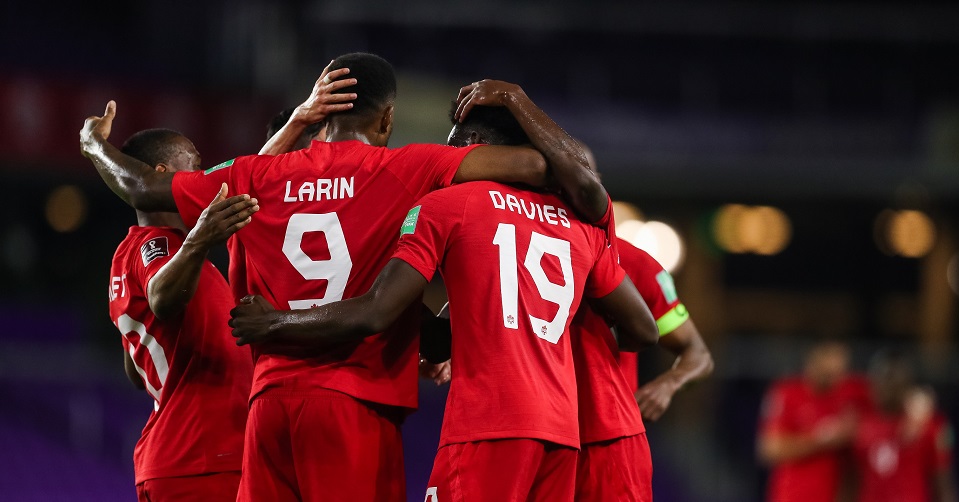 Photo courtesy of Canada Soccer
Article by Candid Frank Stanisci
Host and Columnist of Spanglish World Networks and Spanglish Sports World
TORONTO. - Since 1924 when Canada joined the competition to be the best in the world in the sport of soccer aka “Football” Canada has only scratched the surface. The challenge of scoring goals requires talent which cannot be taught. Defense can be taught and Canada can. In a group of much smaller countries aside from the US and Mexico, Canada has faded out of contention tripping over its inability to find the net.
Another challenge Canada Soccer has is the inability to bring in all its best eligible players to wear the Red Maple Leaf on the International stage. Today one of the best, Calgary born Fikayo Tomori Chelsea FC defender has made the tough decision to represent England and not Canada. Tomori has made his decision based on England offers a platform on the best stage his soccer career than playing for Canada. Tomori has noticed Canada Soccer for the first time has multiple players of the dominant variety. Tomori roomed with Alphonso Davies when he was 15 for Canada. Davies assent noted.
In the there was a disconnect between the National and Provincial Programs. Canada’s Soccer is now about putting the best on the field from Canada as a whole as THE priority. Provinces are now left to put together their best players, in the same way not keying on where the players play but how they play. A no stone unturned policy Nationally and Provincially has and will continue to lead to the best players being identified and trained. The selfishness of the past has been replaced by a Canada win first plan. In turn the Canadian players feel they matter more as does winning
The Road to Qatar is now upon us. Canada’s players have been trained better than at any time in the past. The quality of the players over all is better and depth of the roster is deeper than it has ever been. Canada Soccer’s Men’s National Team has announced their team for the upcoming FIFA World Cup™ Qualifiers. 2022. The reward for Canada’s Pitch Passionate is that Canada can finally have the combination to score a bushel of goals and have the defensive acumen to compete with the very best all over the pitch.
Canada will meet in Florida for their First-Round match against Aruba on June 5th and then travel to Chicago for a Group B match against Suriname on June 8th. Canada will get the chance to bond while playing on the road.
Some that may wear the Red Maple Leaf Samuel Piette  of Le Gardeur, Quebec, defensive midfielder. Samuel Piette a consistent performer. Junior Hoilett, a ball striker, Toronto-born Jonathan Osorio one of the greatest Canadian midfielders ever who holds the record for most appearances with Canada. Alphonso Davies, born in Ghana. The left back and winger is one of the most promising footballers the game has seen at his age.
As always, the threat of disappointment for Canada is always there, but it seems less imposing as it has been in the past. Canada’s players have seen to that.
Canada Soccer FIFA Concacaf Qatar 2022 John Herdman Aruba Bermuda Cayman Islands Suriname Candid Frank Stanisci Spanglish Sports World Spanglish World Networks