For just the second time this season, Raptors lost three in a row 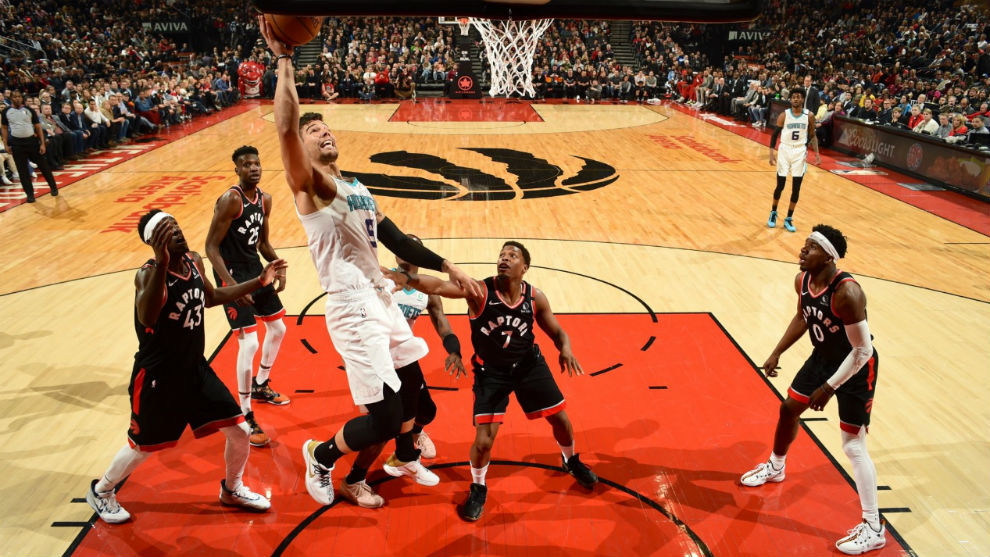 Photo courtesy of marca.com
By Harley Kock, BarnBurner.ca
TORONTO. - The Toronto Raptors were 0-3 this week
The worst stretch of the season so far just happened.
But…
Even though it's not great. I'll explain why it’s not as bad as it may have looked.
Pascal Siakam had a rough five days. He was 21 of 58, for a poor 36 percent shooting in the three losses. But this is what he needs to go through to become a number one option. Come playoff time, stretches like this will be the reason he succeeds. The game versus the Milwaukee Bucks was by far his best. He was doing a good job moving the ball and getting his teammates open looks. The other two are the more concerning games. Siakam was forced to shoot and was 2 of 12 from three-point range. It was tough to watch, but these are the growing pains we thought we would see in the early season. It comes back to teams keying on the Raptors Allstar forward. The way he responds the rest of this five-game road trip will be telling of his future.
Some of the blame can go to Siakam needing to be the big in those final two games versus the Charlotte Hornets and Denver Nuggets. Sure Rondae Hollis-Jefferson got the start but in key moments the Raptors relied on their 6’9 big man. With Marc Gasol still out and Serge Ibaka now also hurt. The most concerning thing going forward, is the health of their bigs.
Speaking of health, one guy did return this week with a vengeance. Norman Powell missed nine straight games but had 22- and 24-point performances this week. It's good to have him back. As it's been all season though, one man in one man out. Fred VanVleet was also injured when Ibaka went down. This team just can’t stay on the floor.
The Raptors other Allstar also had a bad week shooting the basketball. Kyle Lowry was 11 of 40, for 27 percent over this stretch. Like Siakam he was getting good shots and missing. Unlike his fellow Allstar, he was basically just letting it fly from deep. 29 of his 40 shots were from distance. We’ve seen stretches like this from Lowry before, whether it's him being tired or falling too much in love with his jumper, it's a problem for Toronto. One I expect the six-time All Star to fix.
OG Anunoby had himself a week to remember. Two steals versus Milwaukee was already above his average and outstanding against a great team. It was the six versus Charlotte and the seven in Denver that had him on fire. Couple that with a career high 32 points on a fantastic 12 of 16 from the floor. This kid keeps proving people wrong. Anunoby now has a streak of ten straight games with at least one steal.
The thing to look forward to the rest of this west coast trip. Gasol, Ibaka and VanVleet are all with the team and are expected to return at some point over the next four games.