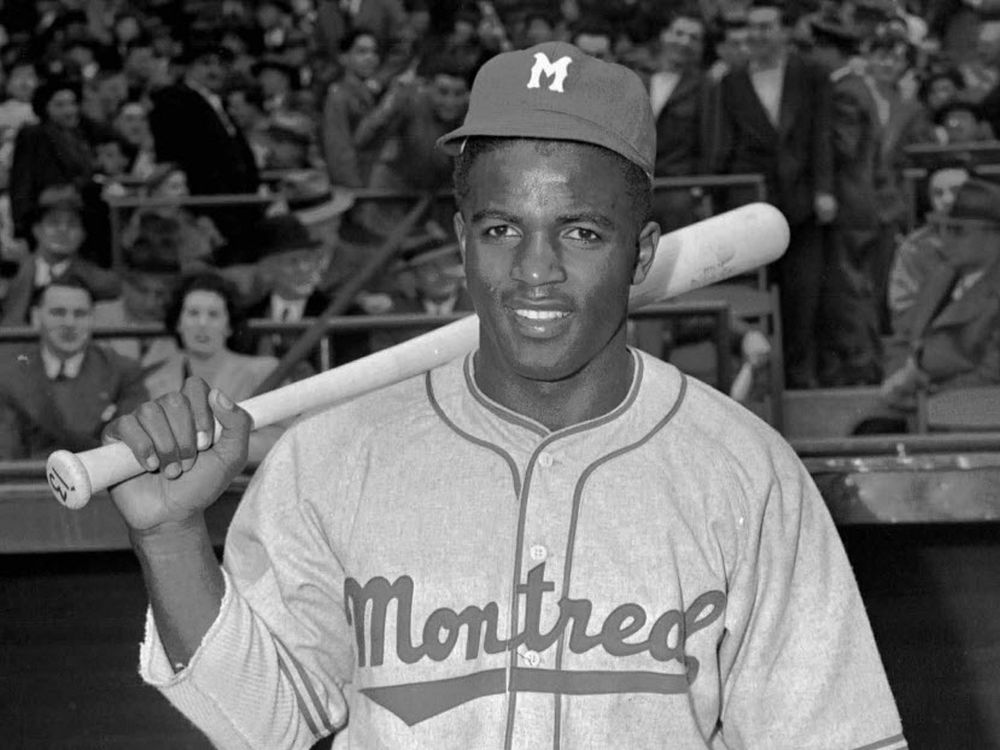 Photos courtesy of Worldwide Sports Network
By: Mark Kelly, Worldwide Sports Network – BarnBurner.ca
TORONTO. - March 17, 2020, marks the start of the 75th season since Jackie Robinson made his first appearance for the Montreal Royals.
For more on Jackie Robinson, please see "42 reasons we love Jackie Robinson" that highlights each number in his career.
Entering Spring Training of the 1946 season, Brooklyn Dodgers manager Leo Durocher was looking forward to his eighth season leading the team. He knew the season would be especially challenging since Dodgers signed Jackie Robinson to a contract on October 23, 1945.
Robinson broke camp with the Dodgers in the spring of 1946. Rickey had already decided he was going to spend that first season with the Dodgers minor league team, the Montreal Royals.
The Dodgers played their spring training home games at City Island Park in Daytona Beach, while the Royals (one of the Dodger's two top farm clubs - the other, the St. Paul Saints trained in Sanford, Florida) worked out at Kelly Field. On March 17, 1946, the Montreal Royals faced the Dodgers at Citi Island Park with Robinson in the lineup, marking the first appearance of an integrated team in organized baseball this century. It would also be the first game Robinson played as a member of the Brooklyn organization. Over 4,000 fans attended the game, including almost 1,000 African-Americans.
Although going hitless in his first game against the Dodgers, he did score a run and played flawlessly in the field. In the next game, he collected three hits and was on his way to a notable 1946 season.
Despite being the first African-American to break into the minor leagues, fans treated Robinson with respect in Montreal. The city grew to love him, and he, in return, it. However, it was a different story when he went on the road.
Robinson officially played in his first regular-season game on April 18, 1946, in Jersey City. He finished 4-5 with four runs, a home run, four RBI, and two stolen bases. 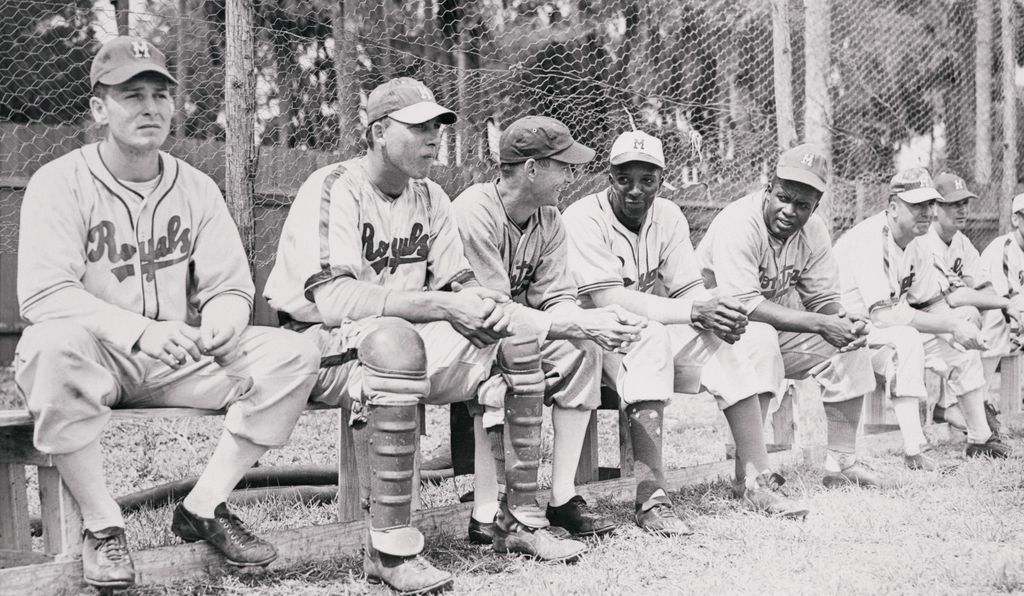 Robinson dominated his season in Montreal. He led the league in batting average (.349), runs (113) and stolen bases (40). The Royals finished with a 100-54 record on the season. His excellent postseason play, which included hitting .400 in the Governors' Cup Championship, helped Montreal defeat the American Association champion Louisville Cardinals in the Little World Series. When spring training started in 1947, everyone was anticipating Robinson joining the big-league team.
Robinson had plenty of opposition concerning him joining the major leagues. First, the 15 other owners voted against the move. However, Rickey had a powerful ally that had the power to overrule the owners. Baseball's new commissioner, Happy Chandler, who took over for Judge Kenesaw Mountain Landis in 1945, sided with Rickey because, among other reasons, he said doing otherwise would have made it difficult to explain his decision when he met his "maker." 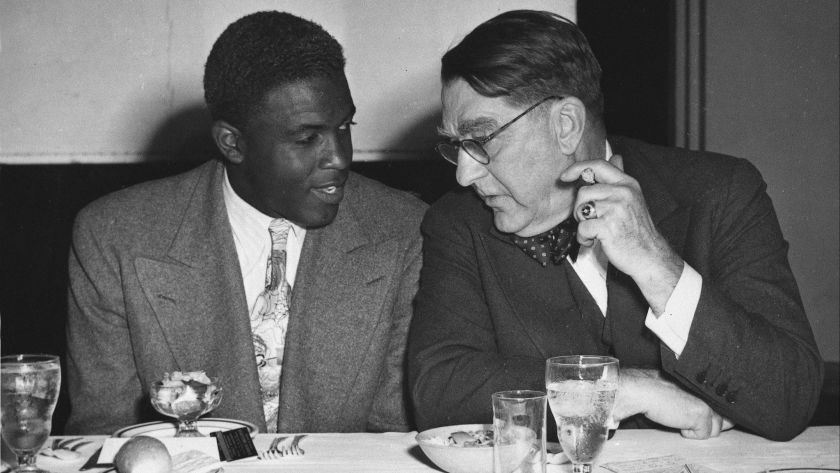 Upon joining the team in spring training, Robinson had come to grips with the issue of racism among his teammates. Alabama-born Dixie Walker was a favorite among the Brooklyn fans and a three-time all-star who had averaged 185 hits and a .324 average over his previous three seasons.
History can be relative, and the facts concerning whether Walker started a petition to have Robinson removed from the roster depends on which inquiring mind is asking (Walker denied ever starting one).
Regardless of the presumed facts, Walker did not need to look far for others that shared his feelings. Hard-throwing right-hander Kirby Higbe from South Carolina bragged that he built his arm strength up by throwing rocks at black children. Relief pitcher Hugh Casey was not shy about expressing his feelings about Robinson. Carl Furrilo hailed from Pennsylvania and let his concerns also be heard (showing the issue was not a North/South issue as some in the media would have you believe). 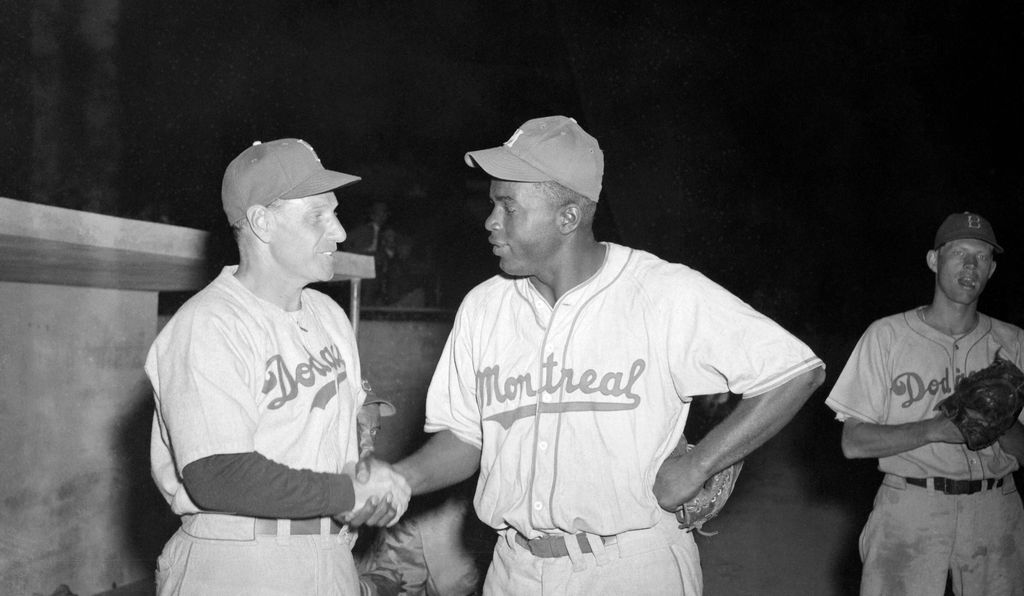 Considering how delicate the situation the Dodgers organization faced, having Durocher as the manager to handle such distractions paid immediate dividends.
Upon hearing the disturbing rumors going around the clubhouse, Durocher decided to intervene. The former captain of the "Gas House Gang" (the 1934 St. Louis Cardinals who were known for their aggressive play and intimidating tactics) put his foot down. He told the team that color did not matter, and he didn't care if he had "stripes like a zebra" that the best players would play regardless of their skin color. He added that Robinson would put money in their pockets, more black players would be on their way, and they "better" get used to it. He closed the meeting by saying that "If any of you cannot use the money, I will see that you are all traded."
Branch Rickey had his unique way of dealing with any players that objected to Robinson's presence. He privately held a meeting with each of the players and pressed the issue to find the real character of each individual. Higbe soon was traded. Walker and backup catcher Bobby Bragan faced critical questioning from Rickey, but both promised that despite their disapproval, it would not affect their effort.
Once Robinson saw that he had Durocher and Rickey's full support, he was able to focus on playing ball. Durocher's ability to handle the press was beneficial to Robinson. The former shortstop was open and brash with the media, often deflecting some of the attention away from Robinson.
Durocher also was ready for baseball to be integrated and was the perfect man for the job of a manager in that first season. As early as 1939, he had told a reporter at the Daily Worker that he wanted to draft "Negro" players from Cuba. He saw the future of baseball early. 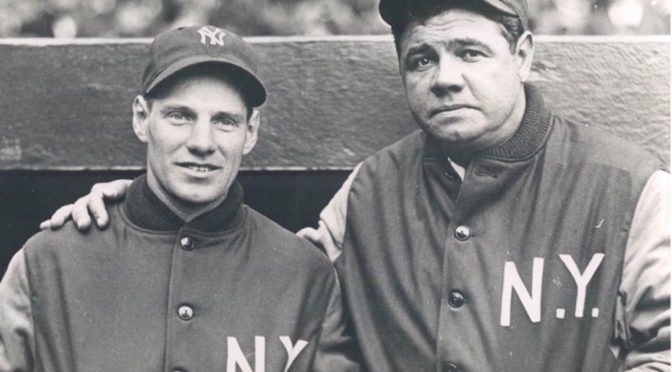 Durocher's introduction to baseball was helped by an African-American friend, David Redd, who encouraged him to try out for the Hartford baseball team, which at that time was a semi-Yankee farm club. A few years later, Durocher found himself a teammate of Babe Ruth on the New York Yankees 1928 World Series Champions.
Durocher and Robinson knew that they were the perfect pair with whom to venture through the 1947 season.
In my next article, I will look at the events that surrounded Leo Durocher as the season approached.