No Taty, Poor Weather Means Only One Point for NYCFC 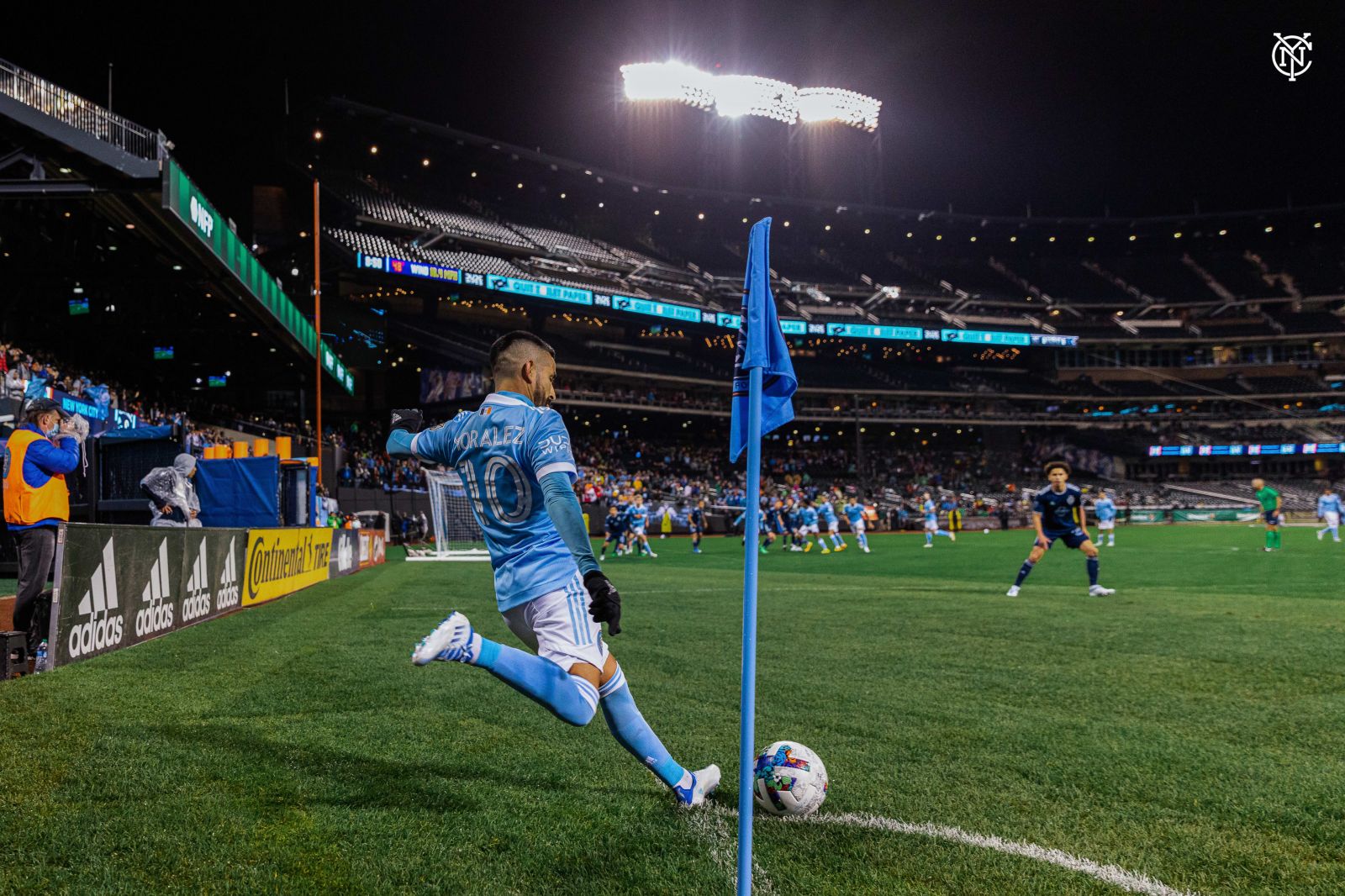 Photo courtesy of NYCFC.com
Article by Scott Churchson, The Sports Den & The Sports Insiders
Host and Journalist Spanglish World Networks, Spanglish Sports World
New York. - On a cold and rainy night in New York for May, the Gents in Blue struggled offensively from start to finish in what can only be described as an offensive slog in a 0-0 tie. Operating without Golden Boot winner Taty Castellanos due to a “lower body injury”, NYCFC managed only three shots on goal (compared to no less than eight each of their previous 5 MLS matches) as the soggy terrain did little to help put shots on net.

Working out of Citi Field in Queens as the Yankees had an intended home game (which in fact was rained out) New York still managed to pull out a point thanks to three saves by Man of the Match Sean Johnson, bringing their unbeaten streak to 4 games with a 3-0-1 record. Statistically New York controlled much of the match with an impressive 74% possession and 85% pass accuracy but the team seemed to struggle getting the ball to Heber in his first start as Castellanos's replacement since coming off an ACL injury.

With the tie the team dropped to 6th place overall with 14 points in 9 matches, however they have 1-2 matches in hand compared to everyone else above them in the East. Next up for the team will be the US Open match against Rochester NY FC team from the MLS Next Pro League on Wednesday, followed by the final match of the MLS home stand against Columbus on Saturday May 14th.

1) Since being eliminated from the Concacaf Champion's League on April 13th by eventual winner the Seattle Sounders, NYCFC has picked up 10 out of a possible 12 points in the four matches since, posting 3 clean sheets and picking up 14 goals.

2) In 9 matches, Talles Magno currently leads the team with 5 assists on the season, compared to none last season in 15 matches. This currently at 1st in the East and second overall in the league behind Diego Fagundez who sits at 6.

3) New York sits at 10 goals in 9 matches and sit at 3rd overall in the East and 7th overall. At the moment FC Dallas has been stingiest at allowing goals, with just 7 given up in 10 matches. Only once this season has that team given up 2 goals in a match.

4) Taty Castellanos's missed start was the first missed game for the Golden Boot winner since the 2020 season. His lower body injury was announced Friday shortly before the match and is presumed to not be serious, as he is expected to be back in the lineup by no later than the Saturday match again Columbus.

5) Their US Open match on Wednesday against Rochester NY FC will be held at Belson Stadium in Queens which is home to the NYCFC II team from MLS Next. All matches in the round of 32 will be between May 10 & 11th and is the first tournament since 2019 when it was won by Atlanta FC before
FIFA Concacaf MLS Soccer NYCFC Sporting KC NYCFC.com Scott Churchson The Sports Den Spanglish Sports World Spanglish World Networks Zingo TV