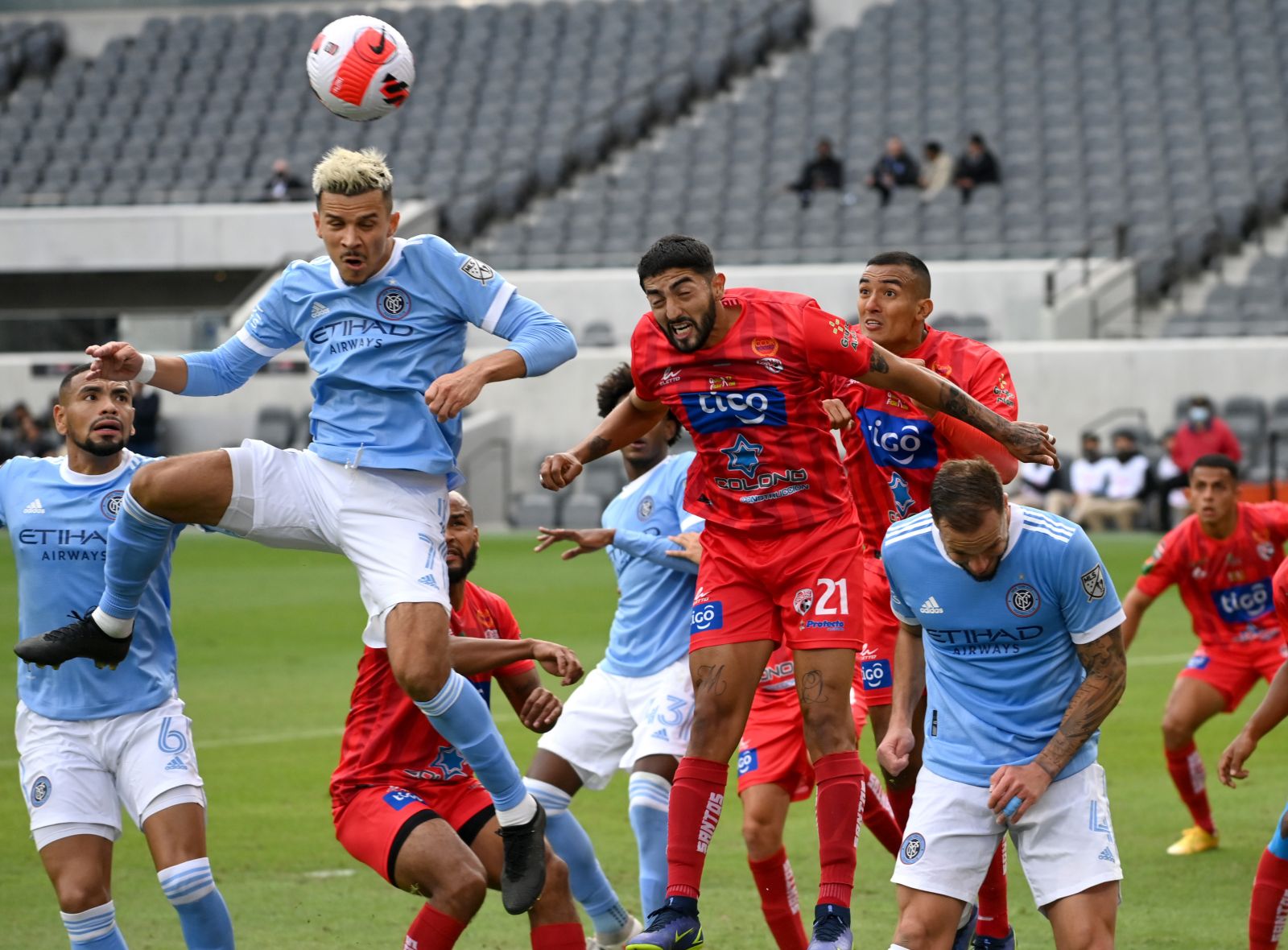 Photo courtesy of Jayne Kamin-Oncea, USA TODAY Sports
Article by Scott Churchson, The Sports Den & The Sports Insiders
Host and Journalist Spanglish World Networks, Spanglish Sports World
New York. - On a night that “technically” would count as the first home match of any sort for NYCFC in 2022 (despite being played in Los Angeles), the Gents in Blue rolled to a 4-0 win (and 6-0 on Aggregate) over Santos De Guápiles thanks to a 20-3 onslaught of shots for each side.
After defeating Santos 2-0 in the road match of the CONCACAF Champions League last Tuesday tonight New York scored in the 32nd, 36th by Alfredo Morales and Maxime Chanot followed by a pair of late goals at 80 & 86 by Brazilian import Talles Magno. Magno, whom the  club dropped 12 million dollars and with a great deal of expectation attached is already showing improvement over his short time with the club last year. Alongside outshouting Santos by a 20-3 margin, they never allowed Santos a shot on target (although a pair of shots did ring off the side goal) held them to a brutal 39% passing lead in the corners department 5-0 as well. Frustration ran high as the match wore on as in the 83rd minute Alvin Bennett the 27 year old Santos Costa Rican defender took a red card for violent conduct.
While CONCACAF is important for bragging rights, the opportunity to fine tune the team leading into the February 27 MLS opener is equally important. The Gents in Blue will start the season again in Los Angeles but this time officially on the road as they take on the LA Galaxy at 5pm Eastern. Confidence after these two matches will no doubt carry over to Sunday.
FIFA CONCACAF CONCACAF Champions League MLS Soccer NYCFC Santos de Guápiles Jayne Kamin-Oncea USA TODAY Sports Scott Churchson The Sports Den The Sports Insiders Spanglish World Networks Spanglish Sports World