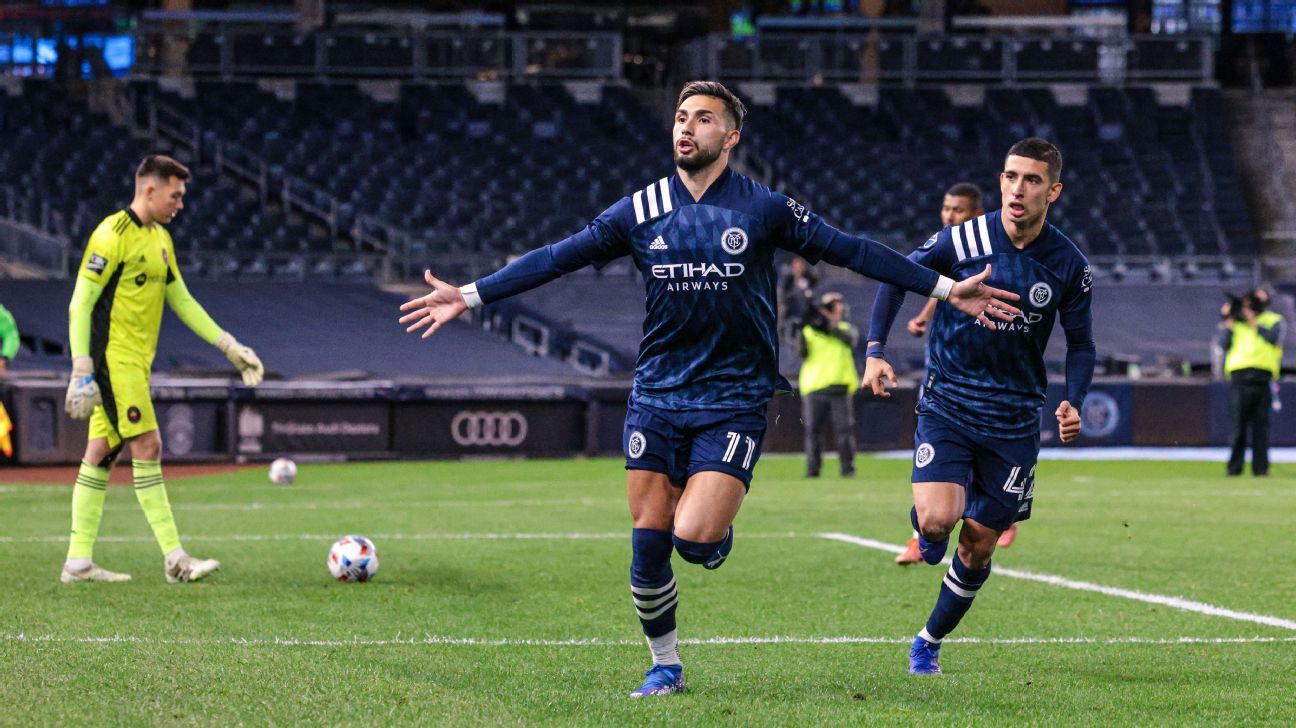 Photo Courtesy of Vincent Carchietta, USA TODAY Sports
Article by Scott Churchson IG: @schurchson
Columnist and Host Spanglish World Networks, Spanglish Sports World
NEW YORK. - In a match that lacked the offensive explosion that was Saturday night, NYCFC picks up 3 points in a 1-0 win over Chicago Fire; putting them in 4th place in the East with two games remaining.
The lone goal came in minute 51 on a Tati Castellanos penalty kick after Fire's Federico Navarro tripped Malte Amundsen along near the far left edge as Amundsen drove the ball toward the end line. Castellanos's goal gives him 16 on the year, 1 behind Ola Kamara of DC United.
Despite the low scoring affair, NYCFC had several chances throughout despite being out shot on target 5 to 4 and having possession of the ball for only 43% of the match. In the 25th minute Thiago's shot rang off the post followed by a called off goal in the 34th minute when Maxi Moralez was declared offside. Early in the second half leading up to the penalty kick, including two saves on Tati shots thanks to 17 year old goalie Gabriel Slonina and a third by Keaton Parks off the crossbar.
Coming up next is their last road match of the year as they take on Inter Miami on Saturday at DRV PNK Stadium in nearby Fort Lauderdale. Inter Miami is all but eliminated from post season contention at this point, trailing by 6 points in the final spot, and currently sitting in 11th place overall. After that it's a week off and one final matchup against current 3rd place team in the East at Yankee Stadium against the Philadelphia Union who currently sit 3 points ahead of NYCFC, also with two matches remaining.
5 Notes:
FIFA Concacaf MLS Soccer NYCFC Chicago Fire Yankee Stadium Vincent Carchietta USA TODAY Sports Scott Churchson The Sports Den Spanglish Sports World Spanglish World Networks Zingo TV