The Premier Lacrosse League (PLL) Continues to Impress on all levels 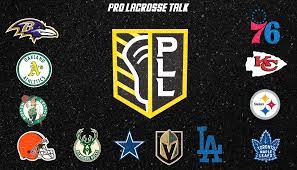 Photo courtesy of pll.com
Article by Gary Groob IG: @ggroob
Columnist and Co-Host Spanglish World Network and Spanglish Sports World
TORONTO. - Since the inception of the Premier Lacrosse League (PLL) it has continued to move forward both on and off the field, for players and for fans alike.  The league was founded by  pro lacrosse player Paul Rabil and his brother Mike. Investors include The Chernin Group, The Raine Group and Joe Tsai (Owner of the San Diego Seals of the NLL, Brooklyn Nets of the NBA, Carolina Hurricanes of the NHL, and co-founder and executive vice chair of Alibaba).

The league, not having home towns, traveling each week to a different city, give fans a chance to see all their favorite players in the same place over a single weekend.  To be able to see Tom Schreiber, Lyle Thompson, Jeff Teat, Blaze Riordan, Randy Staats, Paul Rabil, Trevor Baptiste, etc., all in the same place over the same weekend is a definite marketing plus.

Also having the greatest players the game has to offer has bolstered the profile of the game, making it one of the fastest growing games, even during a pandemic.

The league has signed an exclusive media rights agreement with NBC Sports Group, using Peacock as it's social media platform, as well as the NBC network.

The IMG Academy is the official Preseason Training Facility.  Adidas is the exclusive footwear and apparel brand.  Capital One Bank is the official bank sponsor for the entire PLL and the jersey patch sponsor for the Atlas LC. In February 2020, Ticketmaster signed a deal with the PLL to become the official ticket sales company of the league, as well as having their name added to the league’s name, making it “Premier Lacrosse League Powered by Ticketmaster”. The Premier Lacrosse League has an exclusive partnership with DraftKings, covering betting on the league’s matches.  The league also partners with Gatorade, as the beverage company acts as one of the league’s founding sponsors.

Initial terms of the merger were released on the morning of December 16, 2020. Major League Lacrosse (MLL) and PLL agreed to unite under the "Premier Lacrosse League" name and logo, operating as a tour-based model with no home cities.  The PLL did agree to put more MLL cities on its tour schedule during the 2021 season, helping soften the blow to fans in MLL cities.

When the PLL launched in 2019, the average player salary was $35,000 ($27,000 more than the average in the MLL the previous year). “We offer year-round health care to our players, and our players get PLL stock options,” co-owner Paul Rabil said. “Overall, it is far greater than what pro lacrosse athletes have ever been given.”

"If we can do what David Stern in the NBA did in the 1980s or what Dana White and the Fertitta brothers did more recently to MMA with UFC in the 2000's … then we can turn a traditionally bottom-up sport and unlock meaningful revenue, commercial viability and viewership, in line with a lot of the core sports we have grown to love," said Rabil.

With great minds in both business and lacrosse, the future of professional field lacrosse (for both players and fans) is very bright.  A solid business plan, as well as entertainment value will have this league growing profits and popularity for years to come, making this a win/win for everyone involved.