28 de Enero de 2020 a las 23:07
Photo courtesy of CBS.com
By Eduardo Harari
Toronto. – There are not many people that have impacted the lives of entire generations around the world but this past Sunday, the tragic deaths of Kobe “Black Mamba” Bryant and his daughter Gianna brought the world to a complete halt.
For me and the many who had the honor of having been graced by the humbleness, grace and just purity of Kobe, the news created an immediate void in our souls.
I met him for the first time on Nov 8, 1996 when the Lakers visited Toronto. I remember walking into the locker room and multiple press interviews were running with the main playmakers of the game. I spotted Kobe sitting alone looking at the stats from the game and I approached him and asked for his opinion of the game.
He saw that I was a bit nervous, so he immediately looked at my credential and in a clear and confident Spanish told if you feel more comfortable let do the interview in Spanish. I was overwhelmed and surprised to his command of the language and asked about his Spanish skills and he replied by saying that he enjoyed learning languages due to his upbringing in Italy. 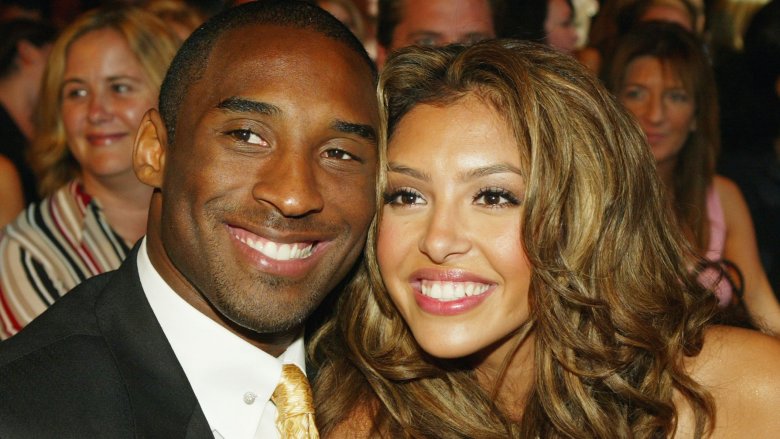 Over the years, I had the pleasure of sharing more time with him during and out of the Basketball world where I truly learned about his passions and work ethic. He was very passionate about family, children and community and believed that it was his mission in life to help young people excel in what ever area they wanted to pursue.
His passion for sport made him very knowledgeable about not just basketball but multiple sports disciplines.
In November 1999, Kobe met 17-year-old Vanessa Laine. The two began dating and became engaged six months later in May 2000, while Laine was still a senior at Marina High School in Huntington Beach, California. To avoid media scrutiny, she finished high school through independent study.
They married on April 18, 2001, at St. Edward the Confessor Catholic Church in Dana Point, California.
The Bryant’s' first child, Natalia, was born in January 2003. Their second daughter, Gianna, was born in May 2006. In early December 2016, Vanessa gave birth to their third daughter, Bianka and in January 2019 the Bryant’s announced they were expecting a fourth daughter. Their daughter, Capri Kobe, was born in June 2019.
Bryant was multilingual. He was fluent in English, Italian and Spanish. Bryant assigned himself the nickname of "Black Mamba", referring to a snakes ability to strike with uncanny accuracy.  During the 2012–13 season, he began referring to himself as "vino" to describe how his play had been aging like a fine wine.
Bryant was a lifelong fan of his hometown NFL team, the Philadelphia Eagles. He was also a fan of soccer teams Barcelona, AC Milan and Manchester City.
Bryant was the official ambassador for After-School All-Stars (ASAS), an American non-profit organization that provides comprehensive after-school programs to children in thirteen US cities. Bryant appeared alongside Zach Braff at the Call of Duty: Black Ops launch event at the Santa Monica Airport, where they presented a $1 million check to the Call of Duty Endowment, an Activision-founded nonprofit organization that helps veterans transition to civilian careers after their military service has ended.
Together with his wife, Bryant founded the Kobe and Vanessa Bryant Family Foundation (KVBFF). Its goals are "helping young people in need, encouraging the development of physical and social skills through sports and assisting the homeless". Bryant spoke of the injustice aimed at homeless people who are blamed for their situation, saying that homelessness should not be ignored or made a low priority. Bryant said he wanted more out of life than just a successful basketball career.
On August 22, 2016, Bryant and his business partner Jeff Stibel launched Bryant-Stibel, a venture capital firm focused on different businesses including media, data, gaming, and technology, with $100 million in funding.
In 2018, Bryant became the first African American to win the Academy Award for Best Animated Short Film and the first former professional athlete to be nominated and to win an Academy Award in any category for his film Dear Basketball.
Many have spoken about the void that will has been left by his early departure of this father, mentor, leader, trail blazer, legend and philanthropist but at this time the only thing that can be said is “Black Mamba”, you will be missed, remembered and remained connected to all of us. Rest in Peace.
Along with the Kobe and Gianna were John Altobelli, a champion baseball coach at Orange Coast College, was killed along with his wife Keri and daughter Alyssa. Christina Mauser, Sarah Chester, Payton Chester, Ara Zobayan.
From myself, La Portada Canada, Spanglish Sports World, Kbuena Radio TV and BarnBurner Network wish the Bryant Family and the families of all the victims of this horrible tragedy our most sincere condolences and strength in this times of sorrow.