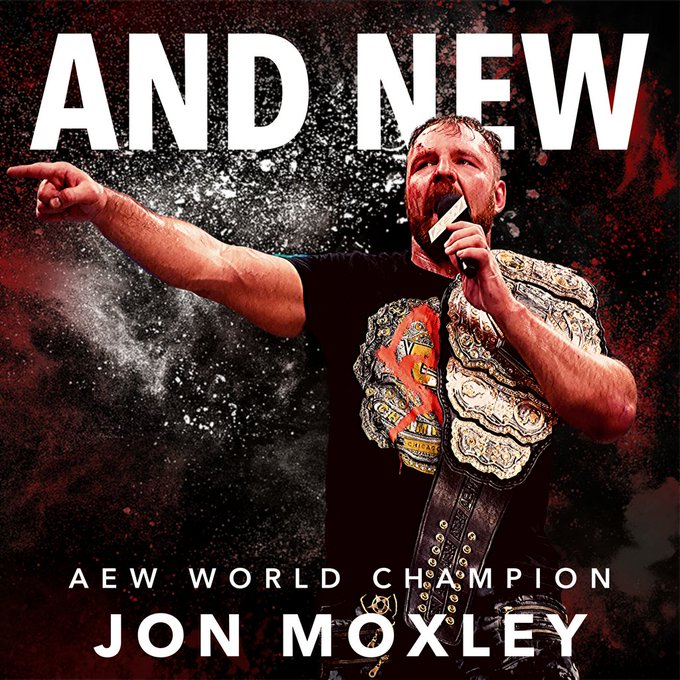 Photo courtesy of All Elite Wrestling
By Giancarlo Aulino – BarnBurner.ca
TORONTO. - After a grueling main event, Jon Moxley is the new AEW World Champion!
AEW held their first pay-per-view event of the year: Revolution last night at the Wintrust Arena in Chicago, Illinois, and fans were treated to an entertaining show that took fans on a rollercoaster of emotions from Kenny Omega embracing with The Young Bucks after a match that many billed as “The Elite Civil War” and his tag team partner, “Hangman” Page, thinking about turning on him, Cody and MJF finally battling it out, with MJF getting the win after hitting his former best friend with the diamond ring, Orange Cassidy catching PAC by surprise and pushing him to his limit, and the main event, which saw Moxley defeat Chris Jericho to become the second World Champion in the company’s history.
The match was a little over 22 minutes and featured many run-ins from members of the Inner Circle, which made it look as though the numbers would be too much for Moxley however, AEW referee Aubrey Edwards sent all the Inner Circle members to back after seeing Jake Hager attack Moxley.
Overall, the match was great and both wrestlers told a great story. Moxley overcoming the odds in the past few weeks as well as the nasty cut above his right eye that he sustained during the match, made for a positive moment to close out an exciting show.
As the new AEW World Champion, Moxley will have a big target on his back as there is a long list of wrestlers who make a strong case for an AEW World Championship opportunity including: MJF, Kenny Omega, “Hangman” Page, PAC, and former champion Chris Jericho, should AEW choose to have a rematch at their next pay-per-view.