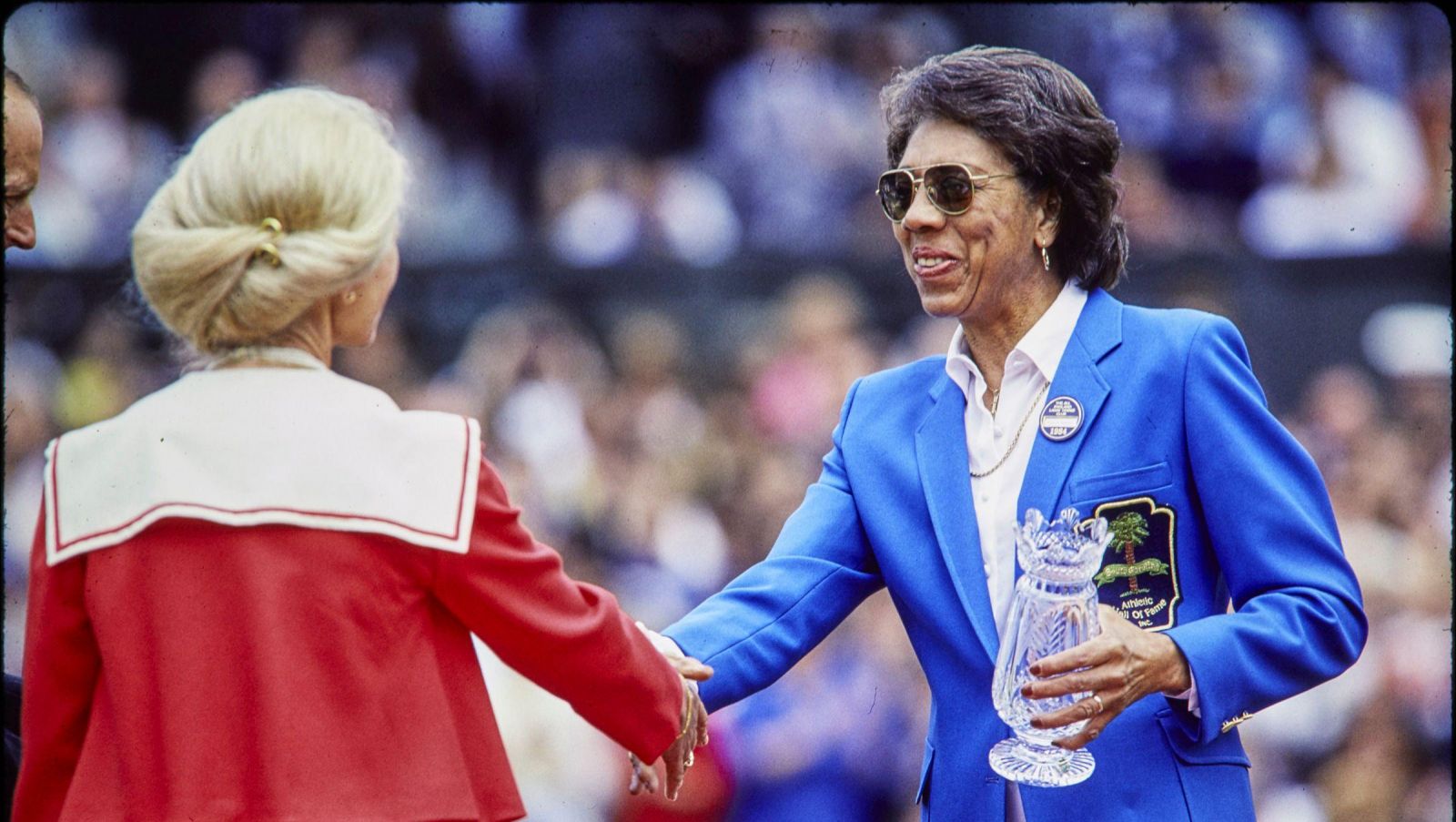 Courtesy of International Tennis Hall of Fame
By: Mark Kelly, Worldwide Sports Network – BarnBurner.ca
In celebration of Black History Month, we are continuing our acknowledgment of pioneers in their sport. Last week we highlighted some of the African-American Jockeys that dominated the Kentucky Derby.
Women's tennis was similar to most other sports in the 1940s, and the United States Lawn Tennis Association (USLTA) did not allow African-American's to participate. Instead, the American Tennis Association (ATA) is where Althea Gibson received her start in tennis.
Gibson dominated the ATA, winning the 1944 & 1945 ATA National Junior Championships. (1) Gibson received national recognition by many in the media as the female that could integrate tennis much like Jackie Robinson did baseball. In 1950 Gibson received help from four-time USLTA singles & doubles champion Alice Marble. Marble spoke of Gibson in the July 1950 issue of American Lawn Tennis Magazine (2), saying, “If Althea Gibson represents a challenge to the present crop of players, then it’s only fair that they meet this challenge on the courts” (3).
On August 22, 1950, Gibson integrated the USLTA when she participated in the U.S. Nationals. After defeating Barbara Knapp in her first match in straight sets, she lost in the next round to Louise Brough (was the current 3-time defending Wimbledon’s champion).
Gibson continued to move up the rankings in the following years and, in 1956, became the first African-American woman to win the French Open. In 1957 she won her first of consecutive Wimbledon and U.S. Nationals titles. The Associated Press awarded her with the female athlete of the year award in 1957 and 1958.
Gibson finished her tennis career with 11 Grand Slam titles and six doubles titles. As a result of her accomplishments, Gibson received induction into the International Tennis Hall of Fame in 1971.
Pioneer in two sports
Gibson was not only gifted at tennis but could also sing (sang on the Ed Sullivan show) and act (appeared in “The Horse Soldiers” alongside John Wayne).
Soon after retiring from tennis, Gibson tried her hand at golf. Standing 5-11, Gibson could drive the ball well, and by 1964 she became the first African-American to join the LPGA tour. Gibson did not master golf like she had tennis, and over her 13-year career, her best finish was second.
A lesson in humanity and generosity
After retiring in 1977, Gibson took a job as a tennis pro, but by the mid-1990s, her health was failing. She also was deep in debt and unable to work. Slumping deeper into depression, Gibson did not take phone calls. She decided her time was up and phoned former doubles partner Angela Buxton in 1995 to say goodbye.
Upon hearing the desperation and sadness in her voice, Buxton interceded. She wrote a letter to Tennis Week Magazine about Gibson’s condition, and a few days later, Gibson started receiving envelopes of money of all currencies sent to her home. Extremely touched, Gibson had no idea how many fans her excellence inspired over the years.
Encouraged, Gibson fought back and survived until 2003 when she died of respiratory failure. It’s not often that a story touches my life as this one has, but as one who suffers from a variety of health issues, Gibson’s legacy and how others stepped in when she needed encouragement gives me hope as well.