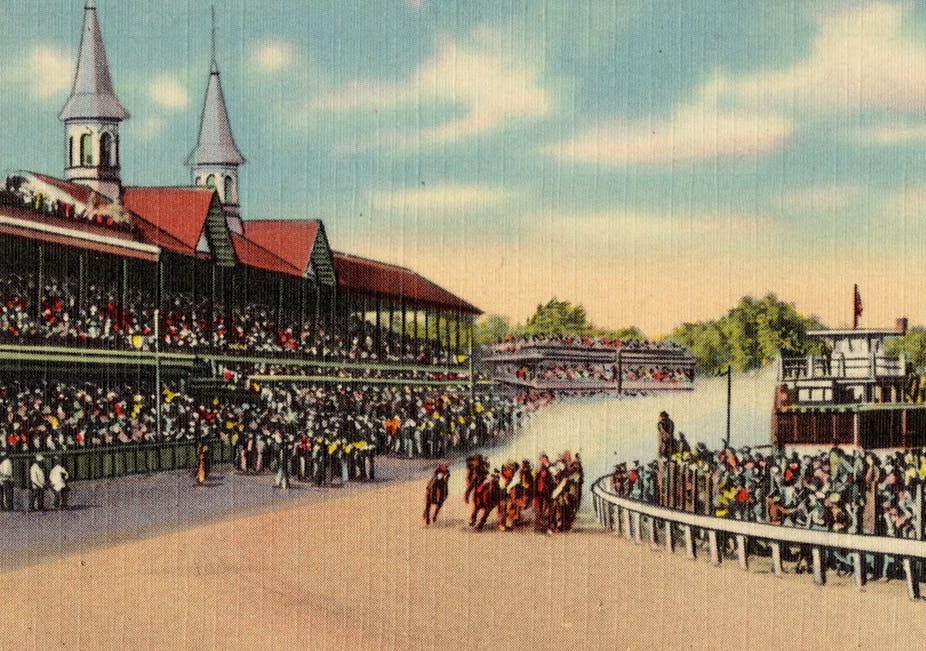 Courtesy of Kentucky Derby Hall of Fame
By: Mark Kelly, Worldwide Sports Network – BarnBurner.ca
February is African-American Awareness Month. In celebration, I would like to recognize some of the athletes that made a difference in their sport.
Being a white sports fan, I can never fully understand the plight of the black athlete. Hearing stories of the disgusting and criminal things that occurred to many African-Americans is beyond what one can humanly express.
My mom raised me to value people by their character. She raised me to understand that a person’s value has nothing to do with their appearance.
Many of my sports heroes growing up were African-American. Magic Johnson remains my favorite athlete of all-time. Jackie Robinson’s courage and determination inspire me every day. The racism and disgusting things that were said and done to him make me ashamed that people could stoop to such a level. While working at ESPN, I drew up “42 Reasons We Love Jackie Robinson” to honor his contributions to society.
Despite the apparent names that most American’s know, many other black athletes pioneered their sport whose names are not familiar.
The Kentucky Derby and Horse Racing
Horse racing is one sport where black jockeys were tremendously successful. Black athletes once dominated the Kentucky Derby. The first Kentucky Derby took place in 1875 and won by Oliver Lewis. Lewis, a 19-year-old African-American native Kentuckian, rode Aristides, a chestnut colt trained by a former slave, to a record-setting victory for a three-year-old. Of the 15 jockeys in that first Kentucky Derby, 13 were African-American. Black jockeys dominated the early results at the Kentucky Derby initially, winning 15 of the first 28 races.
One of the greatest jockeys of that time was Isaac Murphy. Murphy was the first to win consecutive derbies in 1890-91. He went on to win 44 percent of his races, a fantastic winning percentage that still stands as the highest of all-time and will most likely never be challenged.
Alonzo “Lonnie” Clayton, at age 15, was the youngest to win in 1892. He was followed by James “Soup” Perkins, who began racing at age 11 and was victorious in 1895. Willie Simms won in 1896 and 1898. Jimmy “Wink” Winkfield, winning in 1901 and 1902, was the last African American to win. Murphy, Simms, and Winkfield are all inductees in the National Museum of Racing and Hall of Fame in Saratoga Springs, New York.
What Happened?
Mainly Irish immigrants had resented black men’s success at horse racing. They began to force blacks off the tracks in the North, literally.
In New York in 1900, white jockeys told their trainers and owners not to mount black riders if they expected to win. During races, white jockeys boxed in black jockeys and rode them into and often over the rails. They even used their horsewhips against black jockeys during races.
Owners came to see that black riders had slim chances of winning as long as white riders would not accept them. Even Willie Simms, the only black Triple Crown-winning jockey, had to beg for a mount.
By 1904, black riders had virtually disappeared from major racetracks, including Churchill Downs. No black man rode a horse in the Kentucky Derby between 1921 and 2000 until Marlon St. Julien rode Curule to a seventh-place finish.
Kevin Krigger was the last African-American to run in the Kentucky Derby. He ran Goldencents to a 17th place finish in 2013.
I hope we use Black History Month to recognize and celebrate more breakthrough athletes that influenced other sports.