Could the Toronto Rock moving to Hamilton be a breath of life for the team and the league? 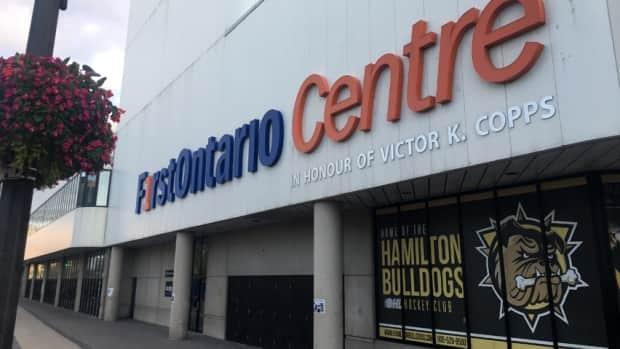 Photo courtesy of Dan Taekema, CBC
Article by Gary Groob IG: @ggroob
Columnist and Co-Host on Spanglish Sports World and Spanglish World Networks
TORONTO. - With the Toronto Rock announcing it's relocation to Hamilton, and the First Ontario Centre this past week, Toronto fans have to look past the sorrow of losing their team, and focus on what positives can be taken from it.

The first reaction always is that of loss, betrayal from the team you loved. A team that you put time, energy, emotion, and money into, almost like a jilted lover.  Taking a closer look though, did they go far away (like some other relocations to different States, and Provinces)?  No, they are still accessible to most of the current fan base.

Jamie Dawick (Owner of the Rock Lacrosse Team) has said many times in interviews, he needed at least 12,000 people in the Scotiabank Arena in order to break even.  Over the years there had been a steady decline in attendance.  The last season the team played only averaged between 8-9000 people.  How long was Mr. Dawick expected to lose money without making a move.

A quick story... a number of years ago the National Lacrosse League (NLL) had a team in Boston called the Blazers.  The arena deal Boston had was expensive (the TD Boston Garden) and gave them no share in concession stand profits.  The team couldn't turn a profit and after a few years, folded.

Fast forward to the Toronto Rock's deal with MLSE, the Rock were paying roughly $45,000 a game in arena rental, also not getting any percentage of concessions.  Without butts in the seats, there was no way to keep this team profitable.

For many years the Rock were rumored to be moving, but year after year Mr. Dawick put his product on the Scotiabank Arena (formerly Air Canada Centre) floor taking a financial hit in the process, trying to keep this storied franchise in the area it had so much success (6 Championships).

Was Covid-19, and not having games for over a year the reason? Was it a failed re-negotiation of the arena deal? We can only speculate.

The deal for playing in Hamilton was for substantially lower rent, with a cut of concessions.

After the initial shock, anger, and/or sadness, how would the Rock's fan base react?  Most understand business, and realize downtown Toronto is very expensive, not only to the team, but also to the fans attending games as well.  Expensive tickets, parking, and places to eat/drink put a strain on families, keeping many people away from the games.

Moving the team to a less expensive city would solve a lot of problems...

The team turns a profit!

The Rock's head office is at the Toronto Rock Athletic Centre (TRAC) in Oakville, a state of the art practice facility that houses minor lacrosse league teams in both House Leagues and Elite Leagues. It is roughly the same distance to downtown Toronto as to downtown Hamilton from this venue, with less traffic to deal with.

The more you examine this as a business the question  really isn't why, but why not sooner?  Contractually I'm sure the Rock were tied to Scotiabank Arena, and after unsuccessful renegotiations looking for a cheaper venue was then on the agenda.

While a lot of people east of Toronto won't make the trip to Hamilton, more people west of the city will start to attend, as well as many loyal fans from Toronto who will also make the trek to Hamilton.

Is there an opportunity for the NLL?

As Frank Stanisci brought up in our talk show, the league should now look to expand to Oshawa, Ontario.

Looking further into this idea, there is an arena that could hold NLL crowds, you could get the fans east of Toronto not traveling with the Rock (Ajax, Cobourg, Oshawa, Peterborough, Whitby, etc.) as well as fans from Toronto who didn't follow the Rock to Hamilton.

Instead of looking at this news as a negative, this could be a huge positive for the league in the future, AND without losing any lacrosse fans from Canada's largest city.
NLL NLLPA Lacrosse NLL.com Gary Groob NLL Talk Spanglish World Network Spanglish Sports World Dan Taekema CBC