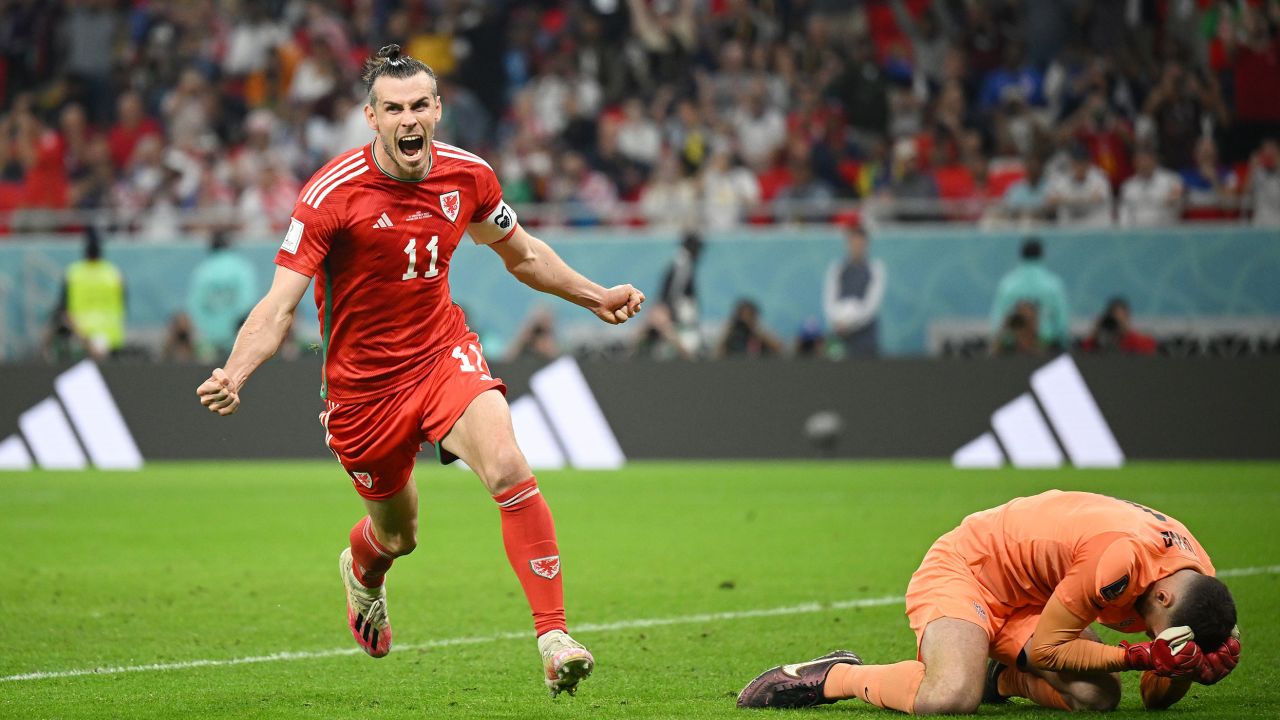 Photo courtesy of Clive Mason, Reuters, Getty Images
Article courtesy of Andrew Cawthorne, Reuters
Doha, Qatar. - Wales captain Gareth Bale cut a frustrated figure against the United States for most of his country's first World Cup game since 1958, barely touching the ball early on let alone making the sort of inspirational impact the fans have come to expect.
Yet, once again, when the going got tough at 1-0 down in the dying minutes, Wales' 33-year-old all-time top scorer came to the rescue, using all his drive and experience to win a penalty against a tiring defence and then converting it brilliantly.
"He's never let us down, has he?" said coach Robert Page. The sentiment was shared by Wales' three million population, not least the raucous "Red Wall" who chanted his name and celebrated the reprieve as if they had won inside Ahmad bin Ali Stadium.
Page deserves credit for Wales' second-half transformation.
By bringing on towering striker Kieffer Moore for the diminutive and ineffective Dan James, he provided a much-needed focus for the Welsh attacks that changed the balance of play after the youthful United States had dominated the first half.
That switch also took the pressure off Bale, freeing him up to find more space to get into the box as he did when he was sliced down for his 82nd minute penalty.
It was Bale's 41st goal for his beloved homeland.
He never made a secret of his greater passion for Wales than for Real Madrid during nine years in the Spanish capital despite winning five Champions League titles, including scoring with a spectacular overhead kick in the 2018 final against Liverpool.
Once he held a flag with the cheeky message: "Wales, Golf, Madrid - in that order".
FITNESS ISSUES
Now Bale is with Los Angeles F.C., whom he helped to a first Major League Soccer Cup championship earlier this month with an extra-time equaliser before they won on penalties.
He has, however, only played 28 minutes of competitive football since September, due to fitness issues that were a major worry for Wales prior to the World Cup.
Club form has seldom been a barometer of how Bale performs for the national team, however, and anyway he almost single-handedly dragged them to the finals in Qatar with all three goals in their playoff wins over Austria and Ukraine.
After a series of agonising heartaches, Wales are at a World Cup for the first time since 64 years ago when a then little-known 17-year-old Brazilian called Pele scored to knock them out in the quarter-finals.
Their self-belief was high after they reached the Euro 2016 semi-finals and the Euro 2020 last 16.
So it was a shock for Wales in the first half when the United States basically overran them with one of the youngest teams in the tournament.
Christian Pulisic, 24, tormented the Welsh defence and put through a beautiful pass for Timothy Weah - the 22-year-old son of former World Player of the Year and current Liberia President George Weah - to open the scoring for the U.S.
Their zestful midfield trio of Yunus Musah, 19, Weston McKennie, 24, and Tyler Adams, 23 - the youngest captain at the World Cup - stifled Wales for 45 minutes and prevented playmakers Bale and Aaron Ramsey from working their magic.
But, as so often, Bale was to change all that in the blink of an eye.
FIFA QATAR 2022 USA Wales Andrew Cawthorne Reuters Clive Mason Getty Images Spanglish World Network Spanglish Sports World La Ronda del Dia World Soccer Report La Portada Canada