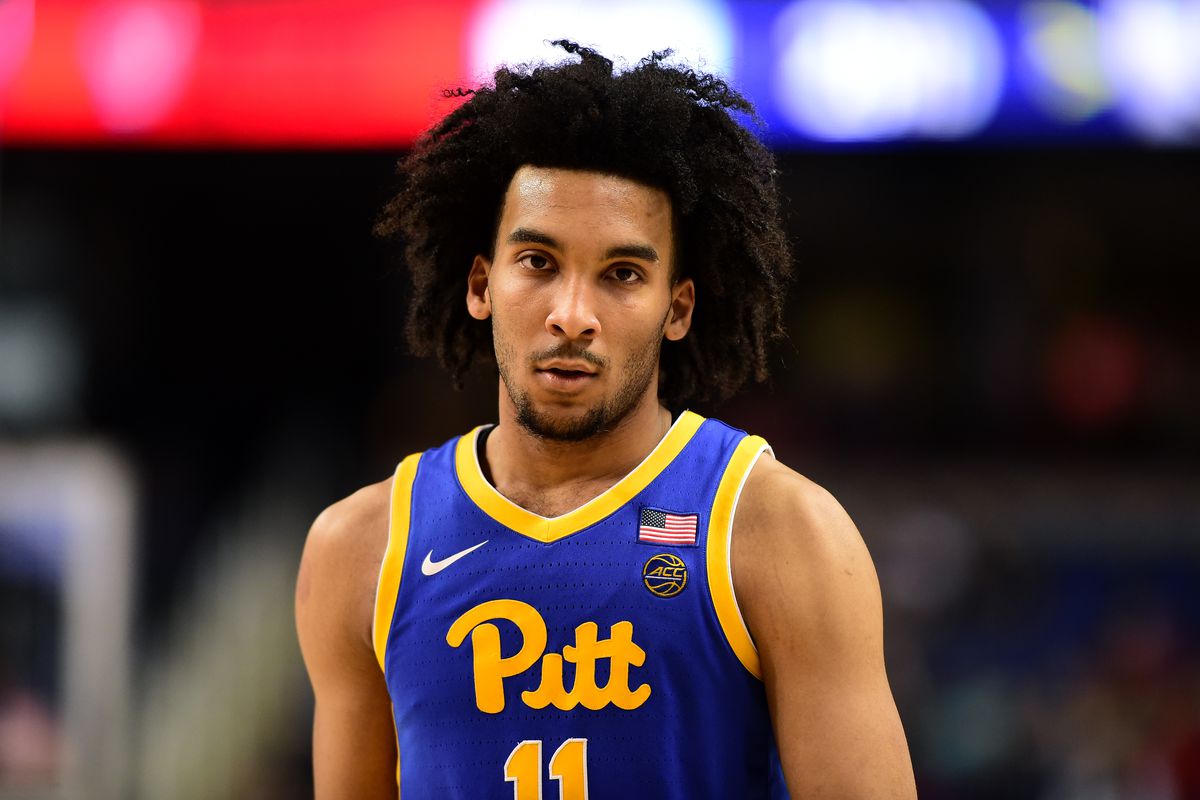 Photo courtesy of Jared C. Tilton, Getty Images
Article courtesy of Stephen Thompson
Pitt News, Senior Staff Writer
TORONTO. - Former Pitt forward Justin Champagnie did not hear his name called during Thursday’s NBA Draft, but did find a temporary home at the next level nonetheless. A 2021 First Team All-ACC selection, Champagnie signed a two-way deal with the Toronto Raptors in the wee hours of Friday morning.
Champagne’s two-way deal is not a full-time NBA contract, but will allow him to move between the NBA and the G League — basketball’s minor league — while remaining under the control of an NBA franchise. He will earn an initial salary of $81,955 with the chance to increase that figure up to $449,155.
By virtue of his two-way contract, Champagnie does not count against Toronto’s 15-man roster and will likely begin the 2021-22 season with the Raptors 905, the Raptors franchise’s G-League team based in Mississauga, Ontario.
Typically, G League players are not attached to a certain franchise and can be called up and signed by anyone in the league. But while he is under the two-way deal with Toronto, Champagne’s rights will belong exclusively to them.
Two-way contracts only allow for a player to spend a certain number of games in the NBA, but what the 2021 limit will be remains a mystery for now. When this category of contract was introduced during the 2017-18 season, players could only spend a maximum of 45 days with the NBA team and were not eligible to play in the postseason.
But after the suspension of the 2019-20 season due to the start of the COVID-19 pandemic, two-way players could be eligible for the playoffs and during the 2021 season, the NBA decided to lift those limits, making two-way players eligible for the entire regular season and playoffs. Players who surpass the 50-game threshold will earn a salary increase that meets the veteran minimum level.
The NBA has not yet announced what parts of the fluctuating two-way contract will carry over to the 2021-22 season or if any past alterations will become permanent.
Champagnie will now turn his focus to the NBA’s Summer League — a preseason tournament running from Aug. 8 to 17 at Thomas & Mack Center and Cox Pavilion in Las Vegas. There, he will compete with other young professionals with similar levels of experience.
The Raptors’ Summer League team will debut against the New York Knicks on ESPN2 on Aug. 8 at 4:30 p.m. Games against Golden State, Houston and Charlotte round out the announced schedule, with one more game guaranteed. The two teams with the best record at the Las Vegas Summer League will play in the championship game on Aug. 17 and the remaining 28 teams will each play an exhibition game against one of the other non-championship teams.
NBA NBAPA Toronto Raptors MLSE Toronto Raptors Advanced Media Stephen Thompson Pitt News Jared C. Tilton Getty Images Spanglish World Networks Spanglish Sports World