Lacrosse...Remembering the past, while looking forward to the future 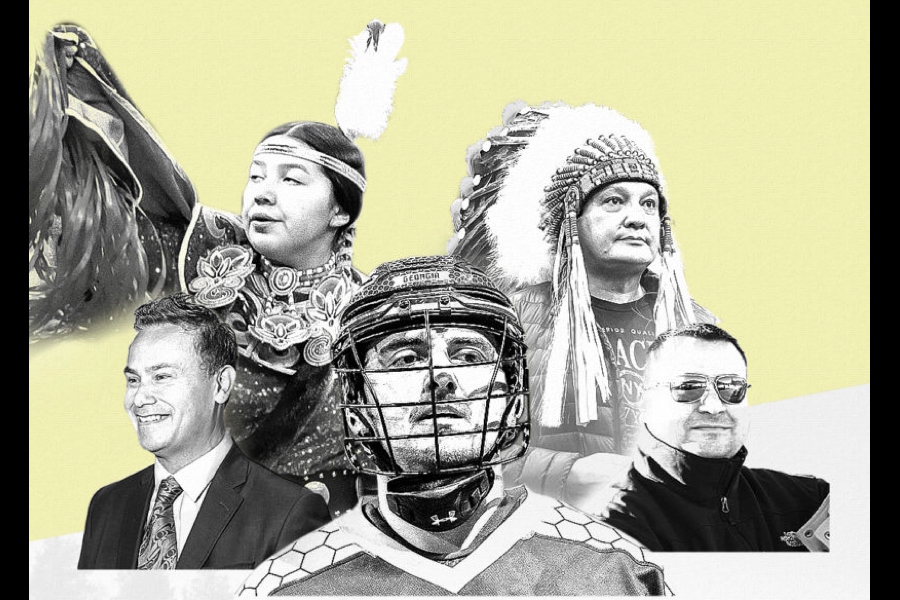 Photo Courtesy of InsideLacrosse.com
Article by Gary Groob
Columnist and Co-Host on Spanglish Sports World and Spanglish World Networks
TORONTO. - Lacrosse is a traditional indigenous people’s game and was first encountered by Europeans when French Jesuit missionaries in the St. Lawrence Valley witnessed the game in the 1630's. Lacrosse for centuries was seen as a key element of cultural identity and spiritual healing to Native Americans, known as the "Creator's Game" and the "Medicine Game".
Box Lacrosse:
Box lacrosse is a modern version of the game that was invented in Canada during the 1920s and 1930s. The roots of indoor lacrosse are obscure, but its invention has been attributed to one Paddy Brennan, a field lacrosse player and referee from Montreal, who, being annoyed by the constant slowing of play from balls going out of bounds in the field game, experimented with indoor games at the Mount Royal Arena during the early 1920s.
The form was also adopted as the primary version of the game played on Native American reservations in the US and Canada by Iroquois and other Native peoples. It is the only sport in which the American indigenous people are sanctioned to compete internationally, participating as the Iroquois Nationals.
Through The Years:
Like all sports, the players have gotten bigger, and faster over the years, but unlike the other sports the game hasn't veered much from it's original roots.
Through the years, unlike the other sports, the National Lacrosse League (NLL), and the Major Indoor Lacrosse League (MILL) previously, have been able to boast having the greatest players on the face of the earth.  Players like John Grant Sr. and Jr., Gary and Paul Gait, Jim Wasson, John Tavaras, Shawn Evans, Tom Schreiber, and many, many more.  Fans always got the absolute best value for their dollar.
The Future is now:
As the game grows, the league grows, and it transitions from part time (with players holding other jobs) to full time, it looks to be bright sunny days ahead for the league, players, and fans.
With the correct people at the helm marketing, getting advertising dollars, plus multimedia and television deals, the sky is the limit to how big this game can grow, and this coming year will give us a good look at some of the major changes made since the lockdown.
More than just TV deals:
While the focus has been on the ESPN & TSN deals (as it should), many other things were added.  For the first time teams have a chance to sell their merchandise on the  Fanatics website, many more sponsors have been recruited for the league, as well as the aforementioned TV and multimedia deals.
Commissioner Nick Sakiewicz had mentioned in our interview back in June, that unlike the old days when teams threw down a carpet, and sold tickets hoping for revenue, now their are many layers, and many ventures the league is involved in to generate financial stability for the teams. Also, the league has come to the aid of teams locked in unfavorable arena deals, and helped with relocating into much better situations.  This has made the league a very favorable place for "Blue Chip" groups to be NLL owners, further stabilizing an already strong structure.
However:
The only thing that concerns me is with growth, will it forget it's roots?  Will it pay homage to all who came before that paved the way for such growth?  Will there be an attempt to change the game?
Time will tell, but if history is any indication, the game is in good hands with people who genuinely care about the past, as much as the future.
My feeling is we all will be the benefactors of the fastest and greatest game on two feet for years to come.  We will also beam with delight when a new generation discovers what we already knew!
As Hall of Famer Jim Wasson said..."With all this in place now, the sky is the limit for how big this game can become".
I agree 100% with Jim on his analogy.  Stay tuned, this is going to be a fun ride for years to come!
NLL NLLPA Lacrosse NLL.com InsideLacrosse.com Gary Groob NLL Talk Spanglish World Network Spanglish Sports World Zingo TV