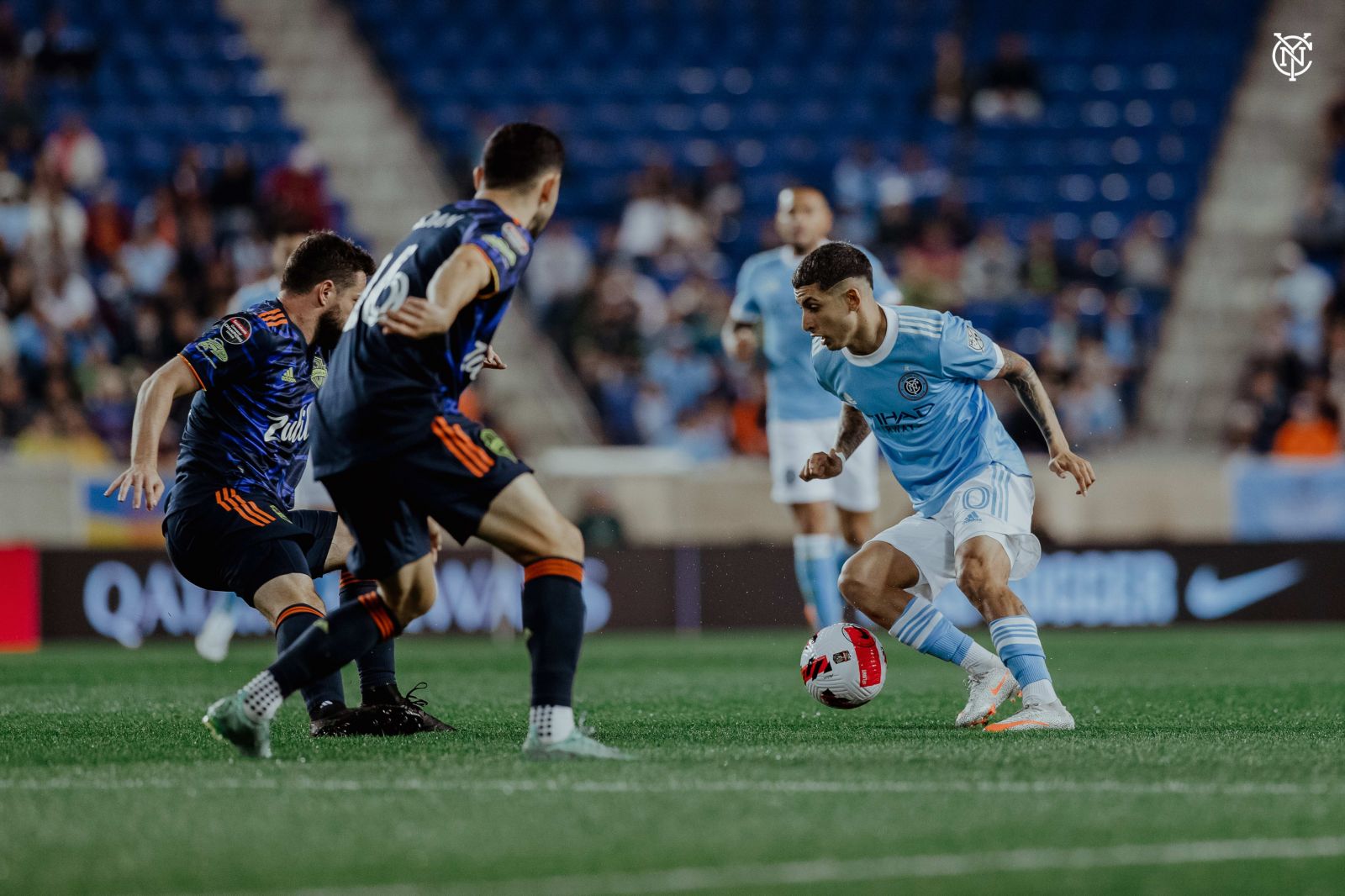 Photo courtesy of NYCFC.com
Article by Scott Churchson, The Sports Den & The Sports Insiders
Host and Journalist Spanglish World Networks, Spanglish Sports World
Seattle. - On a night where the New York City Football Club dominated most of not all stats they were unable to overcome the 2 goal deficit left by their first match against the Sounders in the CONCACAF Champions League as a 1-1 tie meant a 4-2 loss on Aggregate. The Gents in Blue faced an uphill climb after losing 3-1 in the first leg of the semifinals in Seattle last week but threw everything they had into making up the deficit, taking less than 30 seconds into the match before Taty Castellanos took a yellow card; seemingly firing up the team, and the crowd. Quoting head coach Ronny Deila: “I think we had the credit to score at least three goals but their goalkeeper was unbelievable today. But if you’re going to lose, this is the way to lose. We gave everything out there, and that’s what we have to keep on doing.”
Outshooting Seattle by an impressive 24-8 margin, 10-2 in corners and maintaining possession by a near 2-1 margin several chances were stopped short thanks to Sounders goalkeeper Stefan Frei who referred to NYCFC as not only throwing everything including the kitchen sink at him, but the bathtub as well.
Seattle drew heavy ire from the home crowd and several NUCFC coaches and players in the second half as upwards of 8 Sounders players seemingly went down for injuries that after closer review (and much time burned off the clock) seemed to have an impressively speedy level recovery time. With little time added to the clock in retrospect, this was a source of contention from head coach Ronny Deila who stated during the post game press conference that 6 minutes of added time in the second half wasn’t enough.
With NYCFC out of the Champions League, it turns it’s full attention back to MLS as they take on Real Salt Lake at home on Sunday.
5 Notes:
FIFA CONCACAF CONCACAF Champions League MLS Soccer NYCFC Seattle Sounders NYCFC.com Scott Churchson The Sports Den The Sports Insiders Spanglish World Networks Spanglish Sports World