NYCFC Continues CONCACAF Success, thanks in 3-1 To Start Round Two 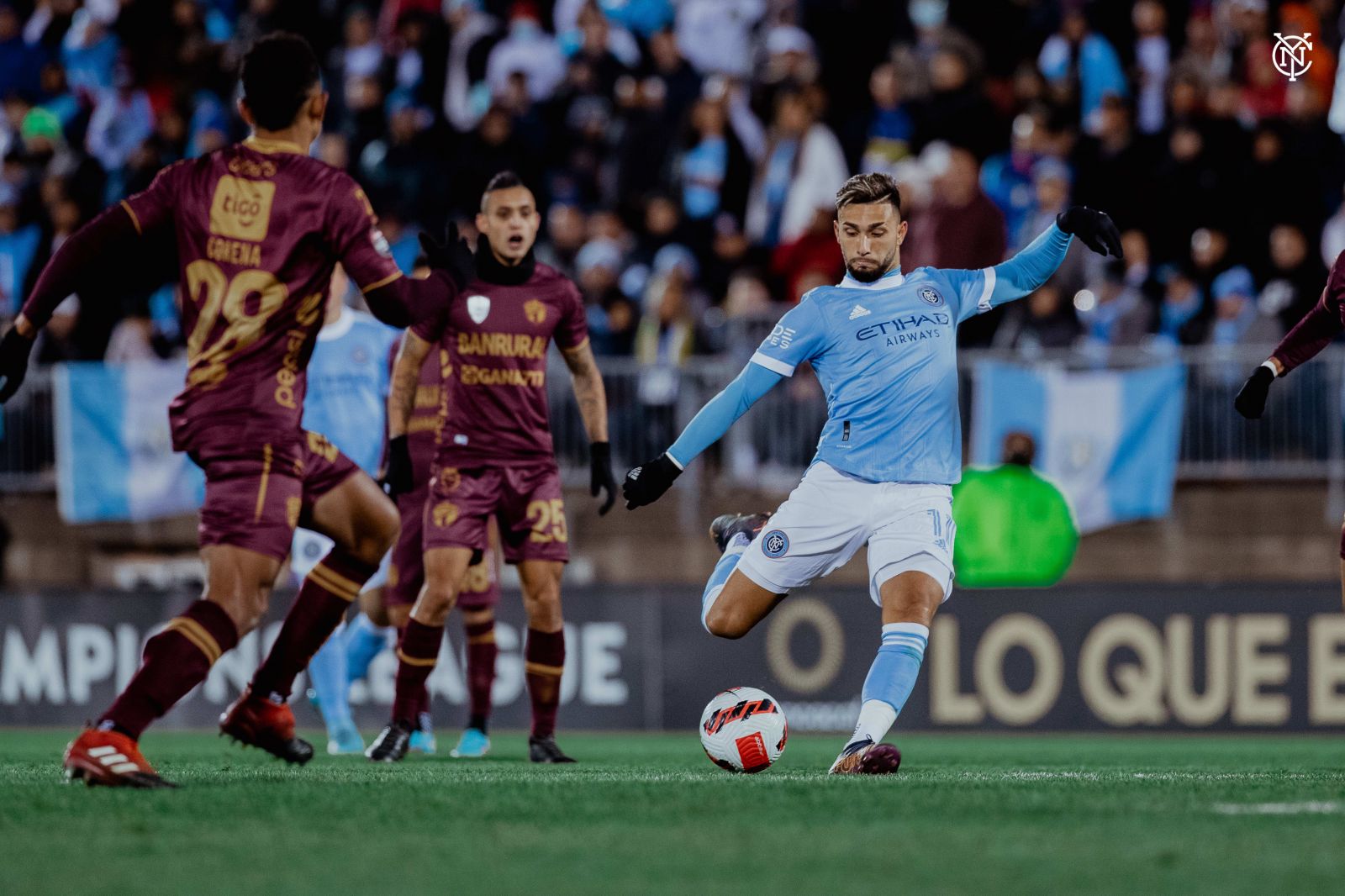 Photo courtesy of NYCFC.com
Article by Scott Churchson, The Sports Den & The Sports Insiders
Host and Journalist Spanglish World Networks, Spanglish Sports World
New York. - NYCFC continues it’s success in the CONCACAF Champions league as round two got underway last night with a 3-1 win over Comunicaciones in the “home” portion of the Quarter-Final. On a night played in chilly East Hartford Connecticut (about 100 miles Northeast of Yankee Stadium) the Gents In Blue struggled initially to find their footing by however by and large controlled most of the match, with a 6-2 shot on target advantage and much of the possession time. After a Talles Magno goal was overturned on a VAR offsides, Taty Castellanos got the scoring officially underway shortly afterwards in the 29th minute, taking a header from a Santiago Rodriguez cross pass for his third goal of the tournament. After a Comunicaciones goal in the 60th minute off a corner kick by Manual Gamboa New York retaliated both five and eleven minutes later respectively, first with a Maxi Moralez mid-air volley from Taty followed by a Rodriguez goal inside the near post at minute 71.
Despite a late shot by the team from Guatemala that rang off the post NYCFC maintained control of the match and pulled out a win to put themselves in control heading into the second half of the Quarterfinals match, this time on Tuesday March 15th in Estadio Doroteo Guamuch Flores Stadium (named after the winner of the 1952 Boston Marathon) in Guatemala City.
5 Notes:
FIFA CONCACAF CONCACAF Champions League MLS Soccer NYCFC Santos de Guápiles Jayne Kamin-Oncea USA TODAY Sports Scott Churchson The Sports Den The Sports Insiders Spanglish World Networks Spanglish Sports World