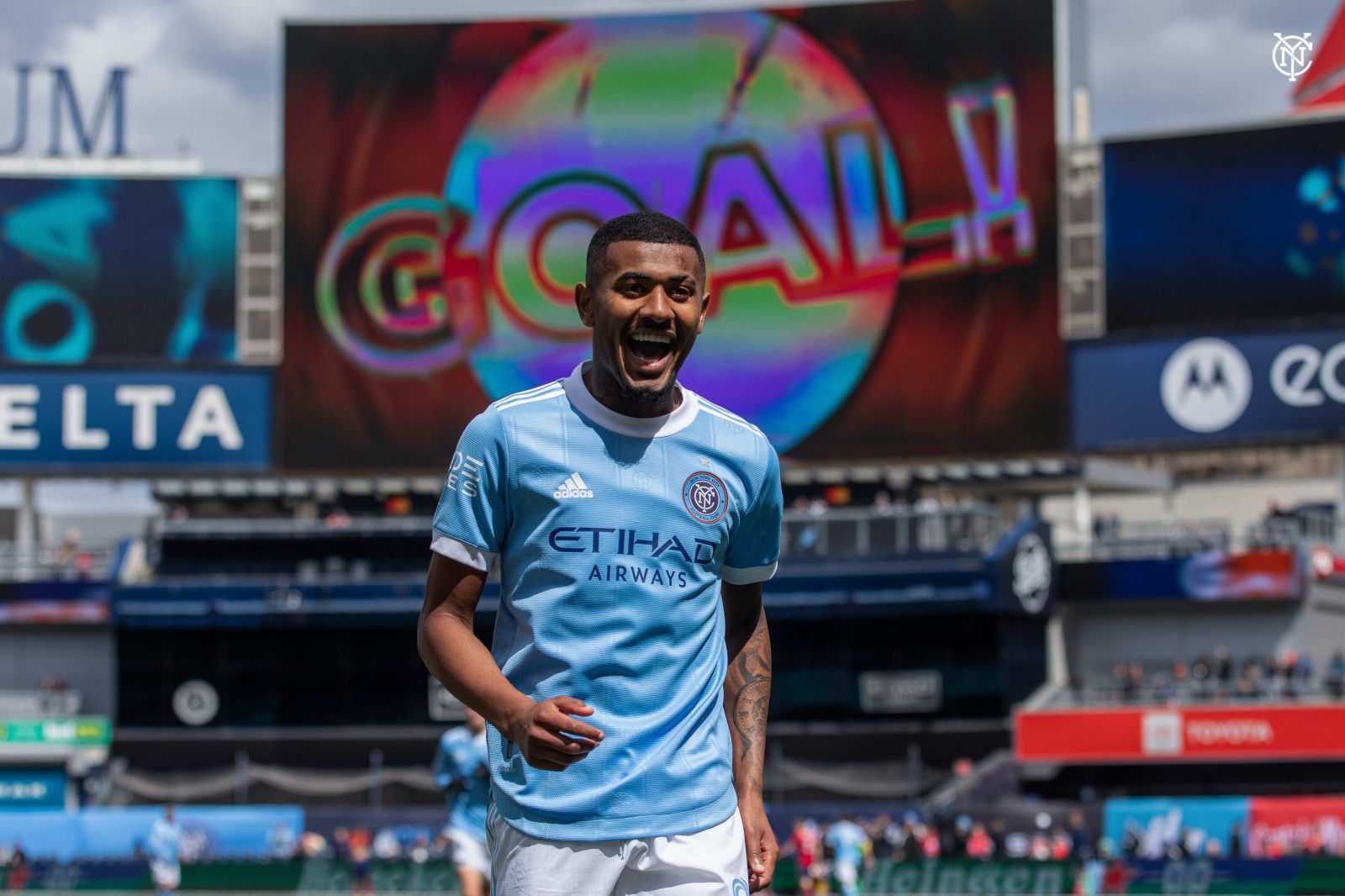 Photo courtesy of NYCFC.com
Article by Scott Churchson, The Sports Den & The Sports Insiders
Host and Journalist Spanglish World Networks, Spanglish Sports World
New York. - The New York City Football Club took out the frustration of their semi-final loss in the Champions League by throttling Real Salt Lake at home 6-0, thanks to a team record 4 goals scored by Taty Castellanos and a pair by Forward Thiago Andrade. The chilly Easter Sunday did little to slow the team down as much Castellanos needed all of 9 minutes to pick up his awaited first goal of the season and the game winner; a header from the centre of the box, but from there the onslaught was just beginning. New York outshot RSL by a 22-12 margin, including 14-5 on goal and being up by 3 at the end of the first half, the team was cruising. With three more in the second half, the Gents In Blue handed Real Salt Lake a tie for it’s worst loss in team history. Head coach Ronny Deila only had praise for his team. “Very impressed by the guys and how they came out this afternoon after the game on Wednesday.  We showed the commitment and what kind of culture is in this group, we played really well from the first to last minute.”
Coming into this match the team was a surprising last place in the east, but quickly jumped from 14th to 10th with the win. Up next for NYCFC is the second match in a five game home stand and a rematch against Toronto, albeit in a new environment, this time playing at “home” at Citi Field.
5 Notes:
FIFA Concacaf MLS Soccer NYCFC Real Salt Lake NYCFC.com Scott Churchson The Sports Den Spanglish Sports World Spanglish World Networks Zingo TV