Resilient Rangers back from the brink as Lightning look to strike 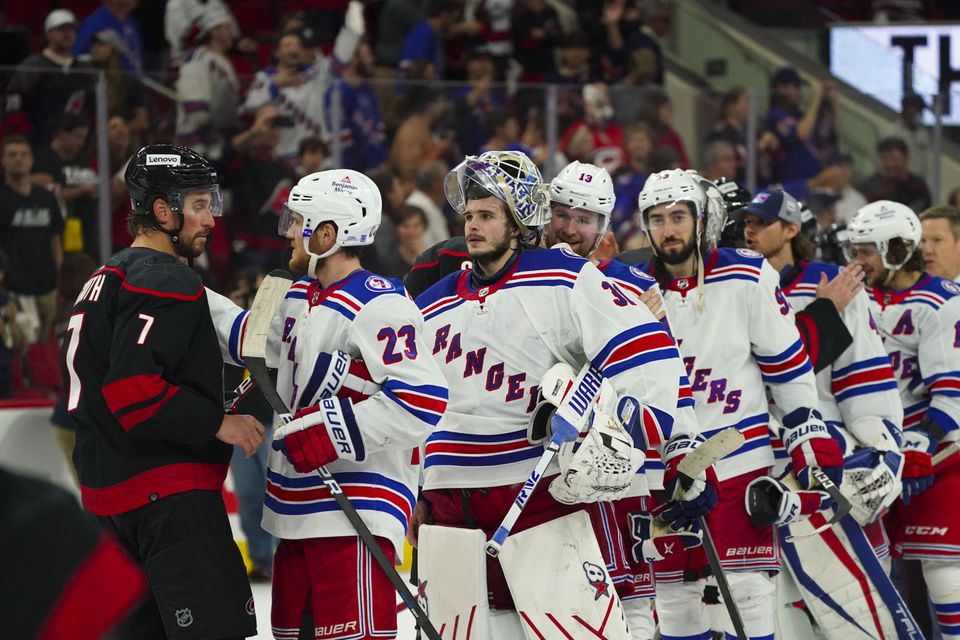 Photo courtesy of James Guillory, USA TODAY Sports
Article courtesy of Amy Tennery, Reuters
New York. - Back from the brink of five elimination games, the resilient New York Rangers say they are battle-tested ahead of the Eastern Conference Final against reigning champion Tampa Bay Lightning.
Down three games to one in their best-of-seven first round against the Pittsburgh Penguins, the Rangers rallied to win their final three outings including an overtime thriller in Game 7.
They recovered from two straight losses to start the next round of the Stanley Cup Playoffs against the Carolina Hurricanes, clinching the series Monday night with a resounding 6-2 demolition on the road. Journey to the cup!
"Last month we've really understood what it takes to win," said alternate captain Ryan Strome, who has recorded two goals and seven assists in the postseason.
"We've had our backs against the wall, five elimination games, so there's definitely some experience we can draw from that."
Their Cinderella run has landed them across the ice from the formidable Tampa Bay Lightning, who ended New York's playoff hopes in 2015, the last time they reached the Conference Finals.
Tampa Bay is aiming to become the first three-peat Stanley Cup champions to emerge from the grueling, two-month-long tournament since the New York Islanders won four in a row in the 1980s. read more
It's not the first time Coach Gerard Gallant has steered an underdog squad deep into the postseason, after leading the Vegas Golden Knights to the Stanley Cup Finals in the franchise's inaugural 2017-2018 season.
"I look at this team and I say we've got obviously more skill than that Vegas team had," he told reporters on Tuesday. "We've had five elimination games so far and the guys just go into those games playing the same way.
"They compete hard, they battle hard, and they want to keep going."
The Rangers take on the Lightning in Game 1 of the Eastern Conference Finals at home in Madison Square Garden on Wednesday.
NHL NHLPA Stanley Cup NY Rangers Tampa Bay Lightning Amy Tennery Reuters James Guillory USA TODAY Sports The Sports Den The Sports Insiders Spanglish Sports World Network Spanglish World Networks La Portada Canada Zingo TV