Teams Are Starting To Take Shape 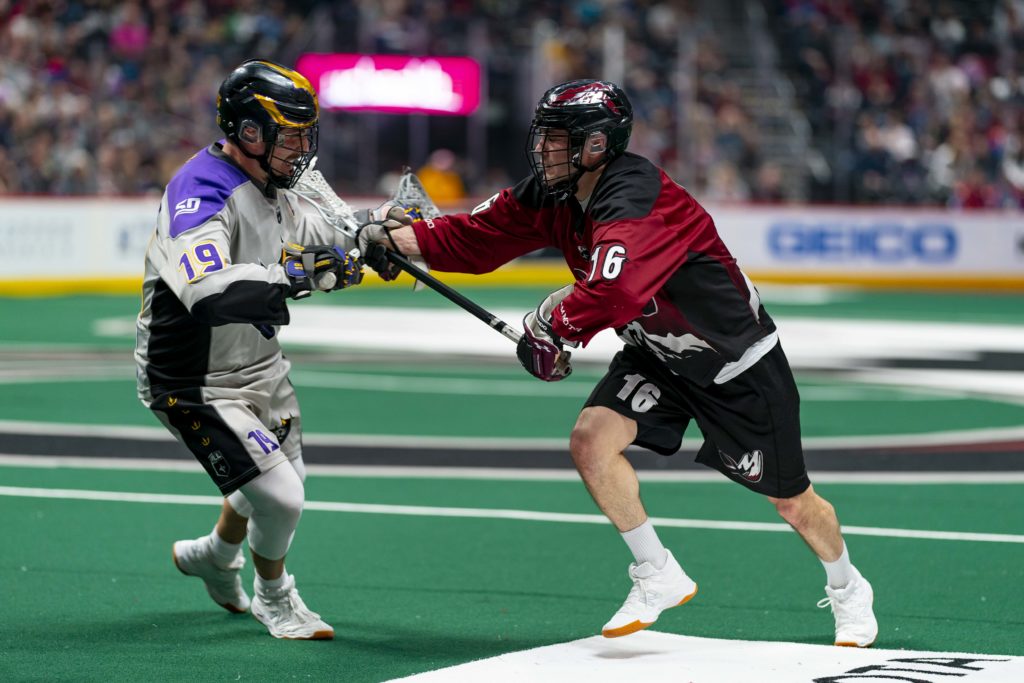 Photo Courtesy of NLL.com
Article by Gary Groob
Columnist and Co-Host on Spanglish Sports World and Spanglish World Networks
TORONTO. - As training camps are coming to an end, and the pre-season has but one week left in it, teams are looking more and more ready for the new NLL season.  As witnessed this past weekend in a couple of games I was able to attend, the passing was much crisper, the defenses a little stingier, and the offenses much more creative with their plays, scoring with precision.  There was also more use of transition plays, keeping their opponents defenses guessing most of the game.
The Cuts:
Inevitably every camp has a fair share of cuts, and while some are surprises, most of the time it is to get their hopefuls more time to develop their game, refine it to the pro level, and get the maximum out of their potential.   Will all of the hopefuls eventually make it? No!  But at least they will be given all the tools, and all the time needed to develop.
The Arena Lacrosse League (ALL):
Paul St. John's Arena Lacrosse League is a perfect vehicle for these prospects to go to.  With NLL rules, pro coaching, and a smaller stage to get ready under less pressure, these players will get the benefits of coaching from top notch coaches, as well as advice from veteran players who are trying to make comebacks.
With the ALL expansion into the west coast, more prospects than ever will be afforded the opportunity to develop their skill levels as best they can.  NLL teams will keep close watch on their prospects, and when opportunity avails itself, will bring in savvy rookies into their mix.
The leagues just had their combines and drafts this past weekend, and started to put it's teams together for a late December start in Langley, B.C., and in Southern Ontario.
How many players can an NLL team carry?
The teams can carry 21 players.  17 runners, 2 goalies, and 2 healthy scratches.  Teams will also carry 4 players on their practice rosters.
The immediate future for teams:
This week teams resumed their camps, and are getting down to their final 25 players.  This coming weekend they will have their last pre-season game, or team scrimmages, getting final looks at players on the bubble.  If there are "shocker" cuts or "surprise" additions, this coming week will be the week for that.
The players are ready for the real show.  The league is anxious to get going, unleashing their new TV deals on the public.  The fans have been buzzing since word came down that there would be a season starting December 3rd.
The season is almost upon us!
NLL NLLPA Lacrosse NLL.com InsideLacrosse.com Gary Groob NLL Talk Spanglish World Network Spanglish Sports World Zingo TV