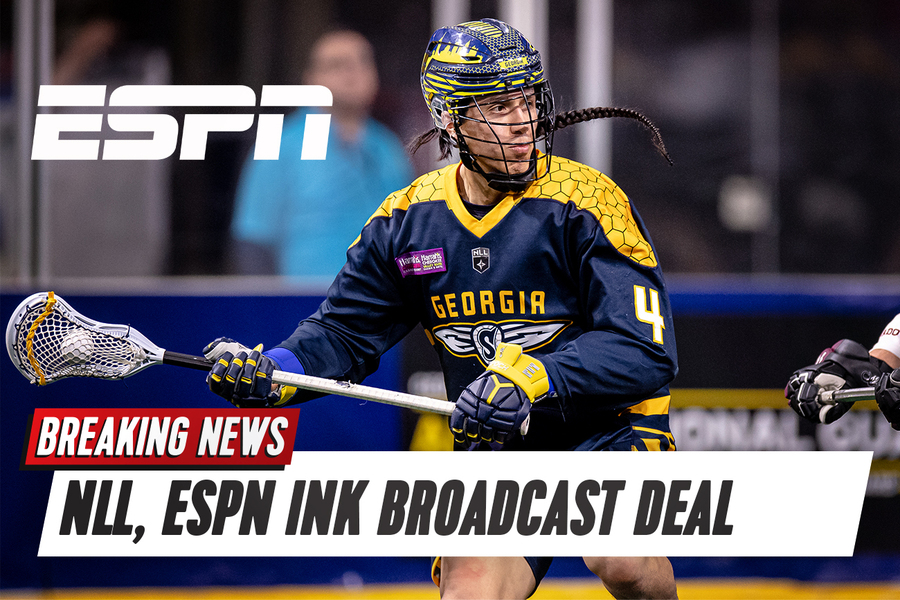 Photo Courtesy of InsideLacrosse.com
Article by Gary Groob
Columnist and Co-Host on Spanglish Sports World and Spanglish World Networks
TORONTO. - Last week the National Lacrosse League (NLL) made news with a historic multi-year signing with ESPN for broadcasting rights to all of it's games.  In a press release the NLL stated that every game of every year of the agreement will be on one of ESPN's broadcast or streaming platforms.
What the agreement covers:
The agreement covers all 139 games of the regular season plus playoffs of the National Lacrosse League yearly, with at least 10 games on their main networks.
A Win/Win for Both Parties:
The NLL will have more exposure than it's ever had in it's 35 year history, with fans being able to stream their games on any device anywhere.  For ESPN, they now are able to fill more content on their newest platform ESPN+, which launched back in 2018.  Recently, the network was able to pick up more than 1000 NHL games per season as well, with a 7 year agreement with the NHL, ESPN and ABC.
An Exciting Time With The Season Around The Corner:
With the season set to begin on December 3rd, and training camps already in progress, the league is ready for a big splash back into the sports world, where they have been dormant since March of 2020.
Even though the league was not playing, they kept making news with the announcements of two expansion teams, Fort Worth - Panther City, and Las Vegas (Panther City set to make their debut in December).  The league also helped two of it's current teams into better situations with relocations (Toronto moved to Hamilton, New England moved to Albany).  Commissioner Nick Sakeiwicz commented "Now these teams have become primary tenants in their buildings, with better dates, and better opportunities to turn profits."
The TSN Deal In Canada:
The league and TSN had announced a similar deal in July for linear and streaming coverage in Canada. These are by far the most significant and comprehensive media-rights packages the NLL has ever had. In the past, it has had selected games on CBS Sports Network and NBC Sports Network, now called NBCSN. But the league’s last major partnership was with FOX Sports Go in 2016.
The sites and Apps are now more user friendly, as well as the fans themselves are more savvy in operating these options on their devices.
What The Main Players Are Saying:
“We are so proud, honored and excited to work with ESPN and ESPN+ in this unprecedented landmark announcement for the NLL,” commissioner Nick Sakiewicz said in a statement. “Never before in the 35-year history of the league have fans, sponsors, teams and players had this type of access and exposure across the United States. While we, our sport and the industry continue to focus on digital native fans, we will also have the benefit of expanded reach through live distribution on ESPN linear networks. We’ve been steadily building on our media strategy and towards this kind of distribution over the last few years and are excited about the momentum an announcement like this generates heading into NLL Faceoff Weekend.”
“We’re thrilled to reach this new multi-year rights agreement with the National Lacrosse League,” ESPN senior director of programming and acquisitions Dan Margulis said in the statement, “adding to our already extensive  to the sport of lacrosse on ESPN platforms. The NLL features elite players
competing in an exciting and fast-paced game that we look forward to showcasing across ESPN and ESPN+ in the years ahead.”
With all these deals in place, and the right management in position in the NLL, the sky is the limit to what "the fastest growing sport in the world" can achieve.  The commissioner also mentioned that he isn't finished with expanding the league in the future.  Stay tuned, the future is going to be very exciting!
NLL NLLPA Lacrosse NLL.com ESPN Nick Sakiewicz Dan Margulis InsideLacrosse.com Gary Groob NLL Talk Spanglish World Network Spanglish Sports World