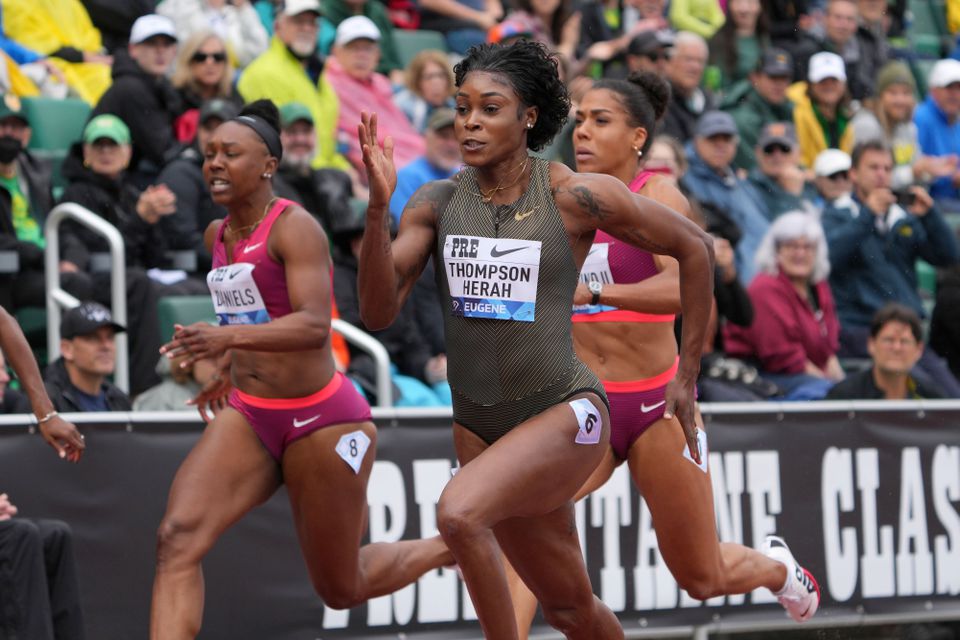 Photo courtesy of Kirby Lee, USA TODAY Sports
Article courtesy of Amy Tennery, Reuters
Eugene, Oregon . -  Olympic champion Elaine Thompson-Herah triumphed in a 100 metres showdown with American Sha'Carri Richardson and Trayvon Bromell won the men's sprint at Saturday's Prefontaine Classic.
Down for most of the race at Hayward Field, Thompson-Herah exploded down the stretch to retain her Eugene Diamond League meet title in 10.79 seconds, 0.13 ahead of Richardson.
"I'm excited, I crossed the line healthy, I didn't care about the time," said the Jamaican, who has been grappling with a shoulder injury and lingering Achilles issues.
"I'm getting into shape; I'm getting where I need to be."
Fellow Jamaican Shericka Jackson, who took bronze in the 100 metres in Tokyo, finished third.
The podium finish was a moment of sweet redemption for Richardson, who finished last in the event when she returned from serving a 30-day suspension in August. 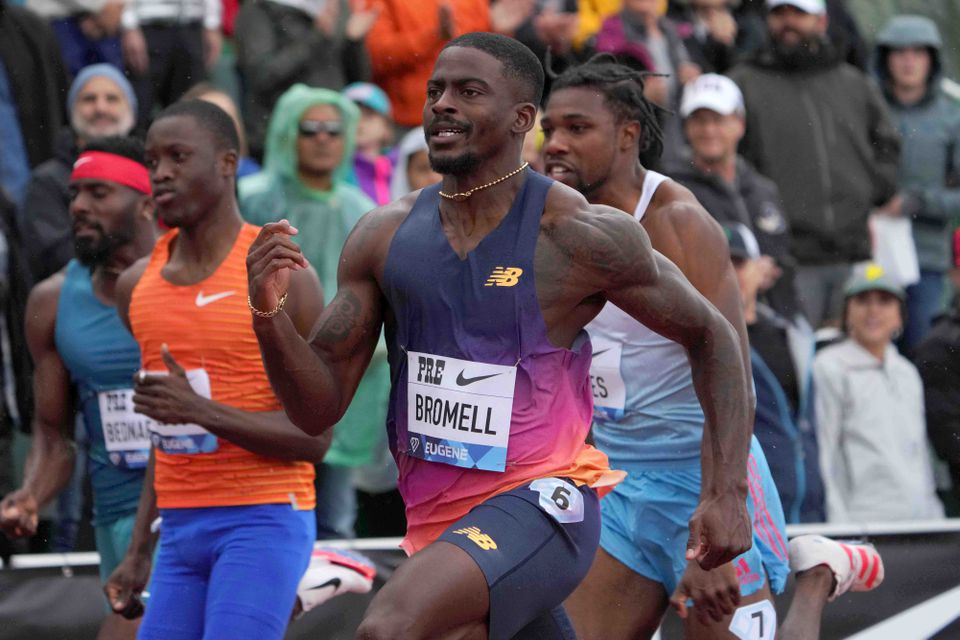 Photo courtesy of Kirby Lee, USA TODAY Sports
On the men's side, Bromell exploded off the blocks and held his arms outstretched in celebration even before he broke the tape in 9.93 seconds, drawing on the roaring crowd as he led an American podium sweep.
Tokyo silver medallist Fred Kerley and world champion Christian Coleman finished second and third, respectively.
"I was happy to come out with a win but there was a lot of technical stuff that I feel like I messed up on," Bromell said. "I'm pretty sure I'm already getting messages from my coach on things that we can fix."
DRY RUN
The meeting served as a dry run for July's world championships, which will be held in the United States for the first time at the recently renovated facility.
Making her 10th appearance at the Pre Classic, three-times Olympic gold medallist Shelly-Ann Fraser-Pryce won the 200 metres in 22.41 but said she had work to do ahead of Jamaica's national trials.
"I definitely have to go back and look if I was able to execute it technically what I wanted," she said.
Twice Olympic champion Faith Kipyegon of Kenya won the 1,500 metres in a world-leading 3:52.59, while Tokyo winner Jasmine Camacho-Quinn of Puerto Rico made light work of the women's 100 metres hurdles in 12.45 seconds.
Tokyo silver medallist Keely Hodgkinson of Britain broke away down the back stretch to hold off world bronze medallist Ajee Wilson in the 800 metres.
Ethiopian Berihu Aregawi brought the fans to their feet as he demolished the men's 5,000 metres field by 16 seconds in a world-leading 12:50.05.
Brazilian Olympic bronze medallist Alison dos Santos improved on his own world-leading time to win the men's 400 metres hurdles in 47.23.
World Athletics USA Athletics Prefontaine Classic Elaine Thompson-Herah Trayvon Bromell Amy Tennery Reuters Kirby Lee USA TODAY Sports The Sports Insiders The Sports Den Spanglish Sports World Spanglish World Networks Zingo TV