Zurdo Makes it 44-0 With 4th Round KO, Next Stop: Another Title 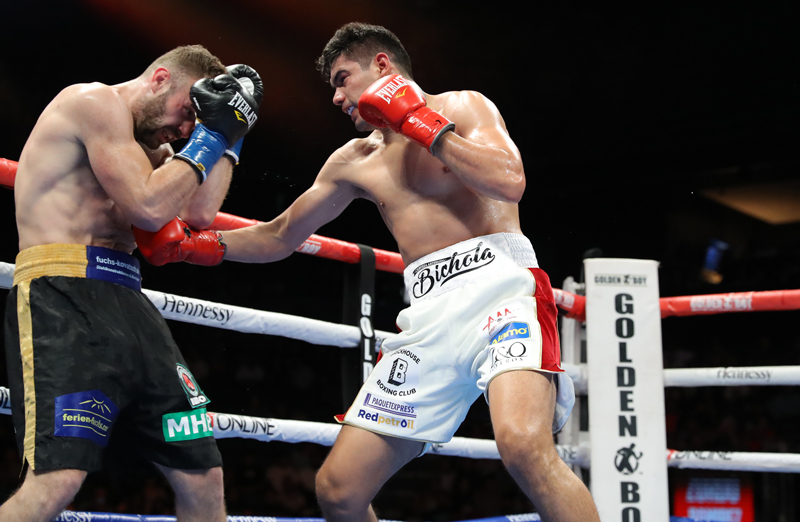 Photo courtesy of NYFights.com
Article by Scott Churchson, The Sports Den & The Sports Insiders
Host and Journalist Spanglish World Networks, Spanglish Sports World
New York. - It took Gilberto “Zurdo” Ramirez just 10 minutes and 33 seconds to lay a beat down on the German fighter Dominic Boesel as the champion from Mexico forced an immediate stoppage after a 4th round knockdown. Taking control of the match early was Zurdo, relying on early uppercuts which broke through Boesel's guard, the German fighter to receive warnings for repeated holds. Much of the match remained in Ramirez's favor, with the waning seconds of the second round being used to focus on the body versus the head. The repeated body blows nearly ended the match between the second & third rounds, as the referee and physician opted to continue the match but felt that a stoppage was possible.

A barrage of body blows mid way through the fourth round brought Boesel to one knee and the fight was immediately stopped without the need for a count.

For Zurdo, Dominic Boesel was always meant to be a stepping stone to fight the winner of the Canelo Alverez/Dmitry Bivol match a week prior, a match won by now 20-0 Bivol. After the match, Ramirez made that point abundantly clear, being quoted as saying. “Everyone knows I want Dmitry Bivol next. Stop running. Stop running and sign the contract.”
WBO Gilberto Zurdo Domenic Boesel NYFights.com Scott Churchson The Sports Den The Sports Insiders Spanglish World Networks Spanglish Sports World