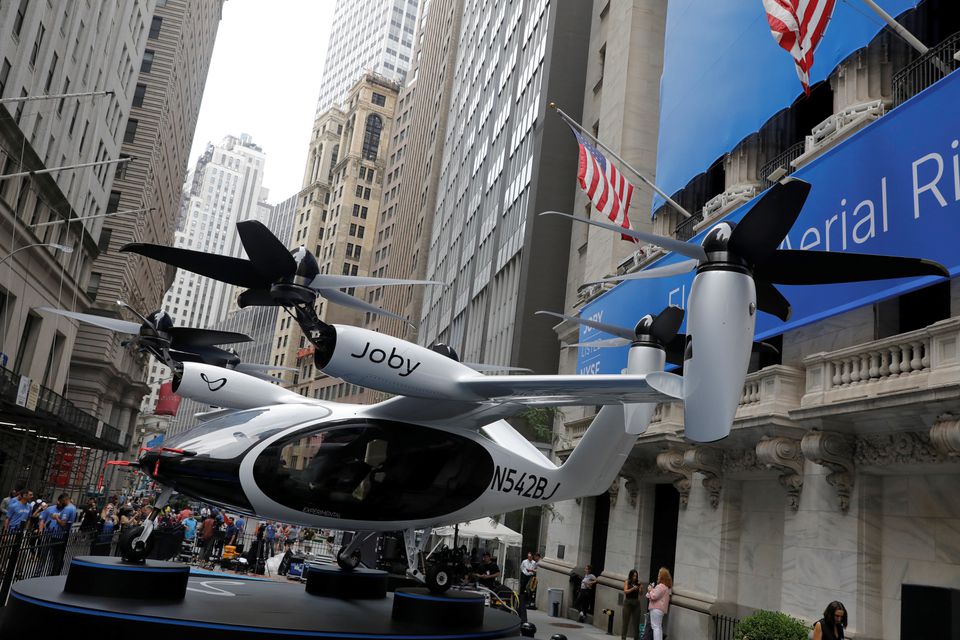 New York. - Joby Aviation Inc (JOBY.N) said on Thursday it had received a certification from the Federal Aviation Administration (FAA) that would allow it to kick start its air-taxi operations commercially.

Although the certification gives the necessary clearance and is a significant milestone, the company still has some regulatory hurdles to clear before its five-seater aircraft can legally fly passengers.

The FAA's Part 135 Air Carrier Certificate is among the three regulatory approvals critical for Joby's planned launch of all-electric aerial ridesharing service in 2024.

The certification will let Joby operate its electric vertical take-off and landing (eVTOL) aircraft as an air taxi service in cities and communities across United States.

In February, Joby's piloted prototype aircraft met with an accident during a flight test at its base in California, but no injuries were reported.

Earlier this month, FAA said it had shifted course on its approach to approving pilots for future eVTOL aircraft but does not expect it to delay certification or operational approvals.

Joby reported a net loss of $62.3 million in the first quarter this year and flagged costs related to aircraft certification and early manufacturing operations.