Miscues cause the Argos their first win 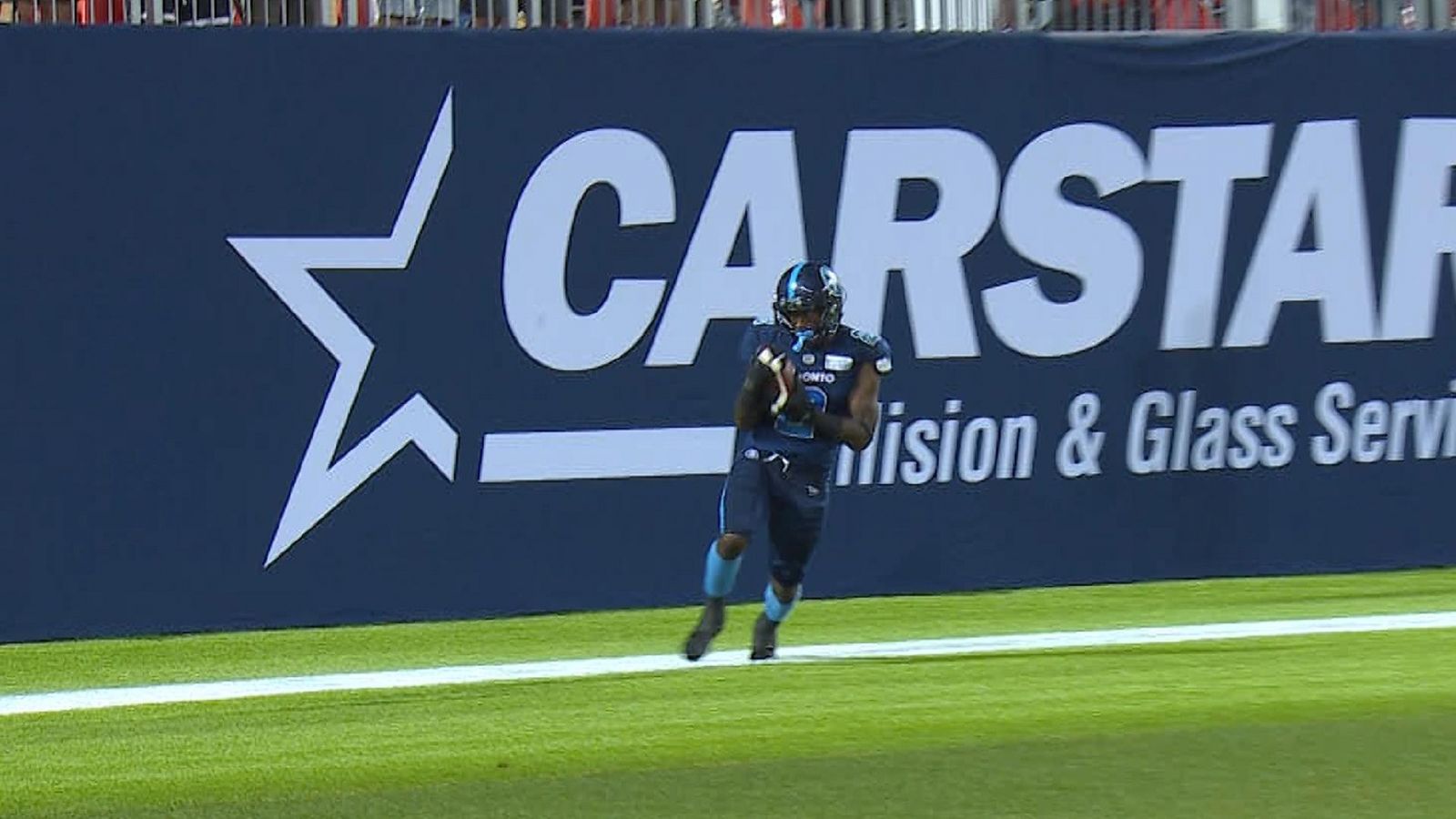 Photo courtesy of CFL Advanced Media
By Eduardo Harari
TORONTO. – It’s a loss that Chris Rainey will remember for a long time due to his miscue which caused the Argos possibly their first win of the season. In what was denominated the battle for the basement of the CFL, the Toronto Argonauts faced the B.C. Lions at BMO Field last night.
For the first time this season, it looked as if the Double Blue were in sync and on their way to getting a 1 in the win column as they were able on their third possession in the 1st quarter to score first and take a 3-0 lead over the Lions on a D. Brown 31 yard field goal.
The game progressed and the Lions struck back to equal the score on a Castillo field goal with 6:59 to go in the 2nd quarter. Half time came and the teams headed into the locker room tied at 3.
It didn’t take long for Durant put B.C. ahead 10-3 in the third with a 29-yard TD grab at 4:46. The play was set up by T.J. Lee's recovery of Wilder Jr.'s fumble that gave B.C. possession at the Toronto 45.
Toronto struck back on Rainey’s amazing 79-yard punt return that pulled Toronto to 10-9 but the first miscue of the Argos evening happened on a missed extra point attempt that sailed wide which changed the momentum of the game.
The Lions struck again with just 1:03 into the fourth on White's three-yard run that boosted B.C.'s lead to 17-9.
With 52 seconds left on the game, Bethel Thompson pulled a rabbit from his hat of tricks and tied the game at 17 with a 23-yard TD pass to James Wilder Jr. and a two-point convert to S.J. Green.
The second miscue of the Argos happened when D. Browns kickoff went out of bounds and gets penalized 12 yards giving B.C. the ball at their own 40-yard line.
Lions QB Mike Reilly walked the Lions to the Argos 30-yard line, setting up a 37-yard field goal. On the field goal attempt, B.C. received an illegal procedure penalty, forcing Castillo to try the 42-yard boot.
Castillo's kick sailed wide for his first miss of the season. Chris Rainey made a perfect grab of the ball but stepped on the back-boundary line, giving B.C. the win.
"I feel like I lost the game for the team," Rainey said. "It (kick) was kind of high, I kept going back and tried not to go too far deep.
"I caught it, took a step, looked and saw the white and heard the whistle. That was it, worst feeling I've ever had."
Coach Corey Chamblin failed to earn his first win as his Argos now take sole control of the basement of the CFL at 0-3. But after being outscored 96-21 in the first two losses, the team was at least in this contest.
"It all comes down to inches," Chamblin said. "Everything is small right now.
"We're close in some areas. If we can shore those up, we can definitely get into the win column."
But, again, Toronto was its own worst enemy, often at the most inopportune time.
“There were a lot of things, whether it was offensively, defensively or on special teams that we had to capitalize,’’ lamented head coach Corey Chamblin. “Like I told the guys, you have to sign your name on it and this is your work. You have to find a way to be a pro.”
"This was all about shooting ourselves in the foot," Bethel-Thompson said. "Different people at different times, it's all the same story and we can't have that three weeks in a row."
Toronto faces its longest road trip of the season which will have them playing in the west coast for three weeks due to the Indy Car Race which takes place this upcoming weekend. The final score of the game was 18-17.
Toronto Argos MLSE CFL CFLPA Corey Chamblin B.C. Lions Bethel-Thompson Chris Rainey D. Brown Castillo Durant T.J. Lee James Wilder Jr. S.J. Green Mike Reilly BMO Field CFL Advanced Media Spanglish Sports World Frecuencia Deportiva Eduardo Harari La Portada Canada

The unexpected only happens in the NBA Part 2

Gold Cup final will define the destiny of both squads

Copa America final will proof to be Peru's biggest challenge