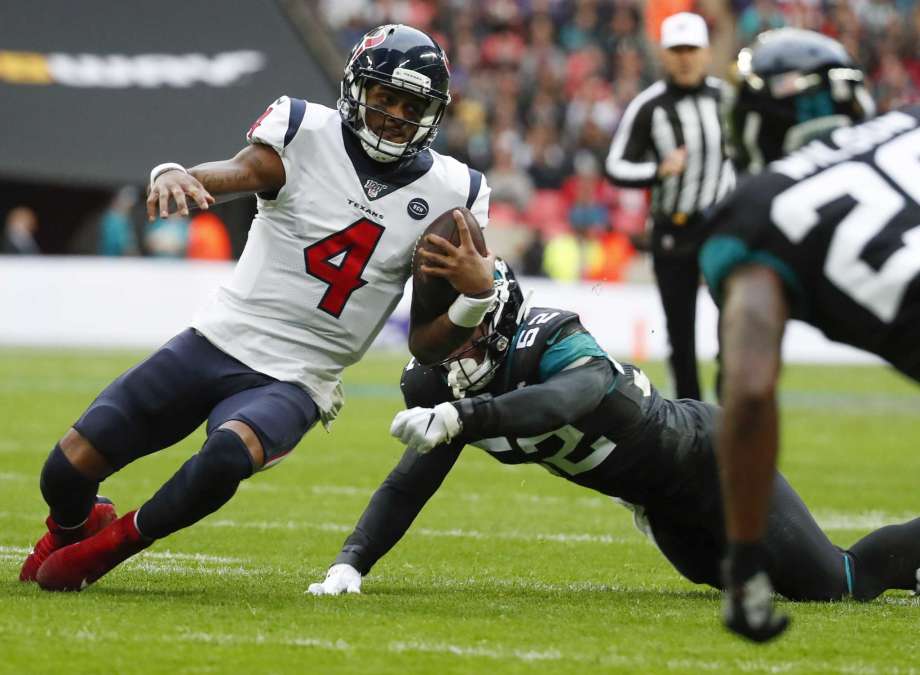 Photo courtesy of Brett Coomer, Houston Chronicle
By Heather Toole – BarnBurner.ca
TORONTO. - What a weekend in the NFL, now with only one undefeated team left and one team left winless. Let’s look at how Sunday played out and some of the head scratching results that may or may not have been envisioned prior to the matchups.
Jacksonville vs. Houston
The Jags struggled to get points on the board at Wembley Stadium, but managed to pressure Houston and keep the score 9-3 going into the break. Second half didn’t look much better, worse for Jacksonville after a hideous special team play that should have been an easy field goal. Overall Watson, Hyde and the gang were too much to handle as they took the game 26-3.
Minnesota vs. Kansas City
Another Mahomes-less game as the Chiefs are not pressuring the return from a knee injury, Matt Moore (back up QB) helped pulled out a win for the team. In all reality the game came down to the final three seconds, where Butker kicked a field goal for the 26-23 win.
New York Jets vs. Miami 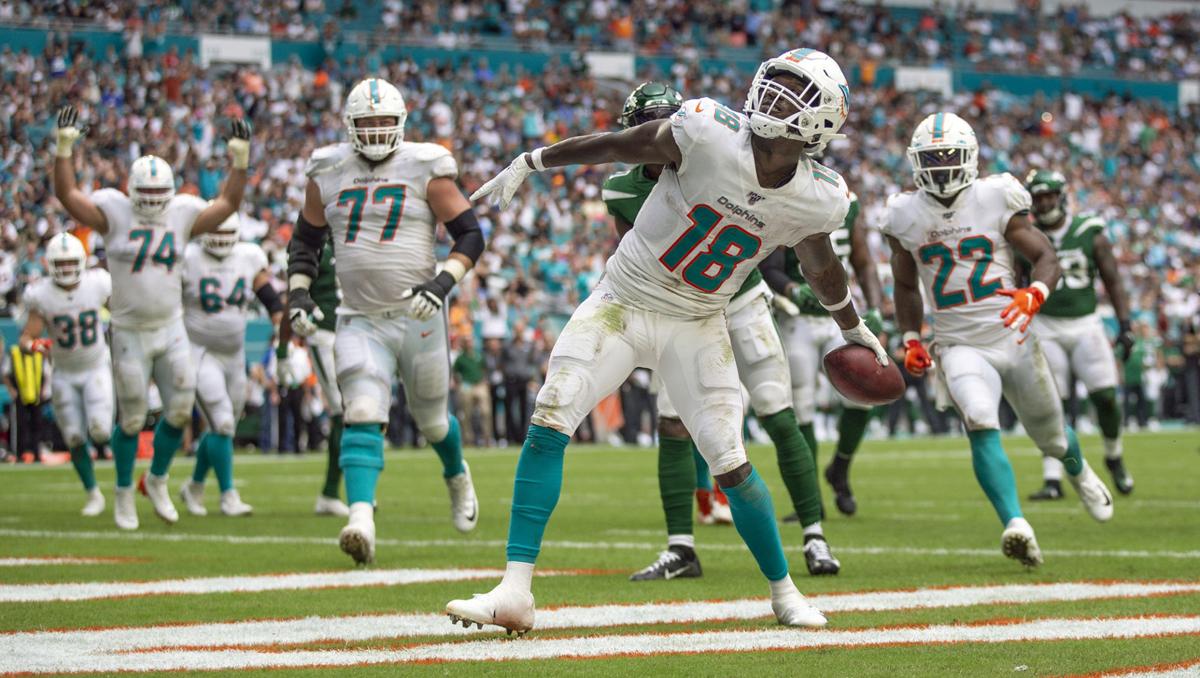 Photo courtesy of Al Diaz, Miami Herald
Miami finally got their first win of the season, 26-18 over the Jets. Perhaps the embarrassment of a failed season thus far put them into action. Whatever it was New York couldn’t handle Fitzpatrick, who threw three touchdown passes, two of which went to rookie Preston Williams. Could the win hurt their position to get the No. 1 overall pick in the 2020 NFL draft, only time will tell.
Indianapolis vs. Pittsburgh
Another game another Quarter Back injury, this time Jacobi Brissett who left in the second quarter with a knee injury. The injury coupled with Minkah Fitzpatrick’s interception return, turned touchdown (96-yards) and kicker Adam Vinatieri's missed go-ahead 43-yard field goal attempt gave the Steelers the 26-24 victory.
Chicago vs. Philadelphia
Chicago continues to look troubled as they fell 22-14 to Philadelphia. The Eagles were sitting easy at 19-0 in the third quarter, when the Bears rallied with two touch down runs by David Montgomery bringing the game within 5 points. Elliott kicked his third field goal of the day, a 38-yarder, with just 25 seconds remaining securing the win for the Eagles, who now enter a bye week.
Tennessee vs. Carolina
A slow start for the Titans who did not get a single point in the first half of Sunday’s match up, stopped them from being able to catch Running Back Christian McCaffrey and the Panthers.  McCaffrey had three touchdowns in the game and 166 total yards from scrimmage. Tennessee tried to fight back getting 20 points in the second half but fell short 30-20.
Washington vs. Buffalo 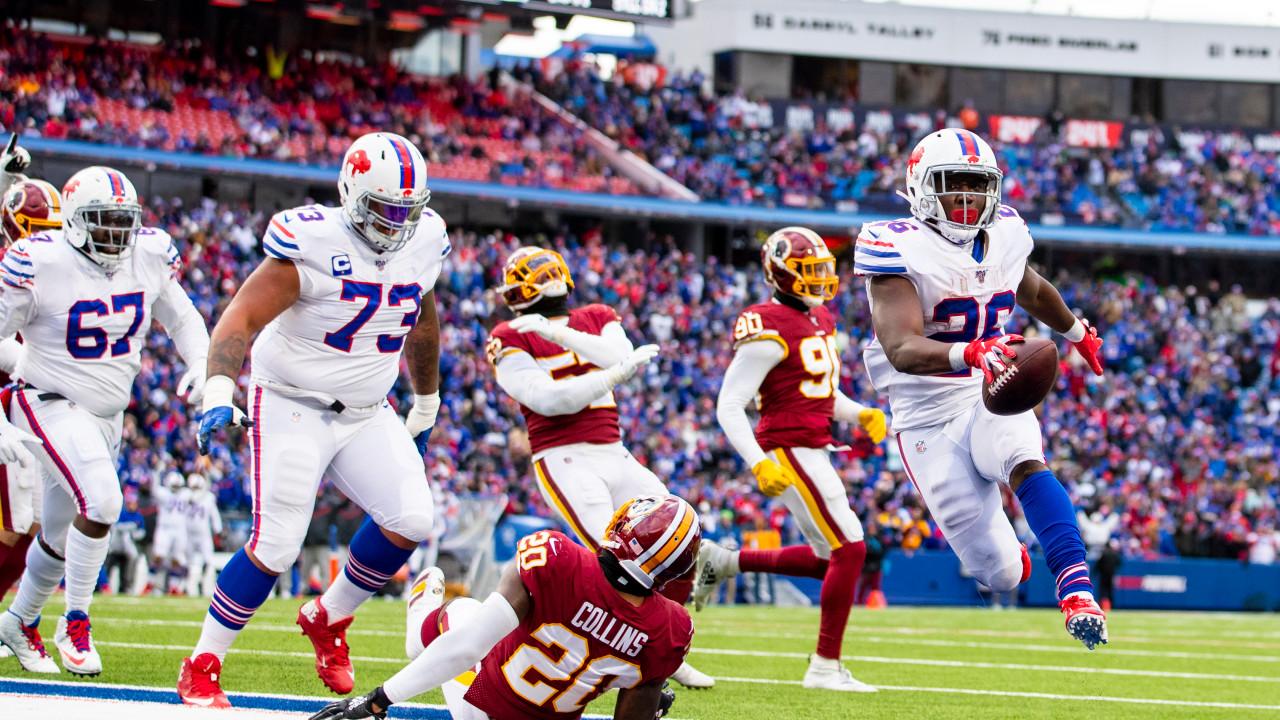 Photo courtesy of Brett Carlsen, Getty Images
For the fifth time in franchise history the Bills are 6-2 in the season, after defeating Washington 24-9. Defensively the Bills did a good job of keeping Washington out of the endzone and sacked quarterback Dwayne Haskins four times. The offense gave attention to Singletary who had an amazing first quarter and carried that mojo throughout the game.
Tampa Bay vs. Seattle
A game that was much closer than anticipated by many, Seattle managed to hold on and take the win 40-34 in overtime. Russel Wilson threw 5 touch down passes in the game, which saw them down 21-7 at one point. Three injuries in the first half to the Bucs (two starters and a key reserve) could have been the difference maker, but that’s all speculation now.
Detroit vs. Oakland 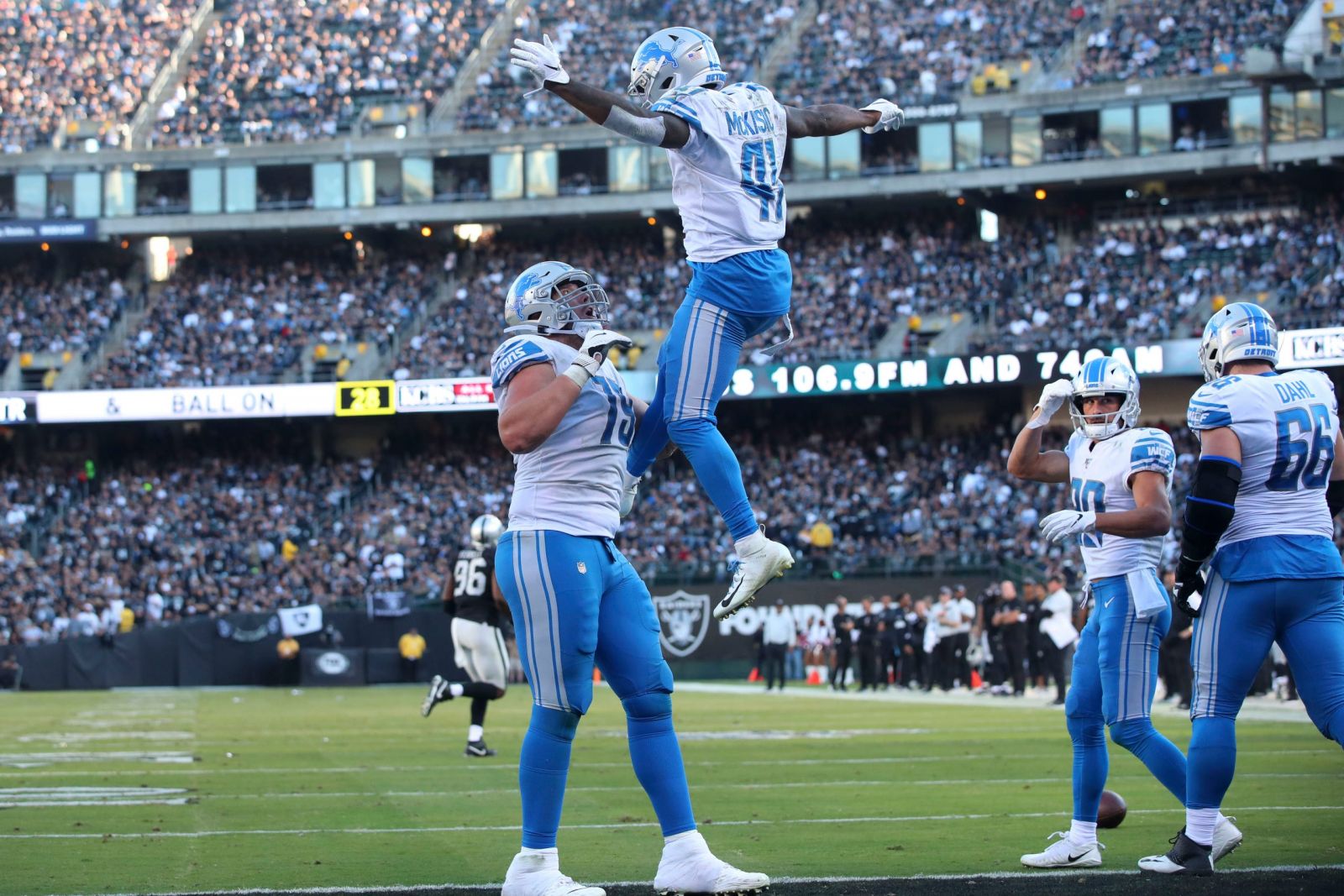 Photo courtesy of Cary Edmondson, USA Today Sports
In a valiant come back effort to win the game, Detroit came up one yard shy of tying the game. Eight seconds left on the clock 4th and goal at the Oakland 1-yard line. QB Matthew Stafford attempted to get the ball to Logan Thomas, however the Raiders saw the ball coming and stopped the play. Giving Oakland the 31-24 win.
Cleveland vs. Denver
In his first NFL start, quarterback Brandon Allen helped the team in a 24-19 win over Browns. Allen who is filling in for injured (thumb) QB Lock had no turnovers and threw two touchdown passes one of which was taken 75 yards by tight end Noah Fant. Denver will now go into a bye week.
Green Bay vs. Los Angeles Chargers
Joey Bosa and Melvin Ingram, who each had 1.5 sacks proved to be a little too much on Packers star Aaron Rodgers and the offensive line this week. Green Bay went into the half down 9-0 and upon return didn’t improve to any sort of big come back, conceding 26-11 to the Los Angeles Chargers.
New England vs. Baltimore 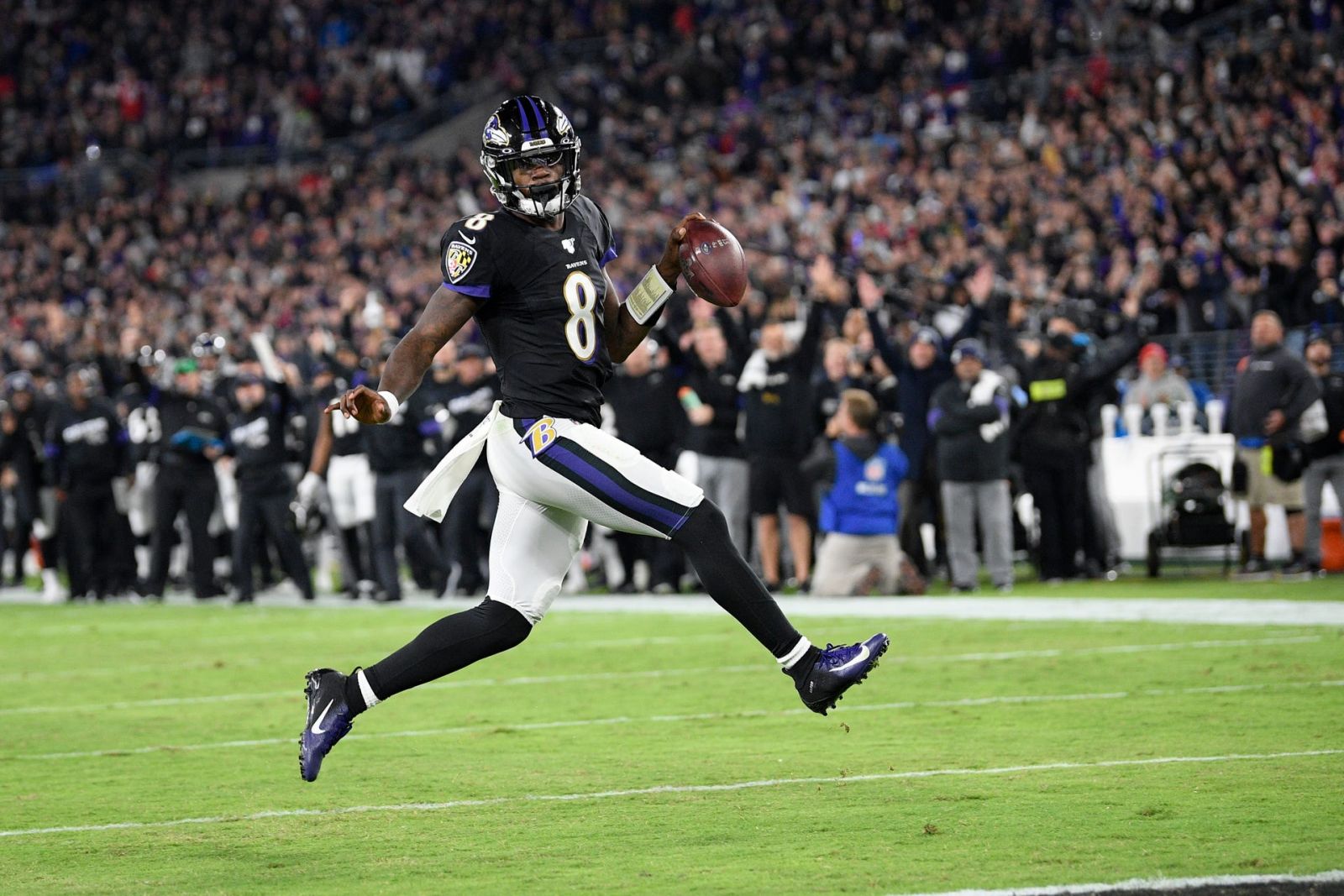 Photo courtesy of Nick Wass, AP
The Patriots have officially been knocked off their pedestal. No longer undefeated, as Baltimore took them down 37-20. The Ravens came out strong and determined at 17-0 early in the game. Belichick got out his blue sharpie and started making changes and it appeared New England was turning things around as they narrowed the gap. Lamar Jackson was not giving in though, using his running game (ran for two touch downs) along with a defense that refused to stop they took the win in the most action-packed game of the day.