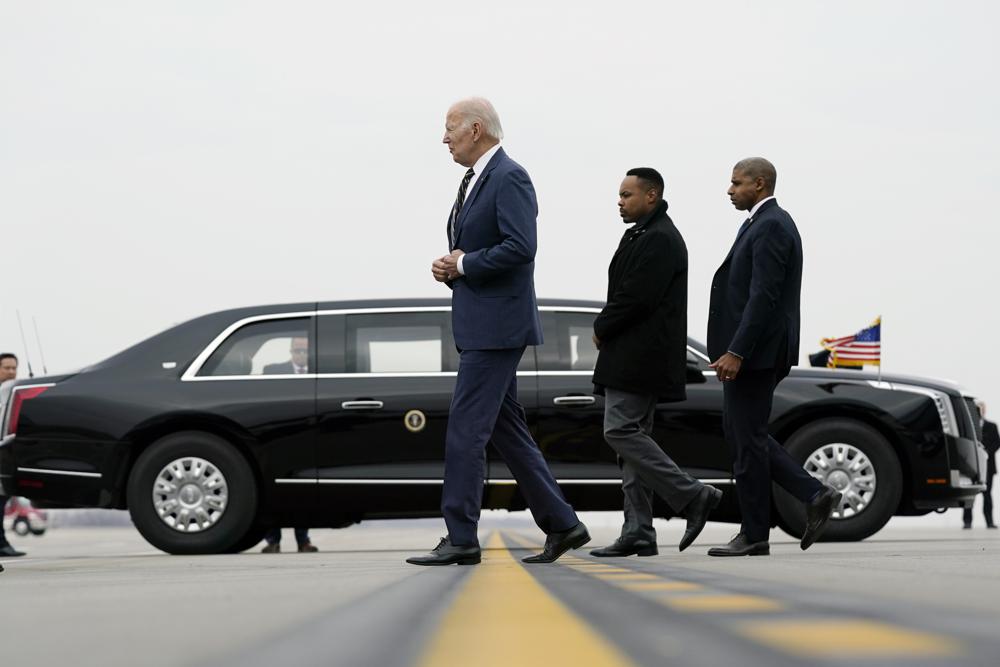 TORONTO. - President Joe Biden hit the road Tuesday to push his economic agenda, aiming to maintain momentum after his party’s better-than-expected showing in the midterm elections.

Biden visited Bay City, Michigan, on Tuesday to highlight a $300 million expansion of a semiconductor manufacturing plant. The facility, run by the South Korean company SK Siltron, is expected to quadruple its production in the coming years.

It’s the latest in a series of massive foreign investments in the U.S. manufacturing and technology sectors trumpeted by Biden amid a push by his administration to on-shore production of key components and products, after the COVID-19 pandemic pushed long-simmering supply chain issues to the brink. Biden has sought to boost his political fortunes with his attendance at ground-breaking and other ceremonies highlighting the historic investments, as he looked to help Democrats in the 2022 midterms and now as he eyes a repeat run for the White House in 2024.

Biden was appearing with Gov. Gretchen Whitmer, a Democrat who just won re-election in a closely watched race. Whitmer’s double-digit margin of victory over Tudor Dixon, a Republican who had denied the 2020 election results, has burnished her standing within her party.

A White House official, who insisted on anonymity to discuss details before Biden’s trip to Michigan, said the Democratic president’s remarks would extend beyond semiconductor manufacturing, which has been a priority of his administration. Biden also plans to emphasize falling gas prices and efforts to protect abortion access.

The president returned Sunday from Nantucket, Massachusetts, where he spent Thanksgiving with his family. Later this week, he will host French President Emmanuel Macron for the first state visit of his administration.