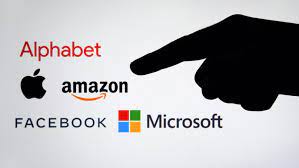 TORONTO. - Keen to buttress margins and appease investor concerns at a time of slowing sales growth, big U.S. technology firms are expected to whittle away at their bloated workforce and costs through the next few months, reversing pandemic-era excesses, analysts said.

Analysts have cut their total revenue projection for the five companies - Meta, Amazon, Apple Inc (AAPL.O), Alphabet Inc (GOOGL.O) and Microsoft Corp (MSFT.O) - by 5% to $561.4 billion as of January from October.

Big tech companies are expected to be among the biggest drags to S&P 500's eleven sectors, with the information technology sector projected to report an earnings decline of 9.5%, according to FactSet data. 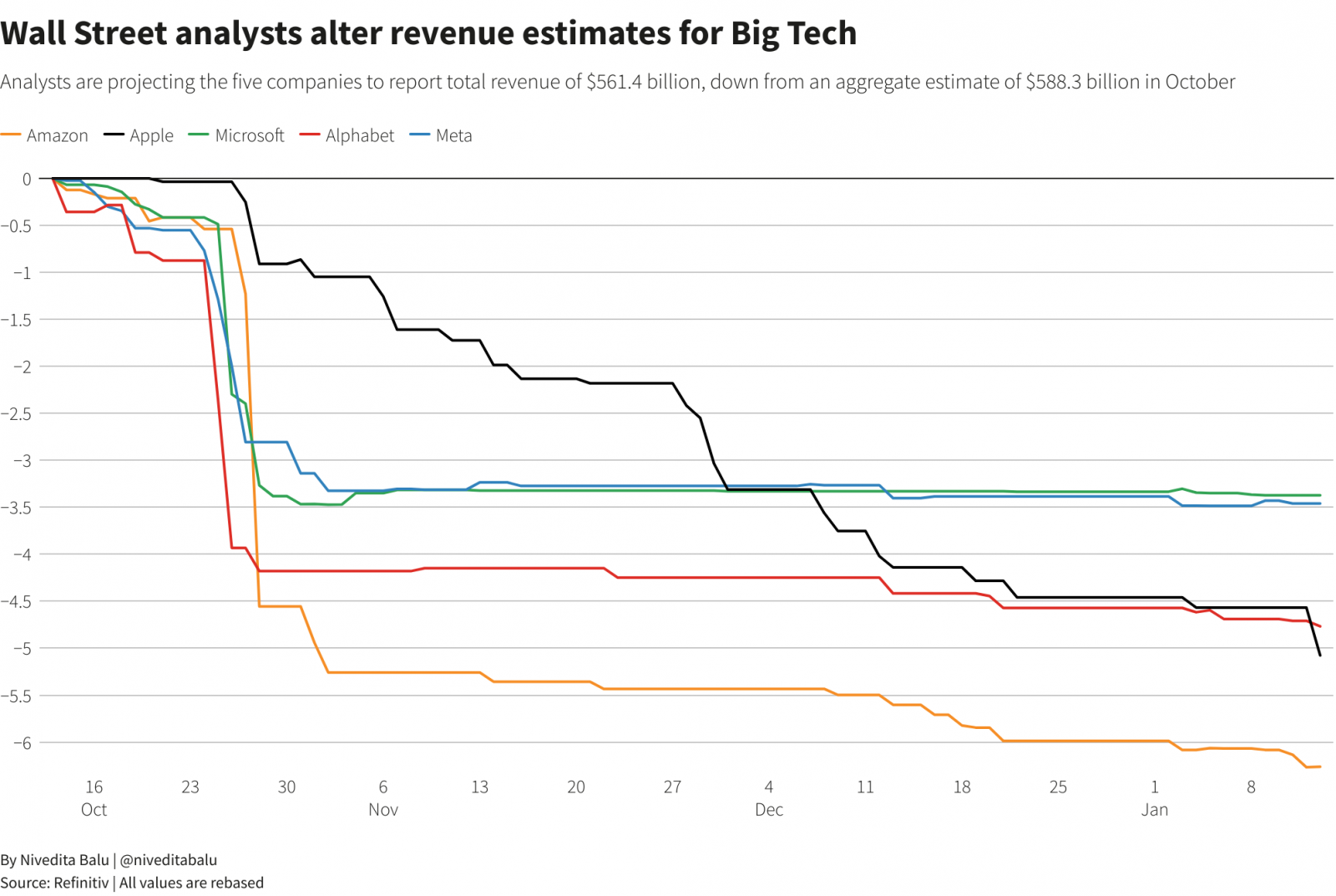 "I would not expect good news for a while ... at least for the next three quarters. I would expect more layoffs," said Siddharth Singhai, chief investment officer at investment firm Ironhold Capital.

Amazon, which is expected to report that earnings slumped 38% and revenue grew at the slowest pace in over 22 years, started communicating to staff on Wednesday whether they were laid off as part of its decision to cut 18,000 jobs.

The reduction in workforce came after the retailer overhired based on pandemic demand, echoing Meta's aggressive hiring to meet a surge in social media usage by stuck-at-home consumers.

Meta, which decided in November to chop 11,000 jobs, could see a 42% plunge in profit, its fifth straight quarter of decline. The company is also likely to see a 7% fall in revenue - its worst showing ever.

"We are forecasting another 5% to 10% headcount cut across the tech sector as many of these companies were spending money like 1980s rockstars," said Wedbush analyst Dan Ives.

Microsoft said on Wednesday it would eliminate 10,000 roles, affecting less than 5% of its employees. Analysts expect the company to report a 2.4% rise in revenue, the slowest pace in about 24 quarters. Profit is expected to fall 9%. 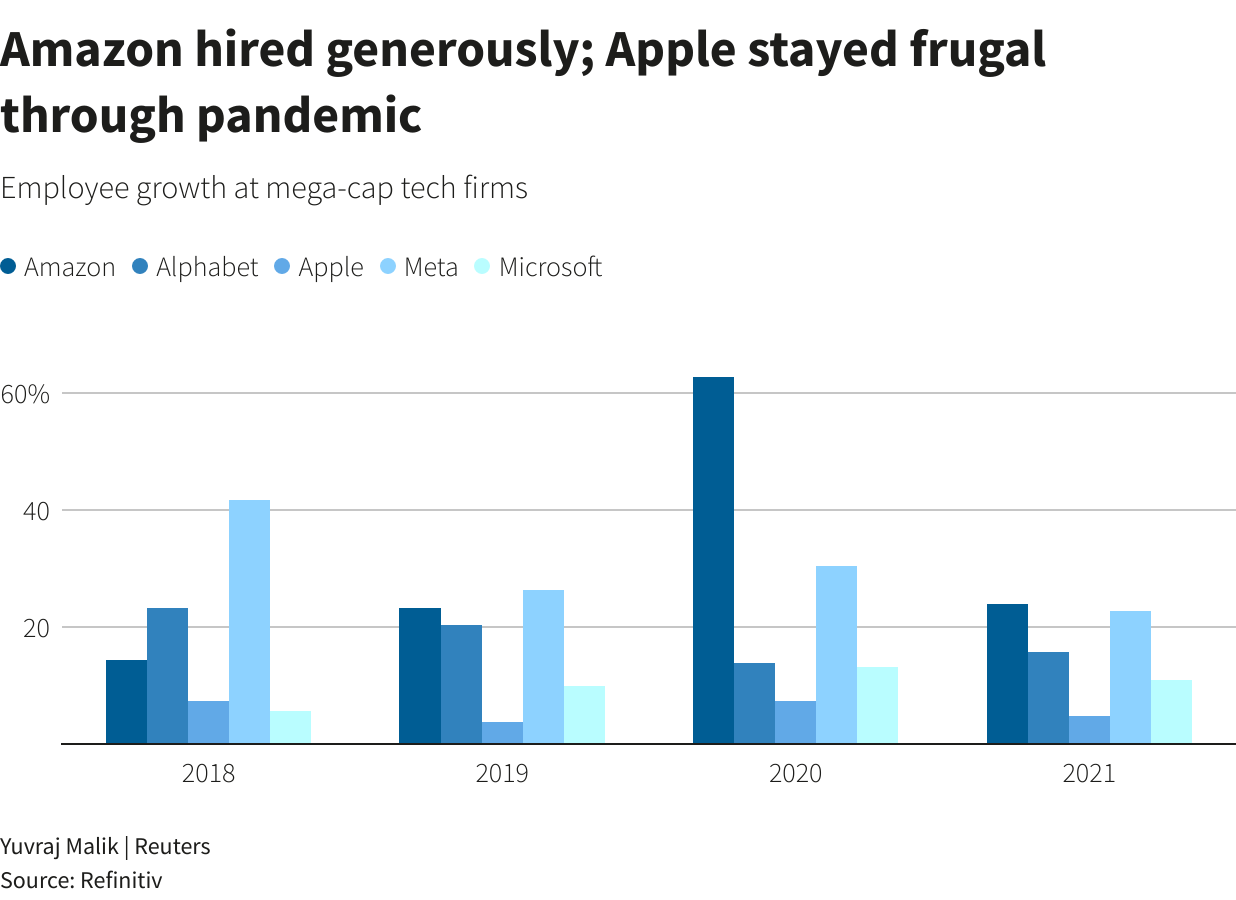 Apple's revenue is expected to fall for the first time in 15 quarters as its major supplier Foxconn (2317.TW) faced major disruption at the biggest iPhone factory in China due to worker unrest related to COVID curbs.

Revenue growth at Alphabet, which is slowing hiring and making "course corrections" to cut costs, is expected to be the slowest in 10 quarters.

To shore up stock prices, analysts said these companies could pour money into buybacks this year. Their shares fell between 26% and over 60% last year versus the broader market's nearly 20% decline.

They together have cash and cash equivalents of over $110 billion, with Amazon having the most and Meta having the least at the end of the September quarter