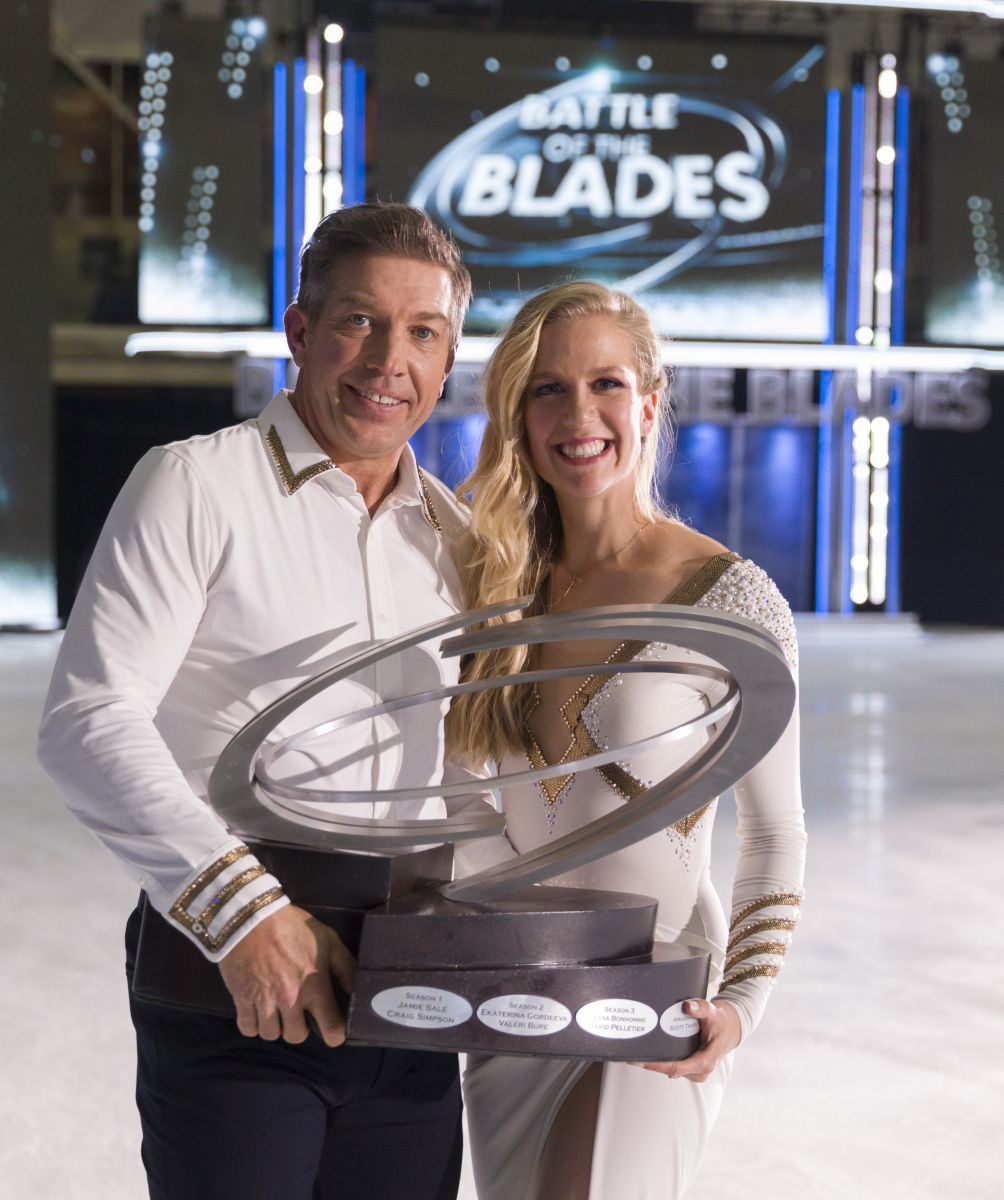 Photo courtesy of CBC Sports
By Jarred Bapty – BarnBurner.ca
TORONTO. - The winner of Season Five of the Battle of the Blades may have been a forgone conclusion to some since the beginning but, that shouldn’t take away from what it means for sports and hope.
Canada chose Sheldon Kennedy and Kaitlyn Weaver as the champions of season five, but also the champions of hope. Kennedy put himself on display throughout the show and allowed Canada to see his reform and that, no matter what, there's always light.
Kennedy and Weaver's win means $100,000 will be donated to the Canadian Tire Jumpstart program that helps kids less fortunate to participate in sports.
“One thing that I’m truly grateful for,” said Kennedy exclusively to Barnburner.ca after the show, “is the gift that we’re able to give the charity but, also the friendships we’ve been able to have and they wouldn’t have been there without the opportunity to skate with Kaitlyn.”
It came down to Kennedy and Weaver and Natalie Spooner and Andrew Poje in the top two after it was announced that Bruno Gervais and Ekaterina Gordeeva were announced in third place.
But the show itself was a celebration of the journey Canada has taken with the skaters over the past month and a half. All the pairs returned for a final group skate to kick off the show and were all on the ice for the announcement of the winner.
The three finalists had their own program, skating to Sam Smith’s ‘Dancing with a Stranger’. Every skater had a moment with the other as they all exchanged partners before reuniting as their competition pairs to close out the skate with flying lifts. It was a celebration of the work all the pairs put into the show and having to perform such daunting tasks with someone they’ve never met.
Head Judge Kurt Browning skated a passionate solo program while clips of all the skaters visiting and helping at their various charities played on the video boards. It brought tears to many eyes.
Elladj Baldé also skated a solo program, more of an intense, high-intensity piece.
So, Kennedy and Weaver get $100,000 for Jumpstart, Spooner and Poje get $35,000 for each of Fast and Female and Right to Play, while Gervais and Gordeeva get $30,000 for each of the Gervais Talbot Foundation and the Heart and Stroke Foundation.
Interviews coming on the next edition of Skateblade on Barnburner.ca.