Photo courtesy of Stuart Gradon, Total Soccer
By Giancarlo Aulino – BarnBurner.ca
TORONTO. - After a great Spring and Fall campaign followed by a two-leg final, Forge FC can officially say they are 2019 CPL Champions.  The Hamilton side came into the second leg with the 1-0 advantage and added another at Spruce Meadows to win The North Star Shield with a final score of 2-0 on aggregate.
David Choiniere’s goal in the 94th minute sealed the trophy for Forge as the home side Cavalry would need to score three goals in order to win as a result of the away goal.
Forge had the services of Golden Boot winner Tristan Borges, who had his red card suspension from the first leg overturned, ensuring that the team was at full strength and not having any disadvantage. 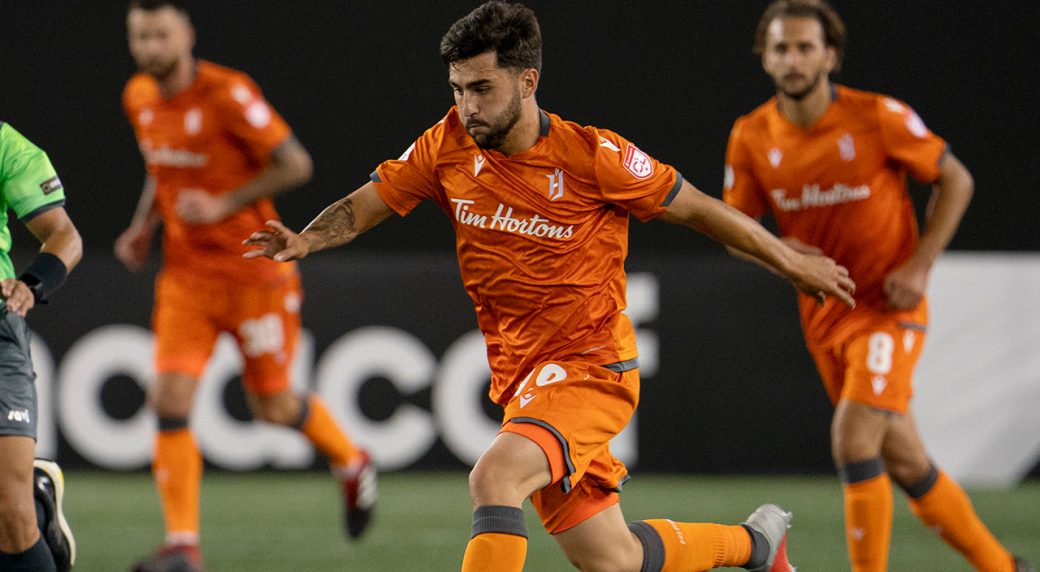 Photo courtesy of Peter Power, CP
Cavalry’s Dominique Malonga had a couple of great scoring opportunities but was unable to head the ball in the back of the net. Had Malonga scored in the 12th minute, the complexion of the game may have been entirely different.
Cavalry were the more desperate team in terms of their shot selection and rightfully so, they needed a goal to set the tone and needed more than one goal if they wanted to win in regulation and avoid extra time.
With that in mind, Forge played a little more reserved than they did a week ago and used Cavalry aggressive attack to their advantage; Choiniere was able to score in the 94th after Cavalry’s backline pushed up and joined the attack in an attempt to score, leaving goalkeeper Marco Carducci alone with no assistance when Forge were on the counter attack.