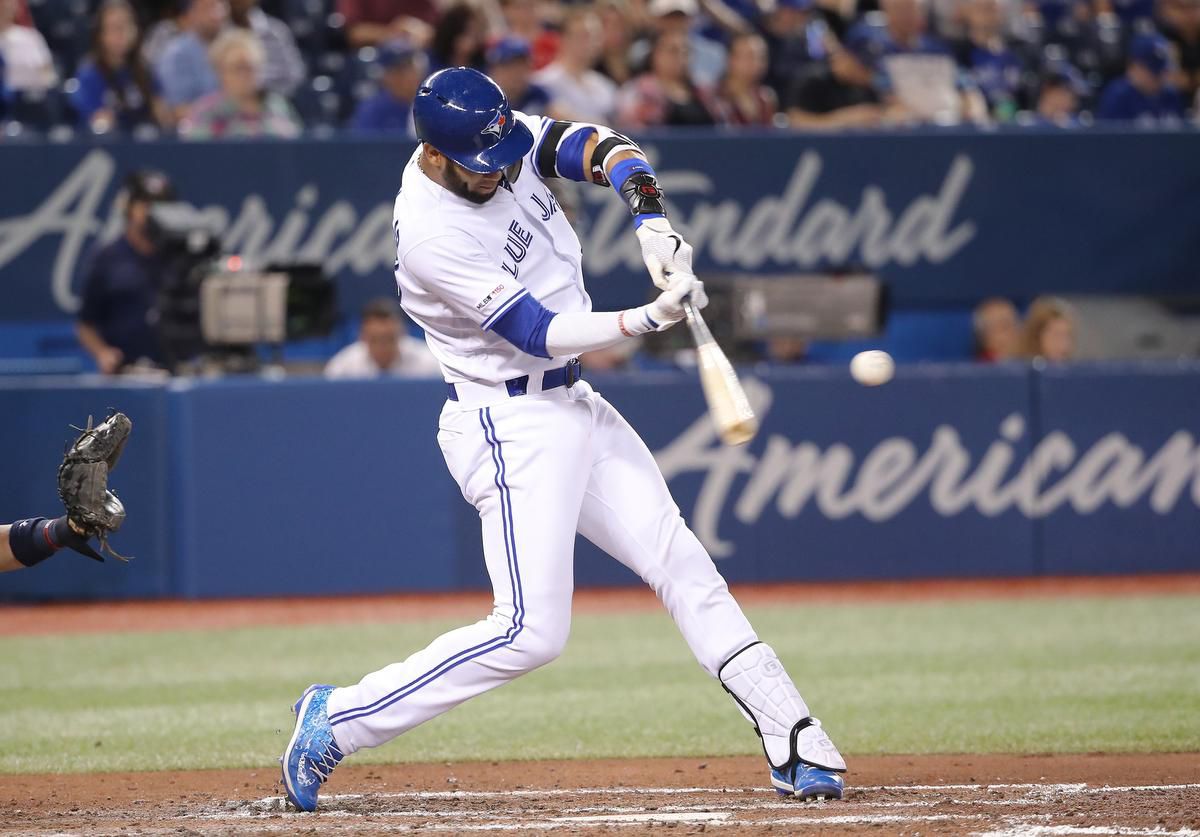 Photo courtesy of Tom Szczerbowski, Getty Images
By Eduardo Harari
Toronto. – All professional baseball players are looking to achieve 3 things during their major league careers; the most important is to get the chance to win the World Series, followed by receiving the respect of the fans by being selected to the All-Star Game and finally to get the numbers necessary to be selected to Cooperstown.
Of these three events, the All-Star selection is one the that most players have the best chance of achieving, as it is mostly selected by fans of the game. For Toronto players, the process is a little more complicated as it depends a lot on the attendance of fans to the stadium and the coverage the team receives in other markets.
This season the Toronto Blue Jays have not received the kind of coverage they used to get in previous years. It is a team with many young players who are just beginning their career and as the team management have said, a team in reconstruction. With all this the season has had its moments and at this moment the main story has been the stellar change of Lourdes Gurriel Jr.
Since his arrival in the major leagues, he was talked about in terms of having a long-lasting role in Toronto’s infield. What no one understood was why then in the off-season management went and acquired infield help.
The start of the season was no straightforward for Gurriel facing his first bad run of his major league career by hitting .241, driving 7 runs and striking out 8 times in 29 at-bats. The team management decided Lourdes needed a little more refinement and they sent him to Triple-A Buffalo on April 14.
During his stay with the Bisons the changes made were not only to his batting, but now his playing position as well, and he was trained to become a fielder, a position he had not played since his days with the Industriales in Cuba. After seven games in Buffalo’s left field, on May 24 he was promoted back to Bigs, where he was immediately placed in left field and where he has remained.
From his assent Gurriel bat and confidence have raised a new horizon for the team and the fans. Lourdes is batting .308 with 14 home runs, 33 Rbi’s and a .634 slugging. If that doesn't impress in the last week, he has 5 home runs, 8 runs in 30 at-bats with a slugging of 1,033.
After Friday night's game her prank manager opened the press conference saying "Ok, I'm here to ask Lourdes Gurriel to get a spot in the All-Star Game." "He's awesome, he's doing great. It's been exciting to see him evolve and he's playing very well offensively and defensively."
Lourdes' attitude has strengthened and is more dynamic. In 33 games as a left fielder, he contributed with 6 assists and has a perfect fielding percentage.
When interviewed about his new strengthening in both areas of the game Lourdes replied, "Definitely my defensive game has contributed to the success of my offensive numbers." "I feel more relaxed in my position in the outfield and with my success at the plate, I feel like I can help my teammates more."
Gurriel can reach the All-Star Game by being chosen by the American league manager and with the support of his teammates.
Toronto Blue Jays Rogers Communications MLB MLBPA Ross Atkins Charlie Montoyo Lourdes Gurriel Jr. Buffalo Bisons Industriales Tom Szczerbowski Getty Images Spanglish Sports World Frecuencia Deportiva Eduardo Harari La Portada Canada