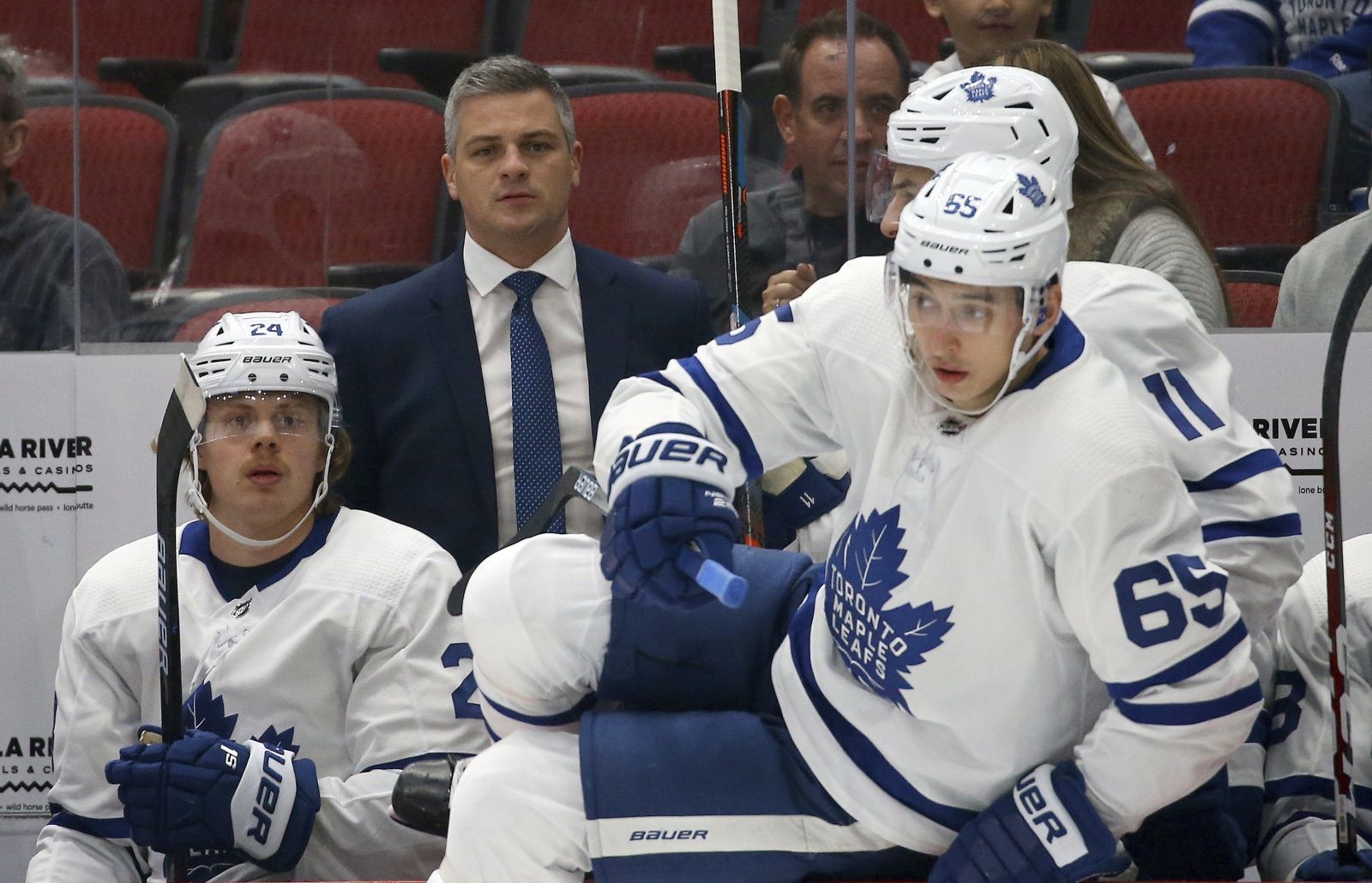 Photo courtesy of Ross D. Franklin, AP
By Eduardo Harari
TORONTO. – Many things can be said about the sudden change of atmosphere surrounding the locker room of the Toronto Maple Leafs since Sheldon Keefe took over the reigns of command from Mike Babcock.
It was last Thursday morning in Arizona that Sheldon Keefe was introduced as the new head coach of the Maple Leafs but during that morning skate in preparation for the evening game against the Coyotes that a knife cut through the thick wall of tensions the players had been feeling for the last couple of years.
At the morning skate Keefe spent most of his time talking and getting familiar with his team. He believes in the idea of teaching the game and not focusing on the rigorous drills that may create discontent with the players.
"We've got a lot of talent and the ability to make life hard on the other team in a lot of ways," he said. "Focusing on that, we believe, will produce positive results. Because the players are good enough for that to happen."
Keefe has a talented pool of veterans and youth to work with including Auston Matthews, John Tavares, Mitch Marner, William Nylander and Zack Hyman amongst others. The players welcomed the change of direction the organization has taken.
Tavares said there were "many mixed emotions" because Babcock was so dedicated and committed to the team. He said the team feels a burden because it hasn't played up to expectations but is "turning the page" and moving forward.
"Sheldon's got a great mind for the game," Tavares said. "We're excited about the energy and the things he's bringing and trying to improve from where we're at."
And although the transition won’t be easy the new commander has the respect and support of the management.
Dubas said the franchise must show patience as Keefe, a first-time NHL coach, embarks on the difficult task of taking over a team midseason and trying to quickly turn things around.
He's confident the players understand there will be ups and down.
He's also aware that outside perception might be a little less forgiving.
"It's all part of what makes working and playing in Toronto great," Dubas said. "You can't go anywhere in Toronto without people caring deeply about the team. I read the greatest quote this morning on the way here: 'You can look at it as a burden or look at it as a trampoline."'
With the Babcock era over in Toronto, Marner and his current Leafs teammates are looking forward to turning the page with Keefe behind the bench.
"I think that their minds just weren't thinking freely and you can see the last couple games, a couple of those guys have just gone out there and are having fun with the puck and are doing their skills and doing their thing and it's helped our team out a lot," Marner said.
That evening in Arizona, Matthews and company put a demonstration of the talent the teams new chief will have at his disposal. The Leafs gave Keefe his first victory in the NHL with a 3 – 1 performance, he will cherish for a while. 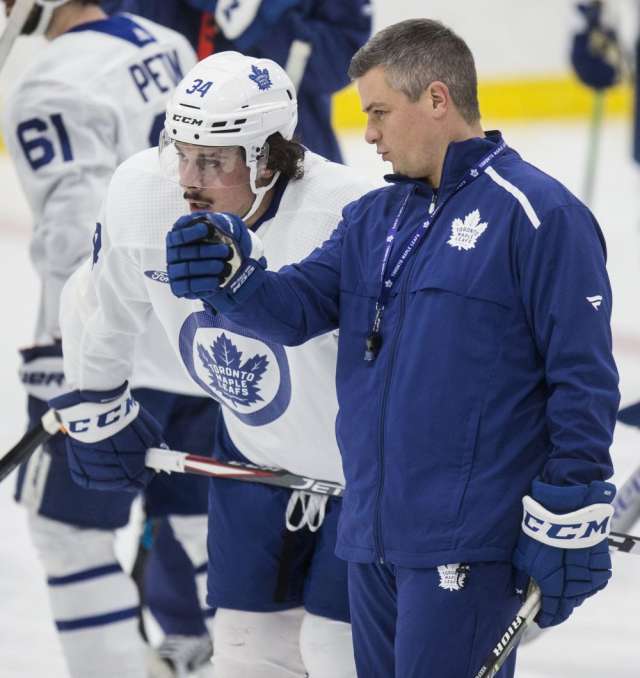 Photo courtesy of Craig Robertson, Toronto Sun
"It's a pretty special night for a lot of guys here and a big two points, with everything that's been going on last couple weeks here, and the last 36 hours," Matthews said.
Keefe is also a very humble and charismatic coach that is always tries to put the work his players do at the forefront from day one.
"Guys played well, and more importantly than how we play, I thought we had really good energy," said Keefe. "I was really impressed with my first-time being part of the group, the interaction of the players on the bench, the energy, the vibe."
"We asked a lot of them, a lot of new things coming at them," Keefe said. "We tried to keep things as simple as possible, but it's still new things coming at them. We came up with a very good effort right to the end."
Two nights later in Colorado, Toronto jumped out to an early lead against the Avalanche which they never surrendered, awarding Keefe his second victory in as many games.
He inserted Denver native Nick Shore into the lineup against Colorado and made sure Tyson Barrie and Alexander Kerfoot started in their first game against the Avalanche following the off-season trade that brought the pair to Toronto.
"We want to make it a priority," Keefe said of working to keep spirits high. "We want to be a team that's thriving.
"We want an environment that's vibrant."
"I've been prepared and been able to handle things as they've come," he said. "A lot of the credit goes to the [coaching] staff and the players, just for how welcoming they've been, how easy they've been to talk to, how supportive they've been.
"All those things have helped my cause here and made it a lot easier."
Keefe has already put his stamp on a team, insisting the talent-rich roster express itself offensively. That, in turn, should mean less time spent defending.
"He says it how it is and gives us really good direction in how we want to play the next shift, next period, next game," Leafs captain John Tavares said. "The group's responded well."
"He's really passionate," added Toronto centre Auston Matthews, whose team continues a six-game road trip Wednesday in Detroit. "He brings a real energy in the locker room. The message he's trying to get across is for us to just play hockey. We want to lay down the foundation."