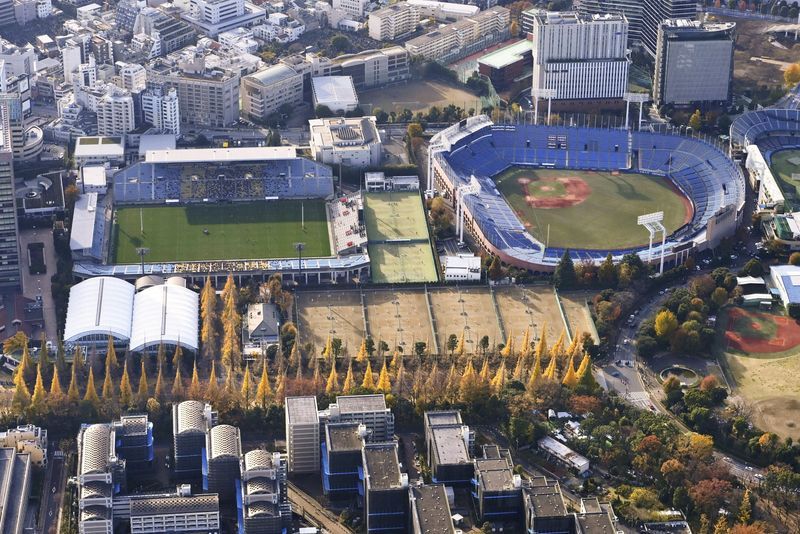 TORONTO. - Thousands of baseball fans have signed a petition to save an iconic Tokyo stadium nearly a century old where Babe Ruth once played, and which inspired best-selling author Haruki Murakami to first pick up a pen.

Meiji Jingu Stadium, often compared to legendary U.S. baseball venues Wrigley Field and Fenway Park, is slated to be torn down and rebuilt in a massive redevelopment project that would surround it and an equally famed rugby ground with towering skyscrapers and hotels.

"The citizens of Tokyo are going to regret it," said Robert Whiting, who has written books on Japanese baseball and who over the weekend started an online petition to save the stadium, which "reeks of history."

"They're going to lose a really beautiful, quiet, relaxing spot and a great place to watch a baseball game," he told Reuters.

Built in 1926, Jingu is home to the Yakult Swallows, a team that has both plumbed the depths and been five-time national champions and has echoed with generations of fervent fans cheering their team by waving umbrellas and singing - activities Whiting said might be curtailed in the new stadium.

Babe Ruth and Lou Gehrig played there in 1934 as part of a Japanese tour, making the stadium only one of a handful remaining where Ruth played.

Murakami said he was drinking a beer and watching a game in 1978 when he first thought of writing a novel. He bought a pen and paper on his way home and began writing his first book, "Hear the Wind Sing," that night.

Mitsui Fudosan Co Ltd, one of the developers, said that they were aware of the opposition and taking steps to reflect it, but that basic development decisions were made by the Tokyo government.