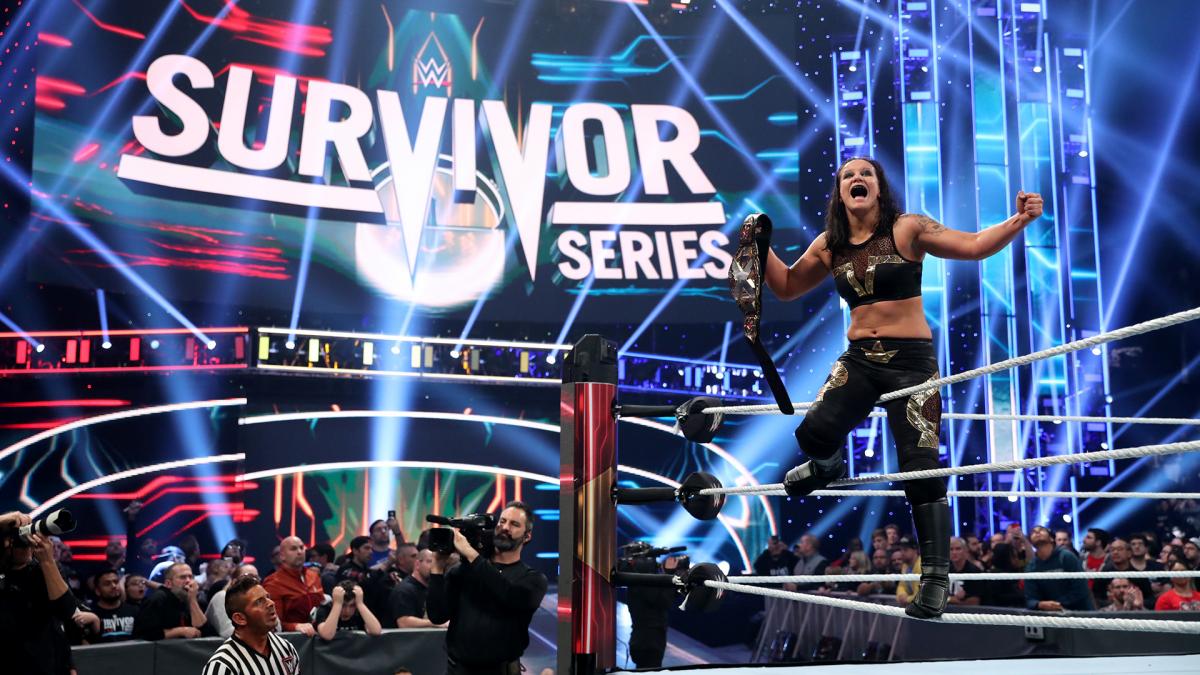 Photo courtesy of WWE
By Giancarlo Aulino – BarnBurner.ca
TORONTO. - The 33rd annual Survivor Series PPV event took place Sunday night and ended being the coming out party for WWE’s third brand, NXT. Each brand vs brand vs brand matchup saw an NXT superstar have a breakout performance and new stars being created for the company.
The PPV started off with the women’s Survivor Series tag team match, which ended with Rhea Ripley carry the momentum she gained from SmackDown and NXT TakeOver: WarGames and put on an excellent performance and led Team NXT to victory. This was a significant win for Ripley because it looks as though she could be the face of the NXT women’s division and dethrone Shayna Baszler.
NXT was just getting started as the tag match was followed by the triple threat match between Intercontinental Champion Shinsuke Nakamura, US Champion AJ Styles, NXT North American Champion Roderick Strong. The match was a great showcase of what each competitor brings to their respective brand and Strong getting the big win helps make the North American championship a lot more relevant because of the caliber of champions he was up against.
Although NXT would later come up short in the men’s Survivor Series 5-on-5-on-5 tag match, it still provided notable exchanges between Braun Strowman and Walter, and Braun Strowman and Keith Lee, but it was the eliminations that were significant for the careers of Matt Riddle and Keith Lee; Matt Riddle eliminated Randy Orton and Keith Lee eliminated Seth Rollins, before being defeated by Roman Reigns in the final fall of the match.
Riddle was eliminated immediately after he eliminated Orton, but having an elimination over a man that has made a career of being the sole survivor in multiple Survivor Series matchups is a great accomplishment for “The King of the Bros.”
As it pertains to Lee, he ended up being the last man standing for Team NXT and eliminated Seth Rollins after it looked like the odds were stacked against him. Both Rollins and Reigns, former members of The Shield, double teamed Lee to eliminate him from the match, however Lee held his own and managed to fight them off. Even though Roman Reigns and Team SmackDown went over in this match, it is safe to say that Keith Lee, along with Team NXT, got over in this match.
It was now NXT Women’s Champion Shayna Baszler’s turn to get another win for NXT, when she took on Raw Women’s Champion Becky Lynch and SmackDown Women’s Champion Bayley in a triple threat match. After a grueling back-and-forth match, Baszler was able to apply the Kirifuda Clutch on Bayley and forcing her to tap out, to secure the win for NXT.
It’ll be interesting to see the fallout of Survivor Series, but the big wins for NXT will most likely have a positive impact in their Wednesday night ratings battle with AEW: Dynamite.