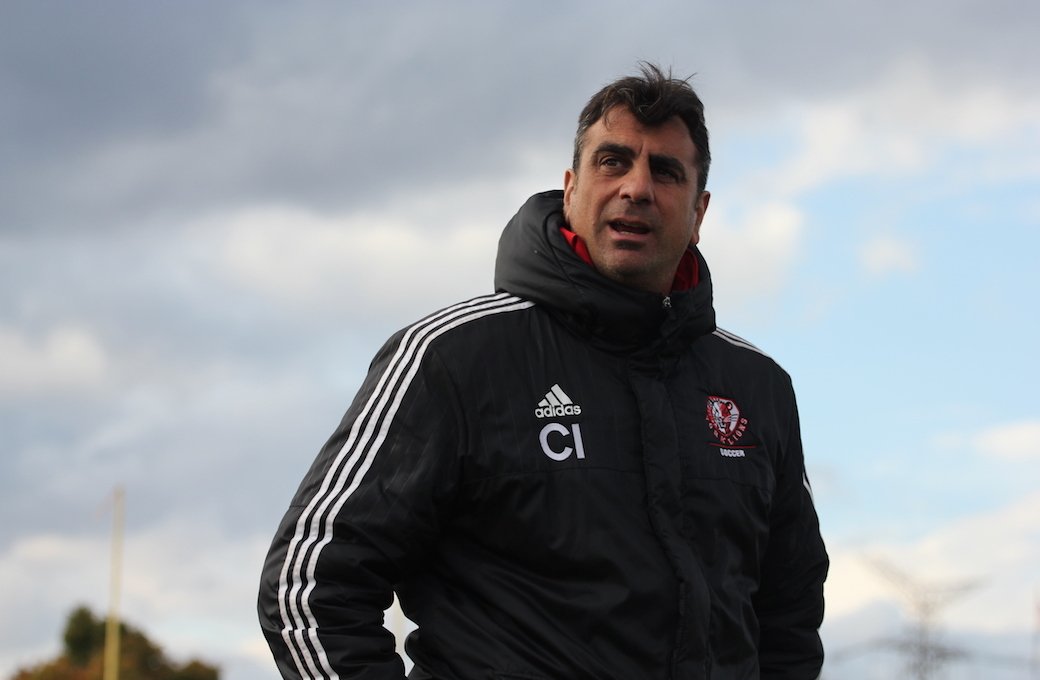 Photo courtesy of Usports.ca
By Giancarlo Aulino – BarnBurner.ca
TORONTO. -  Congratulations are in order for Carmine Isacco as it was announced that he'll be honoured at the annual YRSA Hall of Fame event in December. Carmine is currently the Master Coach of the York U Lions and assistant coach of York 9 FC in the Canadian Premier League.
For years, Carmine has coached and developed a who's who of young Canadian soccer players, which has led to York University earning an excellent reputation as a soccer powerhouse in University athletics.
Vaughan Soccer Club made the announcement on their Twitter page and congratulated Carmine for his dedication to the community:
"We are super excited to announce that Carmine Isacco will be honoured at the upcoming annual YRSA Hall of Fame event on December 6th. Carmine has been part of the VSC family and fabric for 15 plus years! He has been our leader on and off the pitch. We’ve seen firsthand his impact as a leader, mentor, coach, father figure and friend! We look forward to celebrating this special day with him, family, friends and soccer colleagues from York Region. Congratulations and Well-deserved Carmine!"
In addition, Carmine was a weekly guest on BarnBurner's "CPL Back of the Net" show with Joe Peisich and I, and did an excellent job providing insight into the day to day of York 9 FC and the York U Lions. Carmine would recap York 9's previous match and breakdown the team's upcoming matches in terms of tactics, performance, and fanbase.
Carmine has left a lasting impression on every player he's coached. While speaking to York 9 FC midfielder Ryan Telfer this season, he praised Carmine's coaching style and influence both on and off the pitch:
"It's that special connection that Carm has with his players. Something about him makes him get the best out his players. Mark-Anthony (Kaye), Matt Arnone, Dylan Sacramento...all these who have gone on to represent these professional teams and it's something special to know that you have a handful of players from York University that go on to represent even on the international level as well and it's a really special feeling to be a part of that York University family."
The annual YRSA Hall of Fame event takes place Friday, December 6th in Thornhill, Ontario.