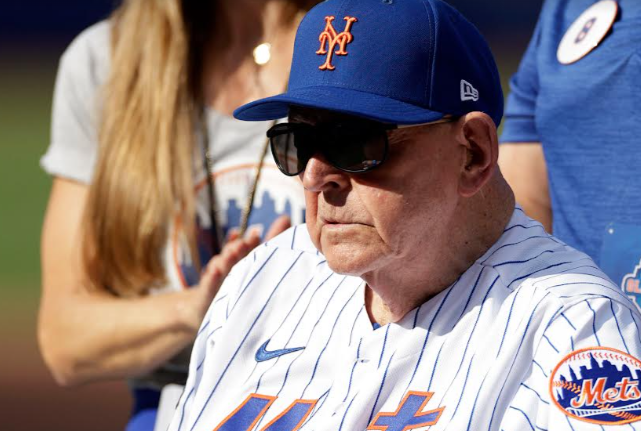 Thomas was a member of the original Mets team in 1962 and spent three seasons playing outfield, first base and third base for the franchise.

Thomas returned to Citi Field in August for the return of Old Timers' Day.

"I'm so thankful that my dad was able to go to Old Timers' Day," Thomas' daughter Maryanne Pacconi said in a statement from the Mets. "It meant the world to him to see his old teammates. I was thrilled with how the fans greeted him. I was so happy to see him in uniform again. We will treasure those memories forever."

Thomas was a three-time All-Star and received votes for Most Valuable Player in five different seasons over the course of his 16-year career . He finished as high as fourth in MVP voting in 1958 with the Pittsburgh Pirates when he slashed .281/.334/.528 with 35 home runs, 109 RBI and 89 runs.

During his career, Thomas slashed .266/.320/.454 with 286 home runs, 262 doubles and 962 RBI. He began his career in 1951 with the Pirates and later spent time with the Cincinnati Reds, Chicago Cubs, Milwaukee Braves, Mets, Philadelphia Phillies and Houston Astros.