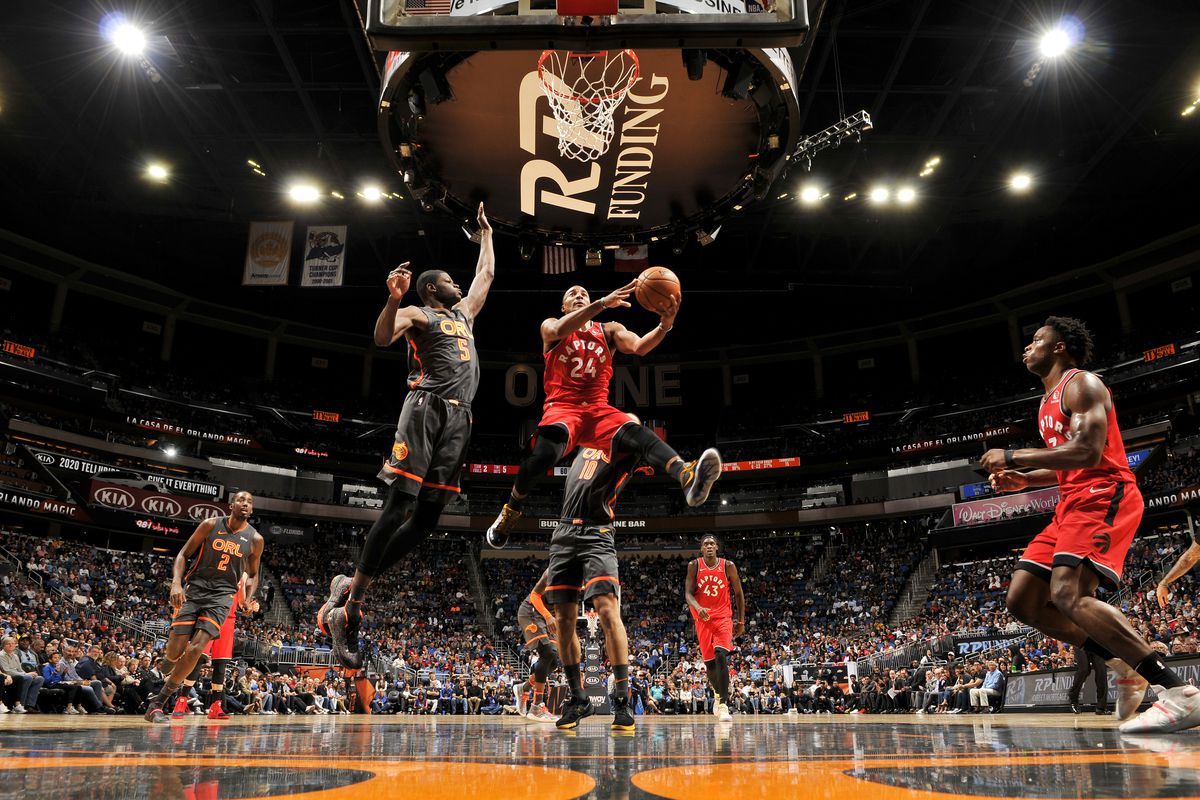 Photo courtesy of Fernando Medina, NBAE, Getty Images
By Veronica Harris, BarnBurner.ca
TORONTO. - But be careful. They next four games aren't going to be a walk in the park.
Now there it is! There is the creativity im looking for from teams when rolling out these “City Edition” jerseys. They looked like the Team North America hockey jerseys, neon orange and black. But, that’s enough of the jerseys. Toronto flew down to Florida to play theMagic for the second time this season.These two teams are always fun to watch, especially since last season during the playoffs. No real know rivalry -yet!
Arron Gordon will step back into the lineup for Orlando and join Canadian Khem Birch, and  always improving Markelle Futltz. Gasol would start for Toronto but I’m wondering when Nick Nurse is going to give Chris Boucher the stick and let him start because at this point for me, even though Toronto is doing very well, I think Boucher deserves it.  Speaking of Boucher, he committed to the Canadian National Olympic team.
Orlando kicks off the game with back to back three balls to take an early lead. They would go on a 4-0 run and keep Toronto at 9 pts for a couple minutes. Then comes (undrafted) Terrance Davis and would lead Toronto on a 9-0 run.
This was a big game for Toronto. Not only the fact that they picked up their sixth straight win but for Davis and Norman Powell as well.
Toronto will go home and welcome the Utah Jazz who are sitting at 12-7. The Jazz have been pretty quiet this season but are still a total threat! It will be an early game as it is on Sunday, tip off at 1:00pm.
Toronto 90-83 Orlando
Toronto Raptors MLSE NBA NBAPA Larry Tenenbaum Masai Ujiri Wayne Embry Bobby Webster Dan Tolzman Nick Nurse OG Anunoby Chris Boucher Oshae Brissett Terence Davis Marc Gasol Dewan Hernandez Rondae Hollis-Jefferson Serge Ibaka Stanley Johnson Kyle Lowry Patrick McCaw Malcolm Miller Shamorie Ponds Norman Powell Pascal Siakam Matt Thomas Fred Van Vleet Orlando Magic Fernando Medina NBAE Getty Images Veronica Harris BarnBurner.ca KBuenaRadio.TV Spanglish Sports World La Portada Canada