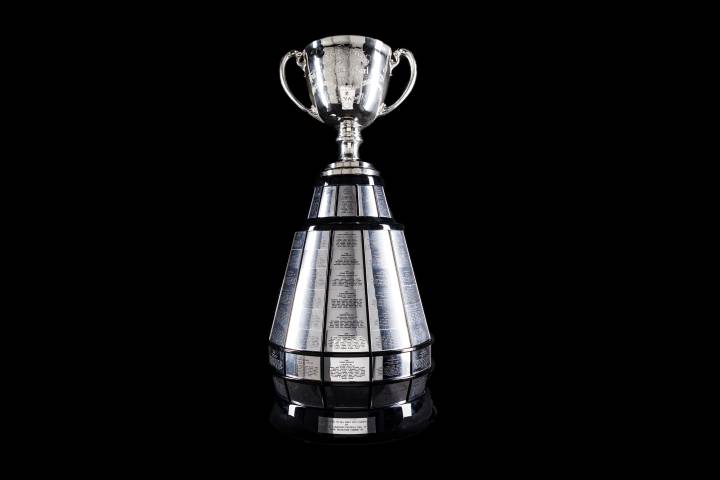 Photo courtesy of CFL Advanced Media
By Jarred Bapty – BarnBurner.ca
TORONTO. - With Week 21 in the CFL wrapped up, the playoff picture is set for another thrilling road to the 107th Grey Cup at McMahon Stadium.
The East Division – Semi-Final 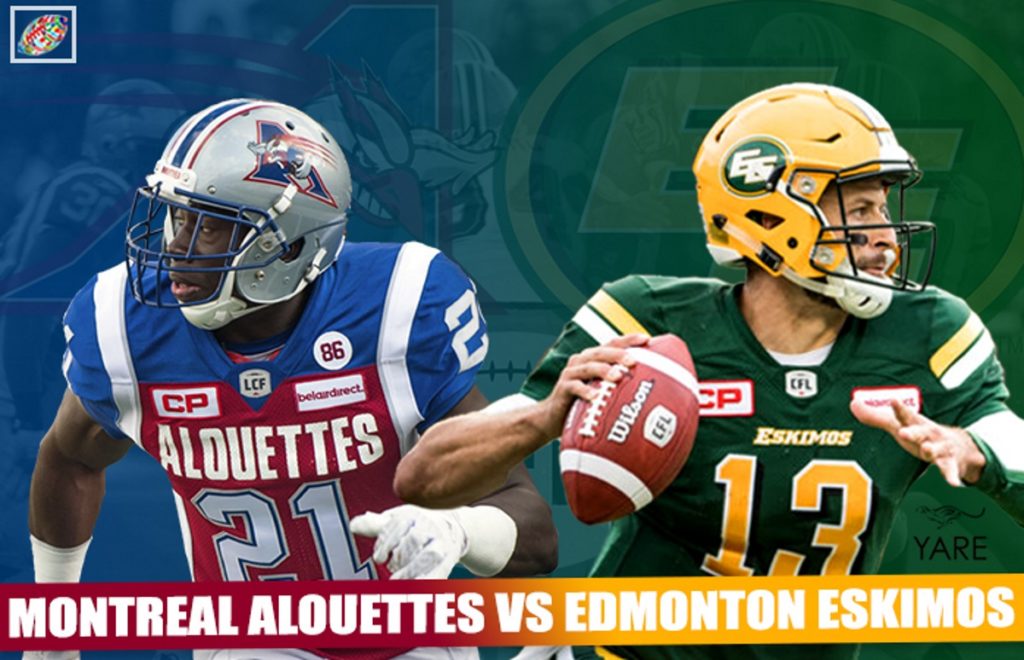 Graphic courtesy of IGOR LAZAREVIC
For the 15th time in CFL history, a Western team has crossed over to play in the Eastern Semi-Final. The Edmonton Eskimos clawed to an 8-10 record and scored a playoff berth, despite a worse record than their 9-9 record last season when they missed the cut.
Trevor Harris should be ready for Sunday’s game in Montreal, along with their three staples on offence, C.J. Gable, Ricky Collins Jr., and Greg Ellingson. Harris was activated off the six-game injured list on Oct. 21st after leaving the Labour Day Classic in the first quarter with an injury to his throwing arm. He did not play in Edmonton’s 23-13 loss to Saskatchewan to close out the season.
Montreal is back in the playoffs for the first time since 2014 under the newly-tuned arm of Vernon Adams Jr.. After bouncing around the league for two seasons, he returned to Montreal in 2018 and finally got his shot when an injury to Antonio Pipkin early this season left an opening in the pocket. Adams Jr. has posted career numbers across the board and finished fourth in passing yards with 3942 and 24 touchdowns, good for second in passing majors.
Head Coach Khari Jones, who stepped in six days before their season opener, has been able to motivate this Montreal team to more consistent victories as the season went on, a coaching style that has worked well for Adams Jr.
Montreal and Edmonton haven’t met since Week 6 in Montreal, when the Als doubled up the Eskimos 20-10. This low-scoring affair at Molson Stadium saw zero touchdowns for the Eskimos while Harris threw two interceptions and 271 yards.
Edmonton just 3-6 on the road but, Montreal 6-3 at home. So not impossible, but a hill to climb for the Eskimos. No crossover team has ever made it to the Grey Cup.
The West Division – Semi-Final 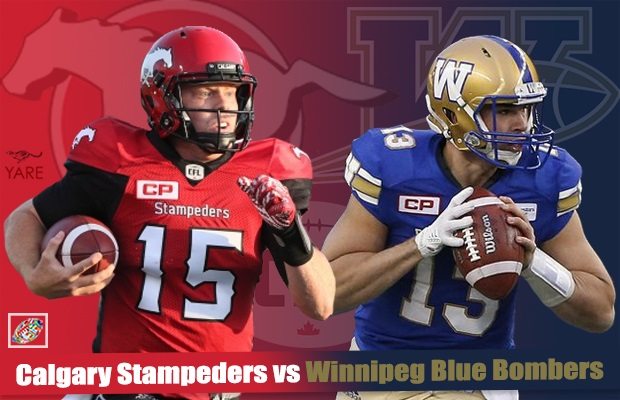 Graphic courtesy of IGOR LAZAREVIC
McMahon stadium will see two playoff games this November but, the first one isn’t what most Calgary fans were hoping for. Calgary hasn’t hosted a Semi-Final since 2015. That’s because they’ve won the division every year following, until 2019.
Bo Levi Mitchell has been good since he returned from injury for the Labour Day Classic but, not fully the Bo Levi Mitchell the CFL is used to. Having played just 11 games this season, Mitchell has thrown at an interception per game pace, while off setting that with 19 touchdowns and 3464 yards passing. He also has the second-lowest completion percentage of quarterbacks who have played at least 11 games at just 66%.
Calgary shakily steps into the playoffs having gone 3-2 in their last five to host the Winnipeg Blue Bombers, another team that suffered detrimental injuries and fell off the mark this season.
Matt Nichols went down mid-August for the Bombers and that’s when they began to fall out of first in the West, a position they had held all season. Nichols was on pace for another career year across the board.
Chris Streveler was doing all he could to keep Winnipeg afloat but, it wasn’t enough. The Bombers decided to acquire Collaros from the Argonauts who hadn’t used him since trading for him at the end of July. He stepped in for Week 20 versus Calgary and led the Bombers to a nail-biting 29-28 victory at home.
Calgary will also have to contain the league’s best running game with Harris on the ground for Winnipeg. The league’s leading rusher contributed 1380 yards to the Bombers’ total 2663-yard rushing offence.
The Bombers went 2-1 against Calgary with both wins coming at IG field. There was a difference of six total points in all three games, the biggest win for Calgary at McMahon stadium by just four points, 37-33.