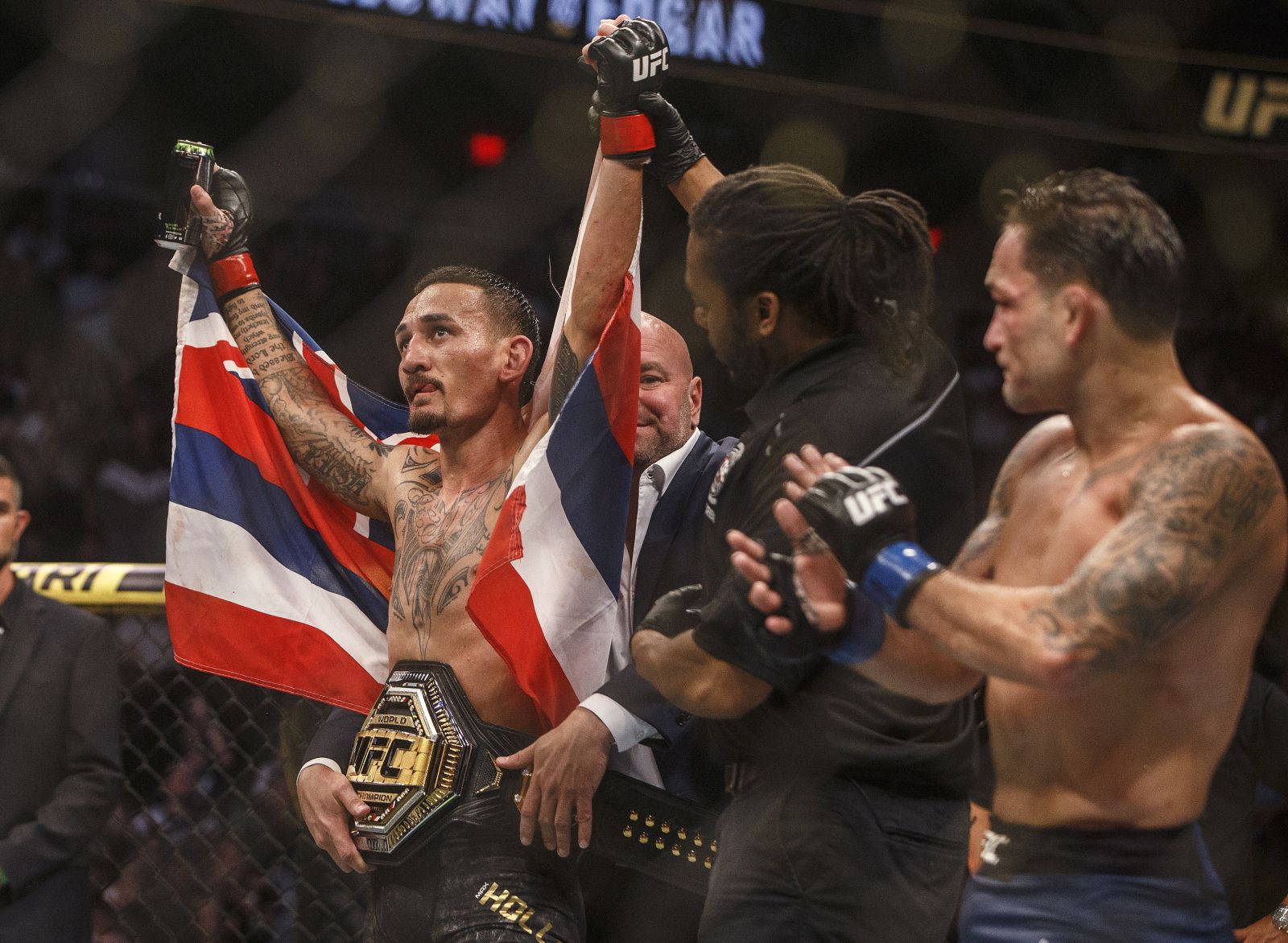 By Giancarlo Aulino
BarnBurner.ca
TORONTO. - UFC Featherweight Champion Max ‘Blessed’ Holloway defeated Frankie ‘The Answer’ Edgar by unanimous decision in the main event of UFC 240 last night to remain champion.
The fight was competitive early on; Edgar was having success with his movement and combinations and Holloway was having success in the timing of his strike and was able to connect with uppercuts that look to have stunned the challenger.
Once the fight got into the later rounds, Holloway took full control and put Edgar in some uncomfortable situations with his jabs, which resulted in blood coming out of Edgar’s nose. The champion continued with his game plan and didn’t take any unnecessary risks for the sake of finishing Edgar.
With that said, Edgar found himself in a position where he was forced to shoot for takedowns and be the aggressor or throw wild strikes to get the knockout win because it was evident that after the previous rounds, Holloway had won a majority of the rounds on the scorecard.
The question once again after the fight was whether Holloway would try another move back up to lightweight and fight at 155lbs or if he would be defending his UFC Featherweight Championship against the next contender in line, which is currently Alexander Volkanovski, who is coming off a unanimous decision win over former champion Jose Aldo.
With the win over another former UFC champion, Holloway is now at a point in his career where he has basically cleaned out the division and beaten all the top guys, much like Georges St-Pierre, Anderson Silva, and Demetrious Johnson have done in the past.
Holloway could be in a similar position as current UFC Light-Heavyweight Champion Jon Jones where he continues to fight the next contender in line for a title shot in the division but from a business standpoint, there are a lot more lucrative matchups should he move up a weight-class.
UFC UFC 240 Max ‘Blessed’ Holloway Frankie ‘The Answer’ Edgar Alexander Volkanovski Georges St-Pierre Anderson Silva Demetrious Johnson Jon Jones Associated Press USA Today Sports Spanglish Sports World Giancarlo Aulino Barn Burner Network KBuena Radio TV La Portada Canada

Egan Bernal and Colombia at the top of the World